The new music has received early critical acclaim and is streaming in its entirety at The New York Times HERE.

To celebrate the release, Sabina will embark on select tour dates on the east coast. 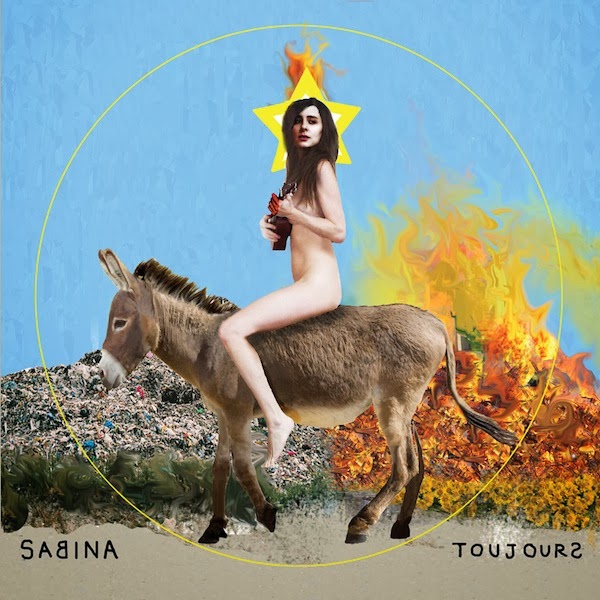 The first solo album Toujours from critically lauded artist and performer Sabina is available now on Bar/None Records. The new music has received early critical acclaim from The New York Times hailing, “She’s still the nonchalant, elusive, sophisticated and resolutely hedonistic figure she plays in Brazilian Girls songs… She’s charming when she shows her wry bravado…” while Boston Globe exclaims, “Sabina Sciubba is a goddess” and Consequence of Sound notes, “There’s a kind of global interplay with her vocals.”

Best known as a co-founding member of the Grammy-nominated band Brazilian Girls, the debut record rediscovers Sabina’s unique voice, anthemic songwriting, and her signature multi-lingual story-telling, albeit this time within a quite different musical setting.

Toujours was recorded, produced and arranged by Sabina as well as Brazilian Girls producer Frederik Rubens. Of the recording process, Sabina notes, “I started this project on the acoustic guitar, as an escape, in a way, from the party music I’ve been doing for some time. But after a while I felt like I had gone off too far, I was out in the woods, so I came back to the city—And the city was Paris. Frederik and I started working on a few of the songs with an electric guitar. It took a more rock, more lavish direction, still intimate, but not sleepy. It felt right.”

The new music is inspired by the rock and pop classics of the ‘60s and ‘70s but within more contemporary recording techniques. On the song “The Sun,” Sabina duets with ADANOWSKY (alias Adan Jodorowsky)—singer and filmmaker in his own right and son of Chilean filmmaker Alejandro Jodorowsky.

Born in Rome to a German mother and an Italian father, Sabina lived in Italy, Germany, then France before coming to the U.S. She was in New York City for a decade before returning to Paris, where she now resides. Her own story is really what set the background for her sound.