Save the Dates
ChiIL Live Shows On Our Radar: 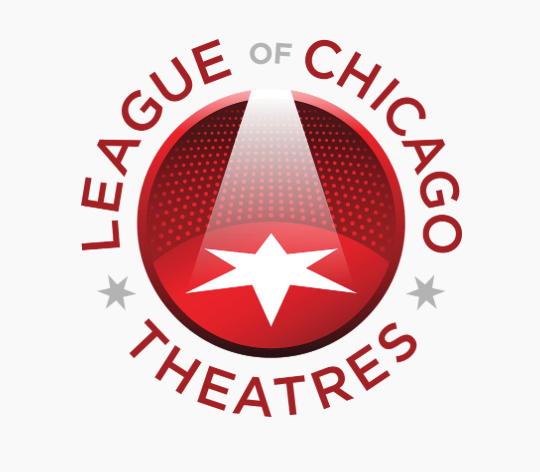 Ready to venture back out in public and catch a show? If plays are your jam, The League of Chicago Theatres is your connection for discount tickets and the latest word on what's open, and what combination of mask/face shield/vax/negative test is required at each venue to keep audiences safe.
Love all kinds of arts and entertainment? Check out ChiILLiveShows.com (adult) and ChiILMama.com (family friendly) early and often for the best in Chi, IL's live theatre, music, food and entertainment scene. We'll give you the heads up on what's coming up each month along with original reviews, ticket giveaways, travel features, and more. We've added an asterisk and bold type for the shows below that we're reviewing.

“After more than a year of introspection, planning, and change while theatres have been closed, it is a thrill to have live theatre back—and to experience this great, collective art form in Chicago again,” comments League of Chicago Theatres Executive Director Deb Clapp.

The Second City reopened its Chicago venue with two productions: Happy To Be Here on the Mainstage, and Safer, Shorter & Still So Funny at e.t.c. The Second City welcomes back audiences with 60-minute shows Thursdays through Sundays. secondcity.com

Teatro ZinZanni returned on July 8 with a cast of comedians, aerialists, acrobats, singers, dancers, and a gourmet meal inside the Spiegeltent on the 14th floor of the Cambria Hotel. zinzanni.com/Chicago

The Annoyance returned mid-July with a variety of comedy and improv shows at their Lakeview theatre including Dick Wolf: Special IMPROV Unit, Fire & Beer: The Annoyance House Ensemble, Hitch*Cocktails, and SuperHuman among others. theannoyance.com

Drunk Shakespeare returns to performing in the Loop at The Lion Theatre starting August 6. drunkshakespeare.com

*Marriott Theatre celebrates the songbook from the multi-Tony award-winning team of John Kander and Fred Ebb with The World Goes ‘Round opening on September 15. marriotttheatre.com

Chicago Opera Theater performs Carmen in concert at the Harris Theater for Music and Dance on September 16 and 18. chicagooperatheater.org

The Lyric Opera of Chicago opens its season September 17 with a new production of Macbeth, marking the inaugural production of Music Director Enrique Mazzola's tenure. lyricopera.org

Broadway In Chicago presents Rent at the CIBC Theatre from October 5 – 10 in the 25th Anniversary “Farewell Season of Love” tour. broadwayinchicago.com

*Mercury Theater Chicago returns to the stage with Sister Act the musical based on the 1992 film, November 5 – January 9. mercurytheaterchicago.com

*Rick Bayless and Windy City Playhouse opens its run of the new immersive theater, food, and farce experience A Recipe for Disaster at Petterino’s in the Loop on October 6. windycityplayhouse.com

*Court Theatre produces The Tragedy of Othello, the Moor of Venice live from October 7 – November 21 on a set that places audience in the middle of the action, along with an at-home, on-demand streaming option. courttheatre.org

The Den Theatre presents four stand-up comedians to kick off its season this fall, beginning with Erik Griffin October 8 & 9. thedentheatre.com

The Joffrey Ballet marks its return to the stage with Home: a Celebration, mixed repertory of original work and a beloved classic by co-founder Gerald Arpino from October 13 – 24. joffrey.org

The Auditorium Theatre welcomes back resident company Ensemble Español Spanish Dance Theater as part of their “Made in Chicago Dance Series” on October 16. auditoriumtheatre.org 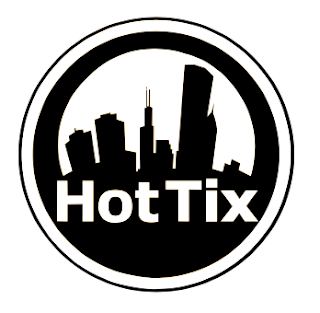 More theatre reopenings will continue to be announced. For a comprehensive list of Chicago productions, visit the League of Chicago Theatres website, ChicagoPlays.com. Available half-price tickets will be listed at HotTix.org.

Chicago theatre is the leader in the U.S. with more than 250 theatres throughout Chicagoland, comprising a rich and varied community ranging from storefront, non-union theatres to the most renowned resident theatres in the country, including 5 which have been honored with Regional Tony Awards, and the largest touring Broadway organization in the nation. Chicago’s theatres serve 5 million audience members annually and have a combined budget of more than $250 million. Chicago produces and/or presents more world premieres annually than any other city in the nation. Each year Chicago theatres send new work to resident theatres across the country, to Broadway, and around the world.

Posted by Bonnie Kenaz-Mara at 12:47 PM No comments: