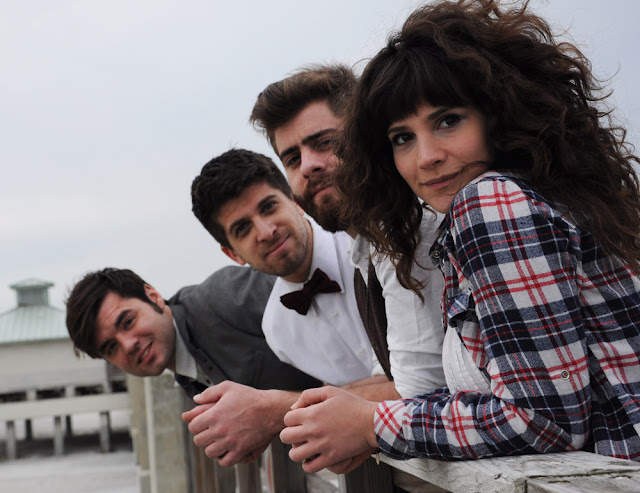 We'll be there to give Brooklyn-based-indie-folk-rockers Swear and Shake a big ol' midwestern welcome at Summer Camp Music Festival this weekend.

SWEAR AND SHAKE (Saturday at 2:00pm on the Campfire Stage):

Fronted by the guitar wielding Kari Spieler and the guitar and banjo playing Adam McHeffey, the two expertly blend their vocals, melodies, and confessional lyrics. Rounding out the quartet are old friends Ben Goldstein on drums and Shaun Savage on bass guitar. The band was named “Band of the Month” of December by TheBlueIndian.com who cheer: “I’ve only seen a few artists bring a room to a hush, only to have their audience hooping and hollering moments later, and these four talented Yankees have joyfully mastered their ability to do so. By the end of the first song, we were out of our seats and upfront. Strangers instantly became neighbors as the entire venue was swept up in the action.”

Listen to selections from the groups debut LP Maple Ridge and the band’s EP here. 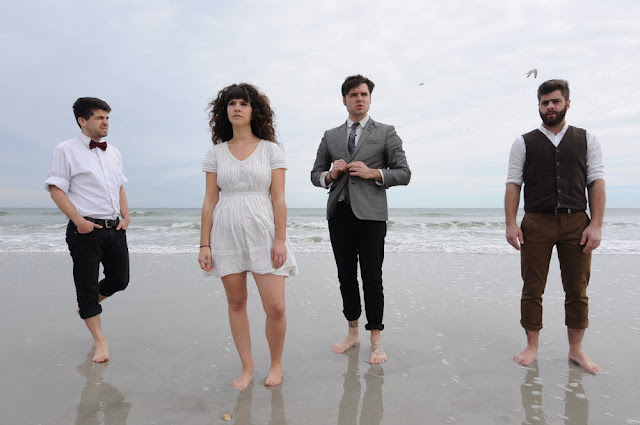 Posted by Bonnie Kenaz-Mara at 5:43 PM No comments: