Chicago’s The Steak House Mints will play their final show of the year at Martyrs’ on Thursday, Dec. 19

Baby it's cold outside, but things are HOT at Martyrs'!

"Their sound is an intricate and beautiful style of orchestral pop influenced by the Zombies, Nick Drake and "Pet Sounds"-era Beach Boys as well as more global avatars such as Os Mutantes and Astrud Gilberto." -Jim DeRogatis, Chicago Sun Times.

The Mints are proud to have been selected by Chicago Metro Mix as one of Chicago's top ten unsigned bands in The 2009 Rock n Vote!

2013 found the band earning acclaim for their album Love Songs For Prostitutes and they have been featured on Vocalo, WXRT’s Local Anesthetic and in the Chicago Tribune.

Click here for the full line up and show details

Save the dates.   Other favorites of ChiIL Live Show:

Posted by Bonnie Kenaz-Mara at 2:42 PM No comments:

Email ThisBlogThis!Share to TwitterShare to FacebookShare to Pinterest
Labels: Martyrs', shows on our radar, The Steak House Mints 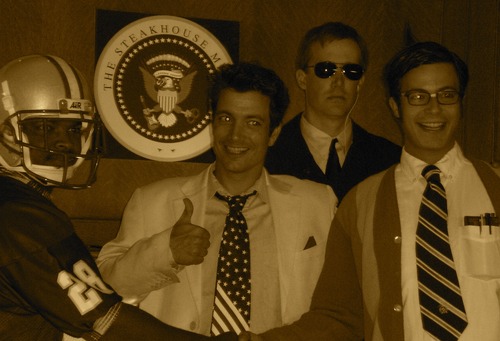 ChiIL Live Shows will be there...will YOU?!    Chicago’s The Steak House Mints will celebrate the release of their new album, Love Songs for Prostitutes, with a show at Martyrs’ on Friday, Feb. 15: http://www.martyrslive.com/fri-feb-15-830pm-8
We'll be there shooting stills & we'll have a full review of their new album for you here soon as well. 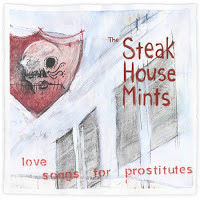 Posted by Bonnie Kenaz-Mara at 5:24 PM No comments: