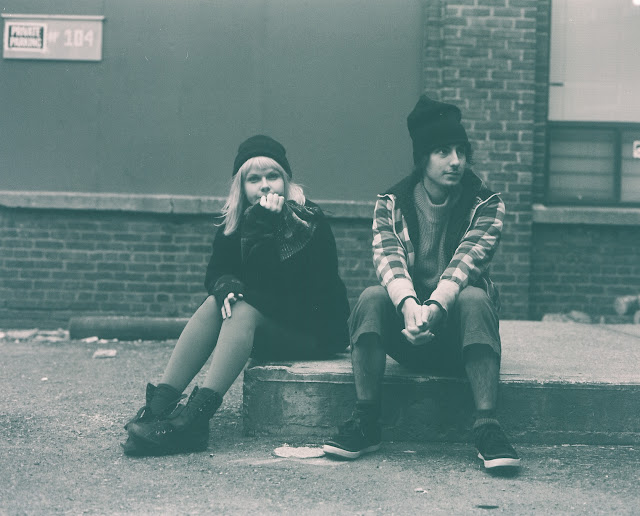 ^ with The Thermals
** with Born Ruffians

Toronto native Daniel Benjamin and collaborator/co-conspirator Maddy Wilde have been making music together for most of their lives; as Moon King, the two singers weave dreamlike harmonies over buzz-saw guitars and electronic percussion, their live performances capturing a raw-nerve intensity that verges on ecstatic. Many of Daniel’s songs appeal to our darker subconscious desires, reveling in the embrace of fear and ego as a means of escape.
Moon King have toured with Fucked Up & Twin Sister since the release of their debut 12" EP this past summer, and are planning to release a follow-up EP Obsession II in May 2013 on One Big Silence, the label run by Mike Haliechuk of Fucked Up. Daniel has also been touring as a member of his brother Airick's project Doldrums.

Posted by Bonnie Kenaz-Mara at 10:21 AM No comments: