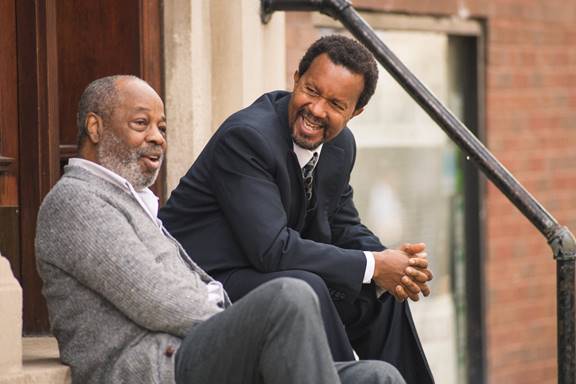 I'll be out for the press opening on September 8th, reviewing for ChiILLiveShows.com. Check back shortly after for my full review. Although August Wilson is not one of my favorites, as playwrights go, I do enjoy the directing prowess of Ron OJ Parson. I also appreciate that Radio Golf is the tenth and final play in August Wilson’s American Century Cycle, and director Ron OJ Parson’s seventh production in the cycle at Court Theatre. What a rare treat for Chicago theatre lovers to be able to see the cycle in its entirety.

Three, four, and five-play subscriptions to Court’s 2018/19 season range from $96 to $300 and are on sale now. To purchase a subscription or to receive more information, call the Court Theatre Box Office at (773) 753-4472, or visit Court’s website at www.CourtTheatre.org. 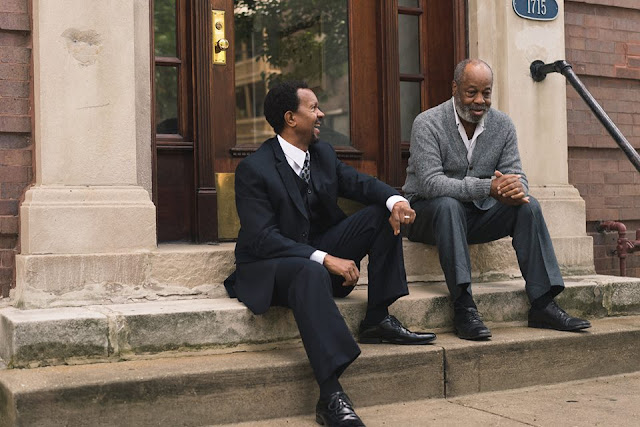 AUGUST WILSON (Playwright,1945–2005) authored Radio Golf, Joe Turner’s Come and Gone, Ma Rainey’s Black Bottom, The Piano Lesson, Seven Guitars, Fences, Two Trains Running, Jitney, King Hedley II, and Gem of the Ocean. These works explore the heritage and experience of African Americans, decade-by-decade, over the course of the twentieth century. His plays have been produced at regional theatres across the country and all over the world, as well as on Broadway. In 2003, Mr. Wilson made his professional stage debut in his one-man show, How I Learned What I Learned. Mr. Wilson’s works garnered many awards including Pulitzer Prizes for Fences (1987) and for The Piano Lesson (1990); a Tony Award for Fences; Great Britain’s Olivier Award for Jitney; as well as seven New York Drama Critics Circle Awards for Ma Rainey’s Black Bottom, Fences, Joe Turner’s Come and Gone, The Piano Lesson, Two Trains Running, Seven Guitars, Jitney, and Radio Golf. Additionally, the cast recording of Ma Rainey’s Black Bottom received a 1985 Grammy Award, and Mr. Wilson received a 1995 Emmy Award nomination for his screenplay adaptation of The Piano Lesson. Mr. Wilson’s early works included the one-act plays The Janitor, Recycle, The Coldest Day of the Year, Malcolm X, The Homecoming, and the musical satire Black Bart and the Sacred Hills. Mr. Wilson received many fellowships and awards, including Rockefeller and Guggenheim Fellowships in Playwriting, the Whiting Writers Award, the 2003 Heinz Award, a 1999 National Humanities Medal, and numerous honorary degrees from colleges and universities, as well as the only high school diploma ever issued by the Carnegie Library of Pittsburgh. He was an alumnus of New Dramatists, a member of the American Academy of Arts and Sciences, a 1995 inductee into the American Academy of Arts and Letters, and on October 16, 2005, Broadway renamed the theatre located at 245 West 52nd Street—The August Wilson Theatre. Additionally, Mr. Wilson was posthumously inducted into the Theater Hall of Fame in 2007. Mr. Wilson was born and raised in the Hill District of Pittsburgh, Pennsylvania, and lived in Seattle, Washington at the time of his death. He is immediately survived by his two daughters, Sakina Ansari and Azula Carmen Wilson, and his wife, costume designer Constanza Romero.


James t. alfred (Sterling Johnson) is a native of Chicago, from the nearby Woodlawn community. He was last seen at Court Theatre as Levee Green in Ma Rainey’s Black Bottom. Other Chicago Credits include Head of Passes (World Premiere), Hushabye (World Premiere) and The Glass Menagerie at Steppenwolf Theatre; Brothers of the Dust (world premier) at Congo Square Theatre; SOST at MPAACT; Sundown Names at Chicago Theatre Company; A Brown Tale at Beverly Arts Center; Conversations on a Dirt Road, and Killing Me Softly at ETA Theatre. Regional theatre credits include: Ma Rainey’s Black Bottom and Mountain Top at Guthrie Theatre; Two Trains Running, Redshirts, Jitney, Detroit ‘67 and A Brown Tale (World Premier) at Penumbra Theatre; Clybourne Park at Milwaukee Rep; April 4, 1968 at Indiana Rep; Fences at Denver Center; New York Theatre credits: Blood at National Black Theatre of Harlem; All’s Well that Ends Well at New York Public Theatre and Pipeline at Lincoln Center. Television credits include: Fox’s Empire and Prison Break, NBC’s Chicago PD and The Blacklist, and Starz’s Boss. James is a proud company member of Penumbra Theatre Company. He is a graduate of the Institute for Advanced Theatre Training and holds an M.F.A in acting from the Moscow Art Theatre School.

allen gilmore (Harmond Wilks) has appeared at Court Theatre in Man in the Ring, Scapin, Cyrano, Endgame, Sizwe Banzi Is Dead, Jitney, The Misanthrope, Tartuffe, Seven Guitars, Waiting for Godot, The Good Book, and One Man, Two Guvnors. Other Chicago performances: Joe Turner’s Come and Gone and The African Company Presents Richard the Third (Congo Square); Argonautika and Arabian Nights (Lookingglass); Rosencrantz and Guildenstern Are Dead and Buried Child (Writers Theatre); Love’s Labor’s Lost (Chicago Shakespeare); The Matchmaker, Yasmina’s Necklace, An Enemy of the People, Objects in the Mirror, and three seasons as Scrooge (Alt.) in A Christmas Carol (Goodman). Originally from Houston, he is a U.S. Army Infantry veteran, a 2015 3Arts Award winner, a 2015 Lunt-Fontanne fellow, and a proud ensemble member of Congo Square. Allen dedicates his work in Radio Golf to his father, Gerald A. Gilmore Sr, and to the memory of his friend, Steve Albert.

ann joseph (Mame Wilks) is pleased to make her first appearance at the Court Theatre with Radio Golf. Ann is a founding ensemble member of Congo Square Theatre Company where she appeared in The Piano Lesson, Playboy of The West Indies, Stick Fly, From the Mississippi Delta, Seven Guitars (Jeff Award for Best Ensemble) and Elmina’s Kitchen. Other credits include: I Never Sang for My Father, Heart is a Lonely Hunter, Wedding Band, and Time of Your Life at Steppenwolf; Class Dismissed, Lost Boys of the Sudan, Wheatley, and Living Green at Victory Gardens Theatre; Doubt at Writers Theatre, and A Christmas Carol at Goodman Theatre. Regionally, Ann has worked at American Players Theatre, Milwaukee Rep, and Madison Repertory Theatre.  Film and television credits include Chicago Fire, Chicago Med, Early Edition, Hunter, and, more recently, the web series Becky’s World.


Parking: Free parking is available in the parking garage on the corner of 55th Street and Ellis Avenue.

Radio Golf is sponsored by Allstate Insurance Company and The Joyce Foundation. 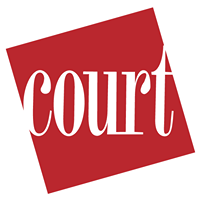