A chamber play of surprising force, David Hare’s Skylight captures a cultural rift as powerful and polarizing today as it was when the piece premiered at the National Theater in Great Britain in 1995. On a bitterly cold London evening, schoolteacher Kyra Hollis (Laura Rook) receives an unexpected visit from her former lover, Tom Sergeant (Philip Earl Johnson), a successful and charismatic restaurant owner whose wife has just passed away. As the night wears on, the two attempt to rekindle their once passionate relationship only to find themselves locked in a dangerous battle of opposing ideologies and mutual desires. Director William Brown makes his Court Theatre debut with this intimate, contemporary drama.

“I'm thrilled to be making my Court Theatre directorial debut with Skylight,” said Director William Brown. “It's a powerful, intimate drama. Every scene in the play is a two-person scene which makes it my favorite type of play to direct. Plus, the play is in such good hands with the actors—Phil and Laura, the two leads, have undeniable chemistry, and with Matt Farabee, it's an extraordinary cast.”

ABOUT THE ARTISTS
DAVID HARE (Playwright) is a British playwright and prominent member of the British theatrical left. A founder of the Portable Theatre and the Joint Stock, he became resident dramatist and literary manager of the Royal Court Theatre, London (1967-71), and at the Nottingham Playhouse (1973). His plays are personal dramas, often presented in a historical context. Among the best of his early works is Teeth 'n' Smiles (1975), a satirical commentary on the state of modern British society. He achieved wide critical and popular acclaim with Plenty (1978), a dramatic tour-de-force for its female star, which deals with disillusionment in post-World War II Britain. His most successful play was Pravda (1985), which he wrote with his frequent collaborator Howard Brenton. The 1998-99 Broadway season marked a peak in Hare's success, featuring productions of The Judas Kiss, The Blue Room, and Amy's View, as well as a one-man play, Via Dolorosa, performed by Hare. The Breath of Life (2002) is a caustic study of two women in late middle age abandoned by the same man, roles originated in London by Dames Judi Dench and Maggie Smith. Stuff Happens (2004) is a bitingly topical examination of the Iraq war, repeatedly updated, with actors playing George W. Bush, Tony Blair, Colin Powell, and other real-life characters. The Iraq war is also central to The Vertical Hour (2006), the first of Hare's plays to debut on Broadway.


WILLIAM BROWN (Director) most recently directed the world premiere of Wasteland at TimeLine Theatre Company where he also co-wrote and directed the world premiere of To Master the Art. For Writers’ Theatre, where he has directed twelve productions, he most recently directed A Little Night Music. At American Players Theatre he directed Troilus and Cressida as well as The Critic, Another Part of the Forest, Comedy of Errors, Hay Fever, A Midsummer Night's Dream, The Night of the Iguana, The Matchmaker, Twelfth Night, The Cherry Orchard, and Antony and Cleopatra. He has also directed plays at Goodman Theatre, Northlight Theatre, Indiana Repertory Theatre, and Milwaukee Repertory Theatre and is the Associate Artistic Director of Montana Shakespeare in the Parks. Bill made his Chicago acting debut thirty years ago at Court Theatre as one of the twins in You Never Can Tell.

MATT FARABEE (Edward Sergeant) has appeared in Chicago in punkplay (Steppenwolf Garage); MilkMilkLemonade (Pavement Group); Elizabeth Rex (Chicago Shakespeare Theater); Tigers Be Still (Theater Wit); and The Trestle at Pope Lick Creek (Eclipse Theatre Company).  Off Broadway credits include A Bright New Boise at Partial Comfort.  Regional credits include Lord of the Flies and One Flew Over the Cuckoo’s Nest at Round House Theatre.  Matt is a graduate of the University of North Carolina at Chapel Hill and is represented by Paonessa Talent.

CHARLES NEWELL (Artistic Director) has been Artistic Director of Court Theatre since 1994, where he has directed over 30 productions. He made his Chicago directorial debut in 1993 with The Triumph of Love, which won the Joseph Jefferson Award for Best Production. Directorial highlights at Court include James Joyce’s “The Dead,” Angels in America, An Iliad, Porgy and Bess, Three Tall Women, The Year of Magical Thinking, The Wild Duck, Caroline, Or Change, Titus Andronicus, Arcadia, Man of La Mancha, Uncle Vanya, Raisin, The Glass Menagerie, Travesties, Who’s Afraid of Virginia Woolf?, Hamlet, and The Invention of Love.  Charlie has also directed at the Goodman Theatre (Rock ‘n’ Roll), the Guthrie Theater (Resident Director: The History Cycle, Cymbeline), Arena Stage, John Houseman’s The Acting Company (Staff Repertory Director), the California and Alabama Shakespeare Festivals, Juilliard, and New York University. He is the recipient of the 1992 TCG Alan Schneider Director Award. He has served on the Board of Theatre Communications Group, as well as on several panels for the National Endowment for the Arts. Opera directing credits include Marc Blitzstein’s Regina at the Lyric Opera of Chicago, and Rigoletto at Opera Theatre of St. Louis. Charlie is a multiple Joseph Jefferson Award (Chicago’s highest theatrical honor) nominee and recipient.

STEPHEN J. ALBERT (Executive Director) is a founding Partner in Albert Hall & Associates, LLC a leading arts consulting firm. Prior to forming the consulting practice, Albert was recognized as a leading arts manager. He has led some of America’s most prestigious theatres, including the Mark Taper Forum/Center Theatre Group, Alley Theatre, and Hartford Stage Company. Albert began his career with the Mark Taper Forum/Center Theatre Group in Los Angeles where he worked in senior management positions for over a decade, rising to Managing Director. He went on to become Executive Director of Houston’s Alley Theatre where he led a turnaround that stabilized the organization, enabling the Alley to return to national standing and drove a capital campaign that secured the organization’s future. At Hartford Stage, his partnership with Mark Lamos resulted in some of the theatre’s most successful seasons and reinforced Hartford Stage’s position at the forefront of the regional theatre movement. During his tenure in Hartford, Mr. Albert led the initiative to create a 25,000 square foot, state-of-the-art production center, securing the donation of the facility and the funding for its renovation. Albert has served as both President and Vice President of the League of Resident Theatres (LORT) and as a board member of Theatre Communications Group (TCG). He has also written and produced a variety of productions for television, is an ACE Award nominee, and has been an associate producer of numerous acclaimed Broadway productions. He is a Senior Fellow with the American Leadership Forum, a graduate of the University of Southern California and holds a MBA from the UCLA Graduate School of Management.

Skylight is sponsored by Kirkland and Ellis. 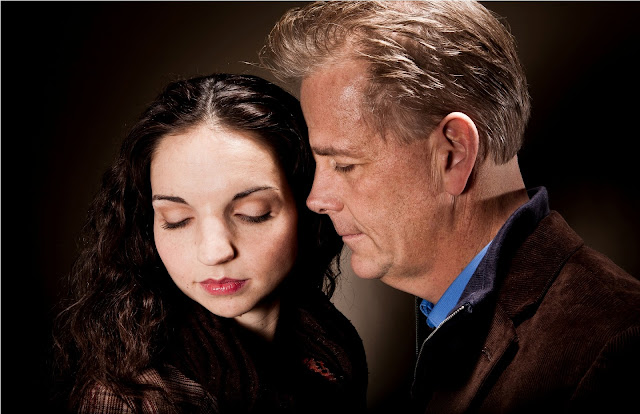 Posted by Bonnie Kenaz-Mara at 6:25 PM No comments: