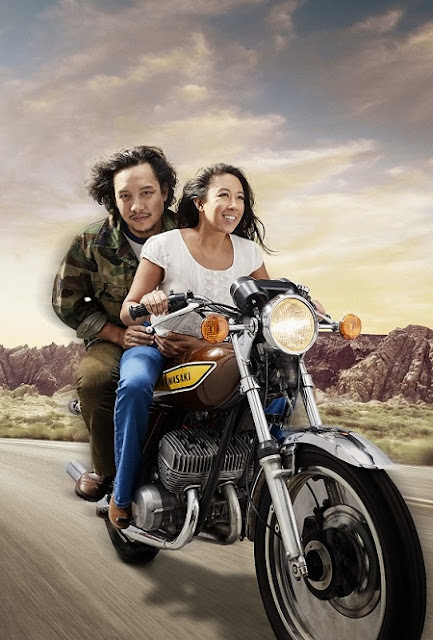 Writers Theatre, under the leadership of Artistic Director Michael Halberstam and Executive Director Kathryn M. Lipuma, adds four performances to the run of Qui Nguyen’s Vietgone. The production is directed by Lavina Jadhwani, with original music and music direction by Gabriel Ruiz and choreography by Tommy Rapley. Due to demand, Vietgone now runs through September 29, 2018 in the Alexandra C. and John D. Nichols Theatre at 325 Tudor Court, Glencoe.

Tickets for VIETGONE are currently on sale. Subscriptions and individual tickets, priced $35-$80, may be purchased online at www.writerstheatre.org, by phone at 847-242-6000, or in person at the box office, 325 Tudor Court in Glencoe.

It's 1975 and two young survivors (who may or may not be the playwright's parents) meet in a Vietnamese refugee camp in mid-America shortly after the fall of Saigon. Will this strange new land of cowboys, hippies and bikers allow them to fall in love? Playwright Qui Nguyen’s wildly creative, irreverent style flips stereotypes on their head, remixing history and culture into a sexy, funny and energetic fantasia as he imagines how two soul mates might have found each other in a turbulent time.

Equal parts road-trip adventure, buddy film, romantic comedy and Hamilton-esque rap musical, this epic new play repurposes pop culture from the last forty years to tell its “probably-mostly-true” story. Directed by Lavina Jadhwani, Vietgone takes a no-holds-barred approach, transporting you through time and across the globe to put an innovative spin on a critical moment in our history.

Recommended for ages 14 and up. This production contains strong language and sexual situations, violent images, simulated drug use and vapor cigarettes. Please note that the production incorporates the use of fog and haze, as well as flashing lights.


AUDIENCE ENGAGEMENT
Sunday Spotlight
Sunday, September 16, 2018 at 11:30am
In Vietgone, playwright Qui Nguyen gives us a dynamic look at the Vietnam War and its aftermath from a rarely observed point of view. At this Sunday Spotlight event, we will be joined by a diverse panel of historians, activists and artists to discuss varying perspectives on this contentious time in history when the country—and the world—was undergoing great change. Seating is limited, RSVP is required.

Pre-Show Conversation: Up Close
Join us at 6:45pm before every Thursday evening performance (excluding First Week and any extension weeks) for a 15-minute primer on the context and content of the play, facilitated by a member of the WT Artistic Team.

RIDE METRA TO WRITERS THEATRE
In an effort to promote taking public transit to the Theatre, Writers Theatre launched a new promotion in 2013. Any audience member who purchases a ticket to a Writers Theatre production and rides Metra’s Union Pacific North Line to the Theatre may snap a photo of themselves on the train and post it to their Facebook, Twitter or Instagram account with a tag of @WritersTheatre (@Writers_Theatre on Instagram) and #VietgoneWT, and upon showing the post at the Writers Theatre Box Office, receive $5 in cash to put toward the cost of your fare as a thank you for going green.

This promotion is available for a limited time only and may end without warning. Ticket must have been paid for in advance. Not valid on comp tickets. More information available at writerstheatre.org/metra

WRITERS THEATRE PARTNERS
Writers Theatre is pleased to recognize BMO Harris Bank as the 2018/19 Season Sponsor and ComEd as the Official Lighting Sponsor of the 2018/19 Season. The Major Corporate Sponsor for Vietgone is Northern Trust. The Major Production Sponsors are Maryellen and Richard Keyser, and the Artists Council Sponsors are Laurie and Michael Petersen. Additional support for Vietgone is provided by the Director’s Society Sponsors.

Posted by Bonnie Kenaz-Mara at 10:12 AM No comments: