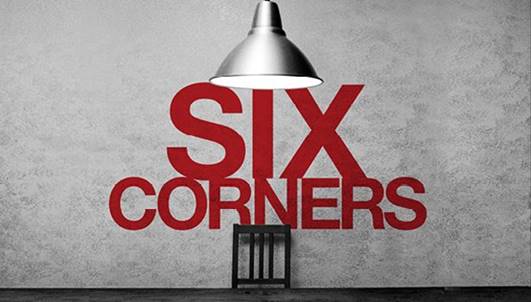 I'll be catching Six Corners February 23rd, so check back soon for my full review. With a script by Emmy Award nominee Keith Huff, this creepy drama sounds intriguing and we're eager to check out American Blues Theater's take on this world premiere. Mysteries are one of my favorite genres and this one was awarded a 2017 Edgerton Foundation New Play Award.

Penned by Emmy Award nominee Keith Huff (Broadway’s A Steady Rain) and directed by Gary Griffin (Broadway’s The Color Purple): late one night, two burnt-out violent crimes unit detectives try their damnedest to close the puzzling murder of a CTA employee. What should be a simple open-and-shut case, however, evolves into a horrifying mystery and unearths a legacy of violence stretching back years.

Playwright Keith Huff comments, “It’s a great privilege and an honor to be working with Peter DeFaria and Gary Griffin once again. Peter, as many know, co-starred in both the Chicago Dramatists and The Royal George productions of A Steady Rain (with Jeff Award winner Randy Steinmeyer), and Gary directed the world premiere of The Detective’s Wife (with Jeff Award winner Barbara Robertson). Having the co-star of the first play and the director of the second both working on the third is an accidental poetry that Blues Artistic Director Wendy Whiteside made happen and just seems right – an artistic coup.”

The diverse and multi-generational artists have established the second-oldest professional Equity Ensemble theater in Chicago.  The 36-member Ensemble has 530+ combined years of collaboration on stage. As of 2017, the theater and artists received 195 Joseph Jefferson Awards and nominations that celebrate excellence in Chicago theater and over 35 Black Theatre Alliance Awards. The artists are honored with Pulitzer Prize nominations, Academy Awards, Golden Globe Awards, Emmy Awards and numerous other accolades.