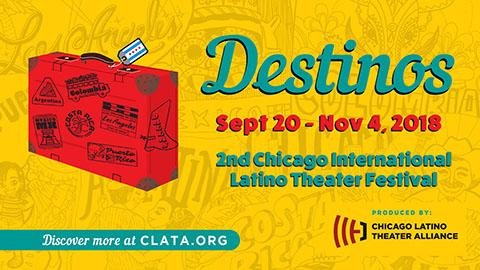 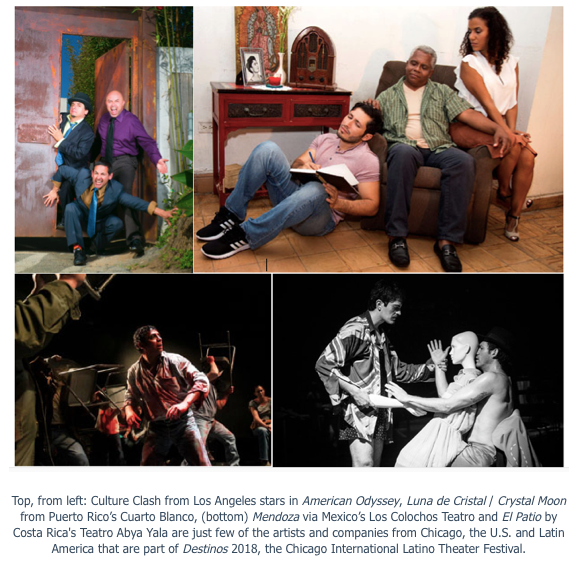 What is the current state of contemporary Latino theater, in a time when cross-cultural understanding has never been more important?

Find out when the Chicago International Latino Theater Festival, known as Destinos, returns for its second annual outing, September 20-November 4, 2018.

Produced by the Chicago Latino Theater Alliance (CLATA), Destinos will bring together top Latino theater artists and companies from Chicago, the U.S. and around Latin America for seven weeks of shows, panels and student performances held throughout the city.

The second annual Destinos will celebrate homegrown Latino theater artists and companies, both emerging and established, from the host city, Chicago. Destinos will also showcase artists from Dallas and Los Angeles. Theater artists and companies from Argentina, Colombia, Costa Rica, Mexico and Puerto Rico round out the festival’s deep roster of international participants, helping underscore the growing reputation for Destinos as one of the country’s leading international Latino theater festivals.

Destinos presents in a range of marquee theaters like Chicago Shakespeare, Goodman Theatre, Steppenwolf, and Victory Gardens, to theaters and cultural institutions in predominantly Latino neighborhoods like Aguijón Theater in Belmont Cragin, National Museum of Mexican Art in Pilsen, The Miracle Center in Logan Square/Hermosa, and UrbanTheater Company in Humboldt Park. Other participating Chicago companies include Teatro Vista and Water People Theater.

“I'm honored and excited to have been given the opportunity to lead CLATA,” said Myrna Salazar, executive director, Chicago Latino Theater Alliance. “Through Destinos, the second Chicago International Latino Theater Festival, we continue to fuel the vital connection of Chicago's enriching and exciting Latino theater community to their international counterparts, whose lives and stories mirror each other, and are very much embedded in today’s American kaleidoscope of cultures."

Likewise, Martin R. Castro, founding board chair of CLATA, states “I’m so proud of the great line up we have for our second year of Destinos! There is literally something for every interest! Now more than ever, we must stand and celebrate our rich artistic and cultural heritage as Latinos and support Latinx theatre in Chicago, in the United States and in the hemisphere.”

The second annual Destinos festival launches with a kick-off reception on Monday, September 17 from 5:30 to 7:30 p.m. at the Chicago Cultural Center, 78 E. Washington St. in downtown Chicago, in the GAR Hall & Rotunda. Leaders from the local Latino community will join the festival’s civic and philanthropic supporters, Chicago media, the city’s arts and theater community, and CLATA board, staff and volunteers to welcome and toast participating Latino theater artists from Chicago and around the world.

Stay tuned to the Destinos website, clata.org, in the coming weeks for the launch of online ticket sales, and news of other festival events including free roundtable discussions that will address political and identity issues within the Latino community.

To avoid hearing the words “sold out,” Chicago Latinos, Latinophiles and the city’s most avid cultural consumers are strongly encouraged to sign up for the Destinos weekly eblast at clata.org. Or, follow Destinos on Facebook, Twitter and Instagram to receive first notice of all festival events.

Following is an advance sampler of the shows, artists, companies and venues confirmed to participate (at press time) in Destinos, September 20-November 4, 2018:

Casa Propia / A House of Her Own (Midwest Premiere) by Dolores Prida, a lighthearted yet poignant comedy about a woman’s tireless quest for her American Dream, will run October 18-November 25 at Aguijón Theater, 2707 N. Laramie Ave. in Belmont Cragin.

Not For Sale (World Premiere) by Guadalís Del Carmen tackling issues of gentrification and displacement in Humboldt Park. With new neighbors looking to make changes west of Western Avenue in a community rich with decades of culture, the question persists who gets to lay claim to the neighborhood? Performances are September 20-October 21 at UrbanTheater Company, 2620 W. Division St. in Humboldt Park.

The Real Life Adventures of Jimmy de la Rosas (World Premiere) by Chicago playwright Ricardo Gamboa. Jimmy’s just your average boy on the block — except he can move things with his mind. When his mother goes missing, joining the numbers of other people disappearing from the hood, Jimmy will have to turn up the heat on his mutant abilities to rescue her and find out who is behind the kidnappings. Performances are October 11-21 at Pulaski Park, 1419 W. Blackhawk St. in Noble Square. 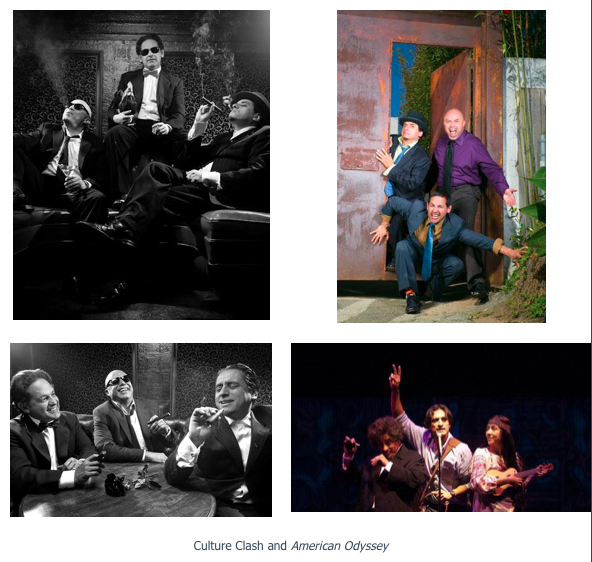 An American Odyssey (Midwest Premiere), via Culture Clash from Los Angeles, the award-winning Chicano kings of comedy with a character study of real people and true stories from the shadows, borders and badlands of America. This is a timely co-presentation with Victory Gardens Theater, October 4-7 in the Richard Christiansen Theater.
﻿
WET: A DACAmented Journey (Midwest premiere) by Alex Alpharaoh via Cara Mía Theatre and Ignite/Arts Dallas chronicles the desperation and limitations DREAMers feel navigating a broken U.S. immigration system. This co-presentation with the Latino Policy Forum runs October 11-14 in the Richard Christiansen Theater at Victory Gardens. 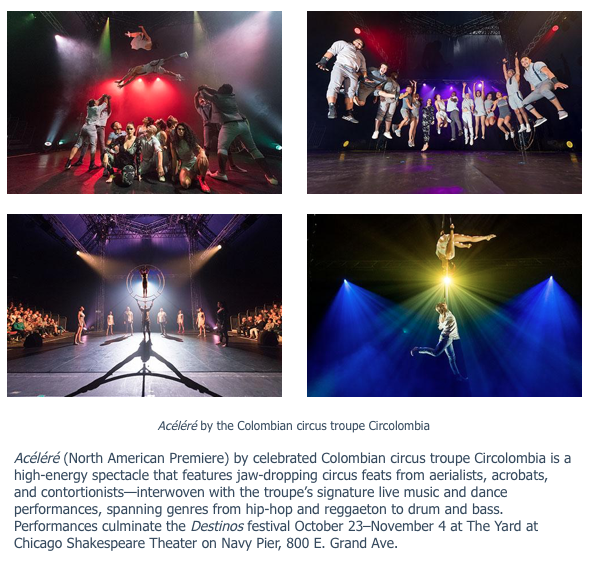 Luna de Cristal / Crystal Moon (U.S. Premiere) from Puerto Rico’s Cuarto Blanco tells the story of a family of three confronting the realities of their lives and the unexpected event that unites them, October 11-14 at Steppenwolf’s 1700 Theatre, presented as part of the LookOut Series.
﻿

Mendoza (U.S. Premiere), an adaptation of William Shakespeare’s MacBeth reimagined against the 1910 backdrop of the Mexican Revolution, comes courtesy of Mexico’s Los Colochos Teatro in a co-presentation with the Goodman Theatre, 170 N. Dearborn St., October 2-7. Mendoza is adapted by Antonio Zuniga and Juan Carrillo, directed by Carrillo. 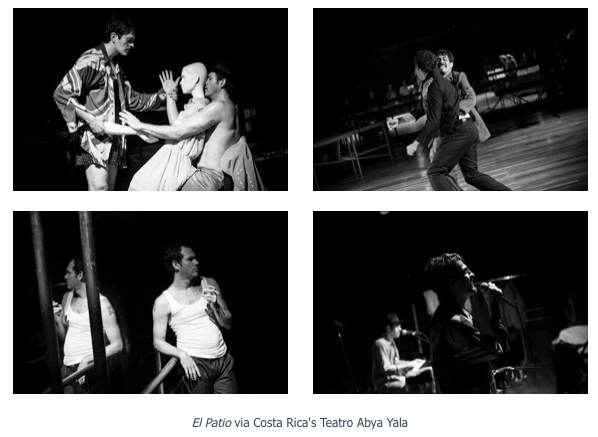 El Patio / The Patio (North American Premiere), by Oscar Gonzàlez, David Korish and Janko Navarro via Costa Rica’s Teatro Abya Yala, offers glimpses of masculinity in different situations, exploring the impossibility of fulfilling the societal idea of what it means to be a man today. It runs September 27-29 at Steppenwolf’s 1700 Theatre, presented as part of the LookOut Series.

La Prietty Guoman / Pretty Woman (U.S. Premiere) from Teatro de la Ciudad Cabaret in Mexico City is a cabaret style narration of the life of an exuberant, brown and transgender girl who is a fan of the film Pretty Woman. It runs October 5-6 at the National Museum of Mexican Art, 1852 W. 19th St. in Pilsen.

Quiero Decir Te Amo / I Want to Say I Love You (North American premiere) is a drama by Humo Negro from Argentina about a car accident and a chance encounter that leads to a series of love letters and an unexpected romance. Performances are October 4-7 at Steppenwolf’s 1700 Theatre, presented as part of the LookOut Series.

CLATA’s goal is to create the country’s leading international Latino theater festival with an emphasis on showcasing Chicago Latino theater artists and companies. Additionally CLATA provides local groups ongoing organizational support, is working diligently to create a permanent home for Chicago’s Latino theater artists, and ultimately works to underscore Chicago’s reputation as one of the most exciting and culturally diverse theater cities in the world.

The first annual Destinos festival in the fall of 2017 ran for five weeks, and presented 61 performances by 10 companies from Chicago, the U.S. and Latin America. In sum, last year’s inaugural festival engaged approximately 8,000 people, including more than 850 students who attended matinee performances and participated in post-show discussions with artists, directors and playwrights.

Posted by Bonnie Kenaz-Mara at 1:39 PM No comments: 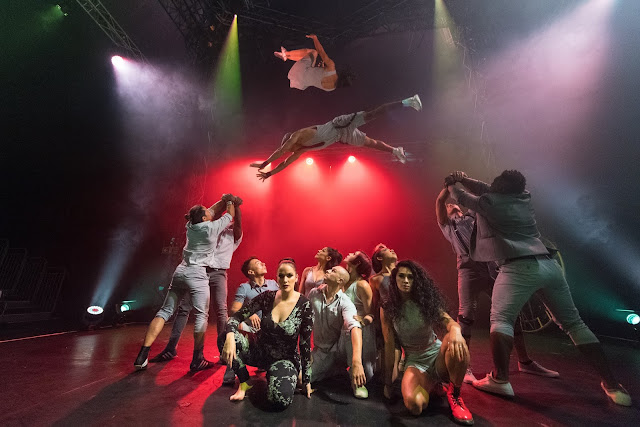 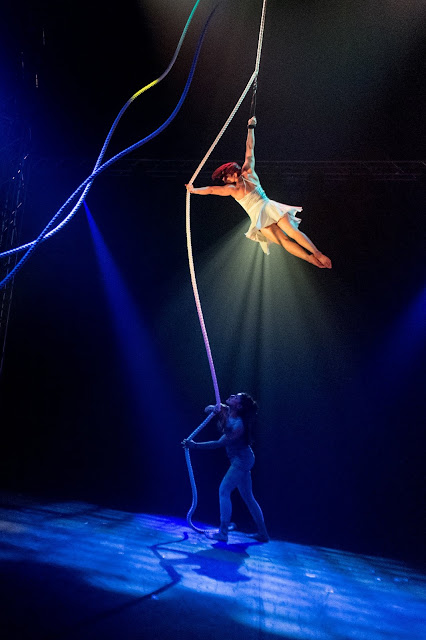 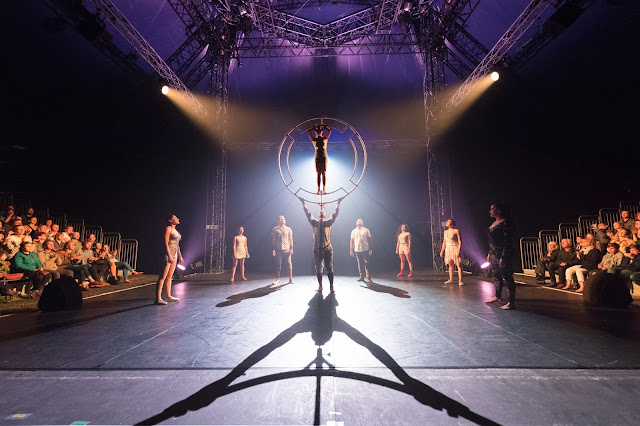 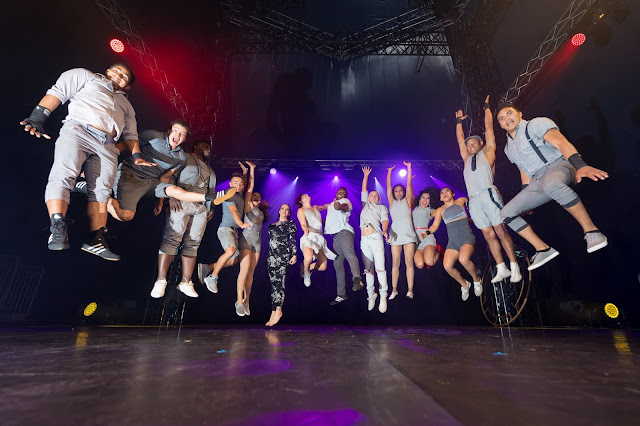 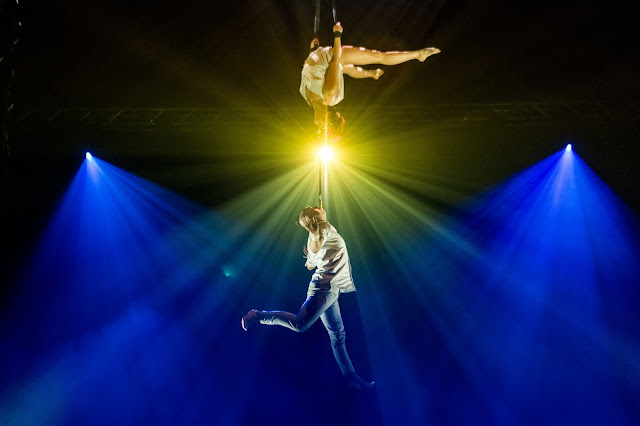 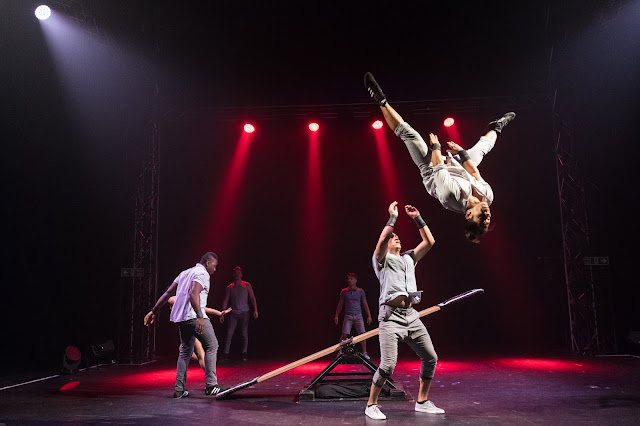 Posted by Bonnie Kenaz-Mara at 9:30 PM No comments: