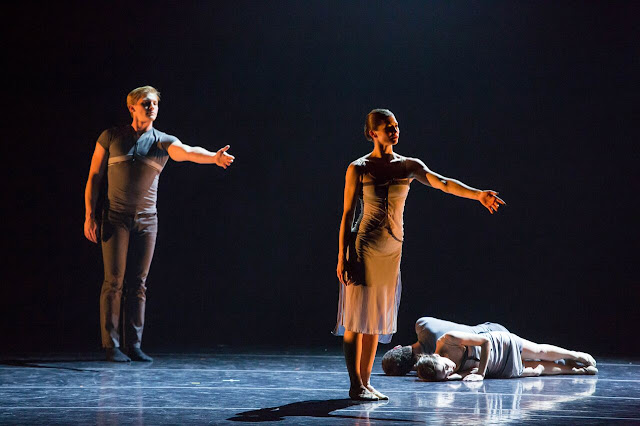 Near Light by Melissa Thodos

Highlights of this unique program include the world premieres of Changing Strangers by Melissa Thodos boasting her singular fluid, kinetic style, and Acid Reign in which TDC guest choreographer Brian Enos answers the question "what might a celebration look like on another planet in the future?"

Also on TDC's Timeless Motion program are Near Light, a very personal 2015 work by Melissa Thodos with glistening lighting and daunting lifts that combine for a memorable story of healing and support. 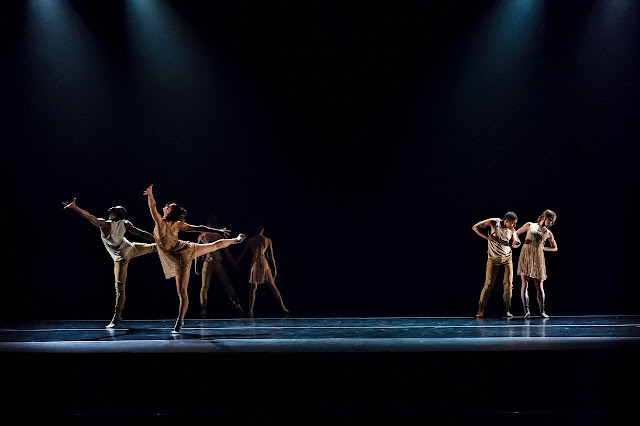 Timeless Motion will be performed at theNorth Shore Center for the Performing Arts in Skokie, Center Theatre; located at 9501 Skokie Boulevard, Skokie, Illinois.
Tickets range from $28 to $58 and are available online HERE or by calling (847) 673-6300. 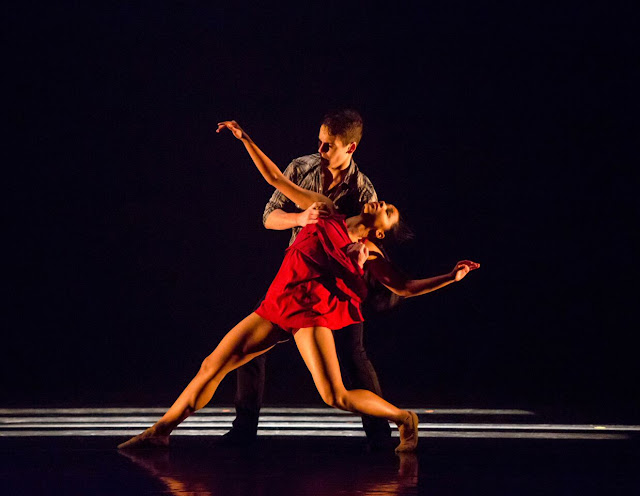 Flawed by John Cartwright and Uncovering by Briana Robinson. 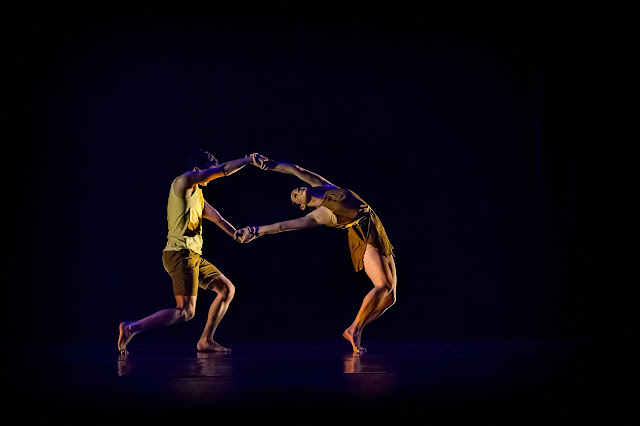 Also on tap for Thodos Dance Chicago in 2017

The program, titled FULL CIRCLE, promises an exhilarating evening of dance celebrating a quarter century of the company's innovation and artistry. Highlights include the Chicago premiere of Nos Duraturi, a compelling and dramatic commentary on mankind's ability to endure by the legendary Bella Lewitzky, "the Grand Dame of West Coast modern dance" as part of the company's American Dance Legacy Project.

The program will also boast Acid Reign by Brian Enos, a triumphant world premiere signature work by Melissa Thodos that will complete a trilogy by Thodos when paired with two signature works from the company's near and distant past. Note: this will be the only time this trilogy will be performed, ever. Single tickets are $29-$68. Purchase HERE or call (312) 341-2300 or buy in-person at Auditorium Theatre's Box Office, 50 E. Congress Parkway, Chicago.

A gala is also on tap to celebrate the company's 25 years as an integral part of Chicago's dance community, with Broadway legend and frequent Thodos collaborator Ann Reinking as Honorary Chair.

Twenty five years ago, in 1992, Melissa Thodos, a young Evanston-born, Chicago-based dancer and choreographer, was frustrated with the lack of opportunities for dancers to work in what in her mind was the obvious environment for a well-rounded dance professional: A place to perform. A place to create. And a place to educate.

Fast-forward 25 years, and Thodos is the only Chicago-based female choreographer and director to have helmed her own mid-sized, contemporary dance company with this unique mission for a quarter century.

True to her original idea, Thodos Dance Chicago has been performing, creating and teaching dance in Chicago, across the country in 27 states, and around the world on six continents ever since. The company's unique mission of inspiring expression through dance education, dance creation and dance performance has established Thodos Dance Chicago as an innovative, internationally known presence in American contemporary dance.

Today, Thodos Dance Chicago (TDC) is an ensemble of 14 versatile dance artists with a captivating style that uses a variety of dance forms. In addition to performing works by Melissa Thodos, TDC performs works created by guest and other renowned choreographers. Notably, Melissa Thodos has collaborated on several new works with Broadway legend Ann Reinking, resulting in some of the company's most high-profile, critically acclaimed, full-length "story ballets" including The White City: Chicago's Columbian Exposition of 1893 ("Best dance of 2011" - Chicago Sun-Times) and their equally acclaimed A Light in the Dark: The Story of Helen Keller and Anne Sullivan in 2013.

In addition to performing the work of others, these talented young dancers have the opportunity to create their own works via the company's annual New Dances initiative. Ensemble dancers also teach a full roster of dance classes for adults and children year round at the company's rehearsal home, the Drucker Center Menomonee Club in Chicago's Lincoln Park neighborhood. Thodos Dance also teaches after school dance classes for 50 at-risk youth at the Barreto Club in Humboldt Park and Club One in Pilsen. Both are branches of the Union League Boys and Girls Club improving the lives of children in underserved Chicago neighborhoods.

For more information, visit the main Thodos Dance Chicago site here.
Posted by Bonnie Kenaz-Mara at 11:31 AM No comments: