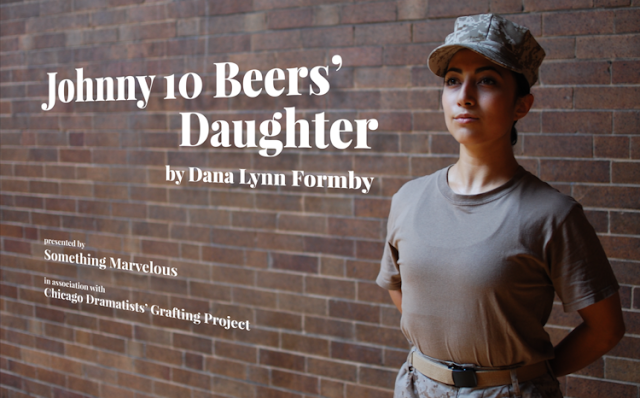 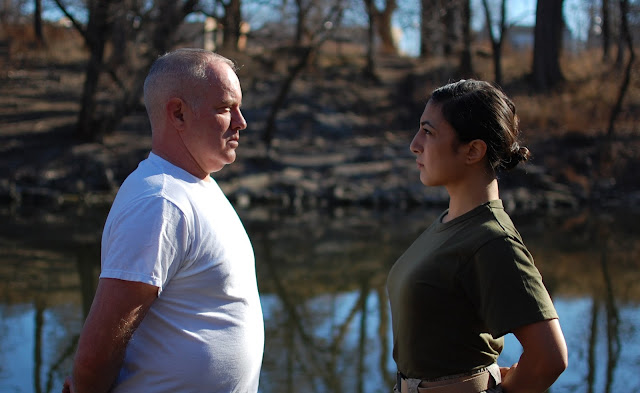 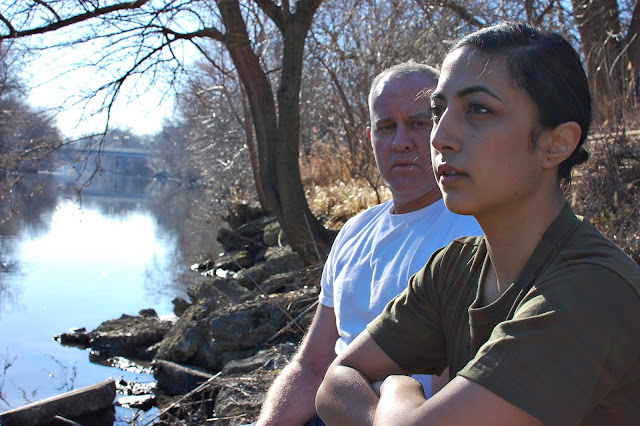 A father and daughter fish for silence in both the Euphrates and Poudre Rivers after serving in Iraq—a Marine Corp enlistment separated by 16 years. Johnny 10 Beers’ Daughter shares the personal and public struggles created by war. This dialogue-driven drama showcases the battle with post-war life and inner-self capturing the silence and the explosions of anger created by PTSD.

Johnny 10 Beers’ Daughter was a finalist for the 2016 Eugene O’Neill Award, Princess Grace finalist in 2015 and received an honorable mention by Kilroys in 2015.  The cast for Johnny Ten Beers’ Daughter includes: Randy Steinmeyer (Johnny) and Arti Ishak (Leila).


About Randy Steinmeyer (Johnny, Producer)
Johnny 10 Beers’ Daughter marks Steinmeyer 10th world premiere and first time as a producer.  An Associate Artist at Chicago Dramatists, Randy has appeared in:  Chops, McMeekin Finds Out, A Steady Rain (Jeff award for Best Actor), and The Prophet of Bishop Hill, all plays developed at Chicago Dramatists.  He also appeared in The Troll and The Elephant Prince, developed at the Goodman School of Drama/DePaul University, where he received a professional certificate in Acting.  Steinmeyer received a BA in Theater Arts from Blackburn College.  Other new work includes the musicals Larger than Life, All That Entertainment and Psychedelic Sundae, developed at Milwaukee Rep. Additional stage credits include: Man and Superman, The Infernal Machine, The Diviners, The Tempest, A Midsummer Night’s Dream, Wait Until Dark, Reckless, A Wrinkle in Time, Brigidoon, Out of Order, Rough for Theater 2/ Catastrophe, and The Bourgeouis Gentleman. Film work includes Public Enemies, The Babe, Transformers 3 and Game Day. TV work includes Chicago PD, The Playboy Club, The Beast, Early Edition, Turks, The Untouchables, and Mario and the Mob, a made for TV movie.

About Arti Ishak (Leila)
Ishak is a Chicago theatre artist, transplanted from Detroit, working on stage as well as producing and marketing for various storefront companies. She is a proud graduate of Western Michigan University’s Theatre Performance and Business programs. As an artist she is committed to being a part of and producing pieces that inspire social change and growth. She is specifically passionate about contributing to the growth of a strong female presence in the arts. It is her goal to challenge traditional gender roles and racial stereotypes that are typically associated with women of color in the media today. She believes magical realism can be an incredibly impactful tool as it has the unique ability to ask the worlds' big questions while engaging the audience's sense of wonder Along with being the Communications Manager for Something Marvelous, Ishak also serves as the social media marketing manager for The Strange Bedfellows Theatre.

About Dana Lynn Formby, playwright
Dana Lynn Formby is a resident playwright at Chicago Dramatists. She was a finalist for the 2016 Emory Fellowship in Playwriting as well as a finalist and semi finalist for the 2015 and 2016 Princess Grace Award for playwriting. Formby’s most recent play, The Play That Used To Be Titled ‘1247 Likes’ Decides To Go Dancing In The Cemetery, was commissioned by Theater Emory. The Labeler was a 2016 finalist for the American Blues Theatre Blue Ink Award and will be read at Luna Stage in 2017. Her play American Beauty Shop was read at Steppenwolf’s First Look 2014 and is was published by Bloomsbury Methuen in conjunction with the world premiere at Chicago Dramatists this past spring. Formby is a three-time ‘Kilroy Honorable Mention’ playwright and her plays have been produced, workshopped and read by Pegasus Theatre Chicago, Chicago Dramatists, Mortar Theatre Company, Steep, PICT, Victory Gardens, WordBRIDGE, Florida Studio Theatre, The Alliance Theatre of Atlanta, The Kennedy Center, Theater Emory and New York Theatre Workshop. Her short play A Deck of Monsters was featured in Goodman Theatre's New Play Bake-Off. Her play Until Death was produced in 2015 at Concordia University Chicago in association with Chicago Dramatists. She holds an MFA in playwriting from Ohio University and is represented by The Robert A. Freedman Dramatic Agency in New York.

About Emmi Hilger, Director, Producer
Emmi Hilger currently lives in Chicago where she is the artistic director of Something Marvelous, a festival of magical realism. Relationships are at the heart of every story she tells, and Hilger enjoys collaborating with playwrights to explore theatre's unique ability to inspire imagination. For Something Marvelous, Hilger has directed The Clean House by Sarah Ruhl, References to Salvador Dalí Make Me Hot by José Rivera, the workshop of Koalas by J. Joseph Cox, Sunrise: Ardmore Beach by Hallie Palladino and Sheltered by Laura Nessler.

About Something Marvelous
Something Marvelous is a theatre company based in Chicago dedicated to creating works of magical realism. Each year the company puts up a full production, conducts workshops of new plays in collaboration with playwrights, curates a series of special events involving local theatre companies and leads a dialogue about imagination in the theatre. 2013 was its inaugural festival, with three readings, a Night of New Works and a production of The Clean House by Sarah Ruhl. In 2014, Something Marvelous presented References to Salvador Dalí Make Me Hot by José Rivera, a Night of New Works, and eight reading series events. The 2015 festival featured six world premieres of ten-minute plays in a fully produced Night of New Works, three workshops culminating in staged readings at the Chicago Cultural Center thanks to the DCASE In the Works residency and four special events geared towards actors, directors and designers. 2016 brought Something Marvelous’ first world premiere, Don't Look by Gina Doherty, as well as a continuation of the workshop series and special events. For more information, please visit www.somethingmarvelous.org. 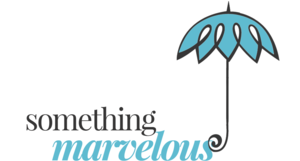 Something Marvelous and Randy Steinmeyer, in association with Chicago Dramatists’ Grafting Project, present the Johnny 10 Beers’ Daughter. Written by Dana Lynn Formby and directed by Emmi Hilger, Johnny 10 Beers’ Daughter runs May 19 – June 18 at Chicago Dramatists, 1105 W. Chicago Ave. Previews are Friday, May 19 and Saturday, March 20 at 8 p.m. Opening performances are Sunday, May 21 at 3 and 7 p.m., press is invited to attend either opening day performances.  Regular performance times are Thursdays - Saturdays at 8 p.m. and Sundays at 3 p.m. Ticket prices are $18 for preview performances, $22 for Thursday and Sunday performances and $28 for Friday and Saturday performances.

Tickets may be purchased online at http://www.somethingmarvelous.org/johnny-ten-beers-daughter/.
Posted by Bonnie Kenaz-Mara at 4:51 PM No comments: