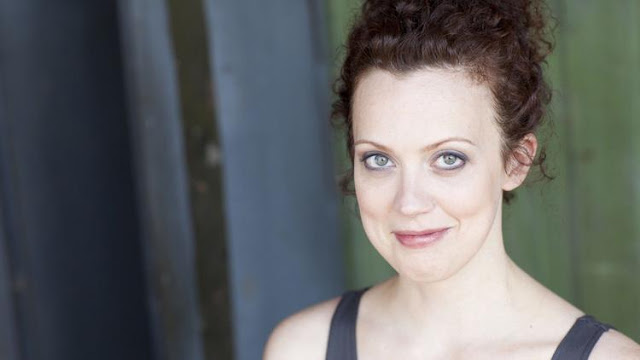 Allison Hendrix is stepping down from her role at Kokandy to pursue her yoga career.
(Popio Stumpf Photography)

Under Hendrix’s leadership, Kokandy has presented 13 musicals and numerous staged musical readings, establishing the company as a leader in the growth and visibility of storefront musical theatre in Chicago. During her tenure, Kokandy has earned over 40 Joseph Jefferson Award nominations, including four wins, and gained national recognition in publications such as American Theatre and The Sondheim Review. Hendrix’s credits with Kokandy include music direction for The Great American Trailer Park Musical, The Last Five Years and Bonnie and Clyde; direction of Loving Repeating and Little Fish; and acting in The Last Five Years and Assassins.

Board President Scot Kokandy comments, “I can’t believe it was six years ago this summer that we produced our first musical and since have produced a total of 13 shows. Allison has been a great influence on Kokandy Productions from the very beginning and the company wouldn’t be what it is today without her. I want to thank Allison for her time, talent and contributions in the various roles she served over the last six years. Allison will remain on the board of directors and the board and I will be posting the position of Producing Artistic Director this week."

Adds Hendrix, “Working with Scot and so many of Chicago’s exceptionally talented actors and musicians has been one of the formative experiences of my lifetime. I’ve grown as a human and an artist, in ways I could never have expected. As so many storefront theatre makers know, the work is demanding and time-consuming, and I’ve reached a place where I need to take my energy and focus into my personal life and yoga teaching career.”