OPENING: KANEZA SCHAAL: JACK &, A Genre-Bending Comedy of Errors at The Museum of Contemporary Art Chicago 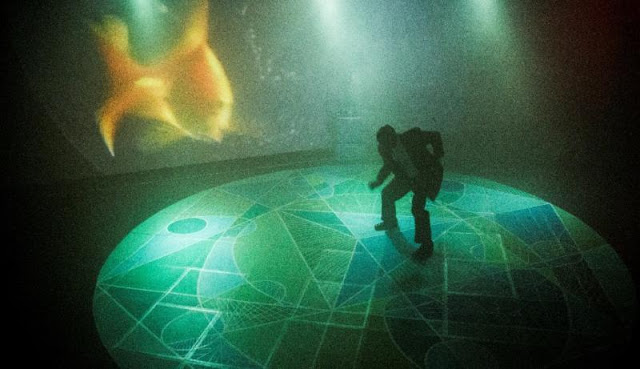 The Museum of Contemporary Art Chicago presents JACK &, a genre-bending comedy of errors directed by Kaneza Schaal and starring Cornell Alston that considers the unmeasurable damage of incarceration on one's dreams and aspirations. Through the lens of rituals for entering society, such as prison re-entry programs and debutante balls, this three-part performance explores the lived experience of rebuilding one's life after prison and the transitions and transformations that bridge society's disparate worlds. Whereas the state sees in black and white -- who is innocent and who is guilty -- JACK & focuses on the internal lives of the incarcerated, exposing the complexities and downfalls of how society trains humans to live. With design and text by Christopher Myers and live music by Rucyl Mills, JACK & takes place at the MCA Stage May 24-26, 2018 and is organized by MCA Associate Curator of Performance Tara Aisha Willis.

Building a portrait of a dream interrupted and resumed, Cornell Alston as 'Jack' comes home from working the night shift at a bakery to make a cake for his wife 'Jill.' Marking the return to his own, internal life, Jack whirls through a dance that is part-dream, part-transformation ritual. The play is enacted through familiar forms of expression adapted from stand-up comedy, soul music, recipes, sitcoms, and social dance, with a set that serves as a comedy club, a 1950s kitchen, and a ballroom.

As social rituals both real and imagined play out in these spaces, JACK & resists a linear narrative, offering entry points to broader conversations. Encouraging civic dialogue outside of the performance itself, Schaal, Alston, and Myers led an engagement residency at the MCA earlier this year, sharing the themes of the performance with high school students, educators, and organizers in Chicago, and building audiences with support from Jane M. Saks and Project&.

Cornell Alston (Jack) is a long-time member of Rehabilitation Through the Arts, a non-profit that uses the arts as a springboard to teach life skills to individuals both inside and outside of state correctional facilities. He initiated the Youth Empowerment Through the Arts initiative that launched in Queens, New York, and he continues to work as an arts-in-education advocate. Alston performed and collaborated with Kaneza Schaal on PLEASE, BURY ME at Baryshnikov Arts Center and GO FORTH during a Performance Space 122, RAMP residency. Other performance highlights include One Flew Over the Cuckoo's Nest, 12 Angry Men, and the title role in Ma Rainey's Black Bottom.