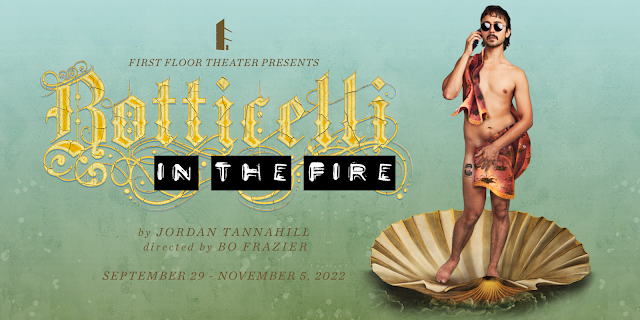 First Floor Theater is pleased to launch its Tenth Season with the Chicago premiere of Jordan Tannahill’s Botticelli in the Fire, a hot-blooded queering of Renaissance Italy that questions the value of art at the collapse of society. Directed by Bo Frazier, Botticelli in the Fire plays September 22 – November 5, 2022 at The Den’s Janet Bookspan Theatre, 1331 N. Milwaukee Ave. in Chicago. Tickets available at firstfloortheater.com. 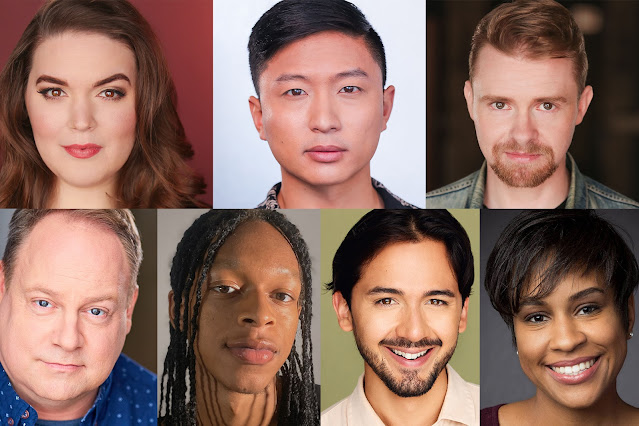 Playboy Sandro Botticelli has it all: talent, fame, good looks. He also has the ear – and the wife – of Lorenzo de Medici, as well as the Renaissance’s hottest young apprentice, Leonardo Da Vinci. But while at work on his breakthrough commission, ‘The Birth of Venus’, Botticelli’s devotion to pleasure and beauty is put to the ultimate test. As the plague sweeps through the city, the charismatic friar Savonarola starts to stoke the fires of dissent against the liberal elite. Botticelli finds the life he knows breaking terrifyingly apart, forcing him to choose between love and survival. Jordan Tannahill’s hot-blooded queering of Renaissance Italy questions the value of art at the collapse of society.

Jordan Tannahill (Playwright, he/him) is a Canadian writer and director. He has been described as being ‘widely celebrated as one of Canada’s most accomplished young playwrights, filmmakers and all-around multidisciplinary artists’ (Toronto Star), and ‘the enfant terrible of Canadian theatre’ (Libération). His plays have been translated into ten languages and widely honored in Canada and abroad. He has twice received a Governor General's Literary Award – in 2014 for Age of Minority: Three Solo Plays, and in 2018 for his plays Botticelli in the Fire and Sunday in Sodom. His plays, performance texts and productions have been presented at venues including The Young Vic Theatre (London), Sadler's Wells (London), The Kitchen (NYC), Festival d'Avignon (Avignon), The Lincoln Centre (NYC), The Deutsches Theater (Berlin), The Volkstheater (Vienna), The National Arts Centre of Canada (Ottawa), Woolly Mammoth Theatre (Washington, D.C.) and on London's West End. He is the author of Theatre of the Unimpressed, a book of essays on theatre. His debut novel Liminal, a work of autofiction, was named one of the best Canadian novels of 2018 by CBC Books and won France’s 2021 Prix des Jeunes Libraires. His second novel, The Listeners, has just been published by HarperCollins. His virtual reality performance Draw Me Close, produced by the National Theatre (UK) and the National Film Board of Canada, was presented at the Tribeca Film Festival and Venice Biennale in 2017, and ran at London's Young Vic Theatre in January 2019. Jordan has also worked in dance, choreographing and performing with Christopher House in Marienbad for the Toronto Dance Theatre, and writing the text for Akram Khan's dance pieces Xenos and Outwitting the Devil, both currently touring internationally. From 2012 – 2016, in collaboration with William Ellis, Jordan ran the alternative art space Videofag out of their home in Toronto’s Kensington Market neighbourhood. Over the four years of its operation, Videofag became an influential hub for queer and avant-garde work in Canada.

Bo Frazier (Director, they/them) is a highly visual and compositionally driven theatre maker interested in new work that tells traditionally excluded narratives in extremely imaginative ways. They are so incredibly excited to be making their Chicago directing debut with First Floor! Since moving to Chicago in 2021, they have worked with Victory Gardens, Sideshow Theatre, Rivendell Theatre Ensemble, BoHo Theatre, Filament Theatre and Mudlark Theatre. Favorite directing and choreography projects include: Hit The Wall by Ike Holter, Men on Boats by Jaclyn Backhaus, Love & Information by Caryl Churchill, The Curious Incident of the Dog in the Night-Time by Simon Stephens, Bright Star the musical, as well as new play productions by Dakota Parobek, C. Meaker, Leigh M. Marshall and KT Peterson.  Previously based in NYC and London, Bo has worked with companies such as The National Theatre (UK), Birmingham Rep (UK), Greenwich Theatre (UK), Signature Theatre (NYC), Dixon Place (NYC), Rutgers University (NJ), Theatre167 (NYC), Heartbeat Opera (NYC), Indiana Repertory Theatre (IN) and London Theatre Workshop Off-West End (UK), which they co-founded. They hold an MFA in Directing from University of Iowa alongside the Iowa Playwright’s Workshop, a MA in Acting from Royal Birmingham UK Conservatoire, a BA in Theatre from Millikin University, and was trained through SITI Company. www.bofrazier.com

Founded in 2012, First Floor Theater has garnered a reputation for pairing some of the most cutting-edge scripts in Chicago and the American Theater with a signature innovative design style. Shortly after their inaugural season, FFT was named “Best New Theater Company” in the Chicago Reader. FFT was also honored to be recognized with the 2018 Francesca Primus Prize from ATCA for their production of Leah Nanako-Winkler’s Two Mile Hollow, and in Newcity’s Players 2019: “The Fifty People Who Really Perform for Chicago”. Some of First Floor’s notable past productions include Hooded or Being Black for Dummies, Mike Pence Sex Dream, Two Mile Hollow, peerless and Plano. First Floor Theater is a Resident Company at The Den Theatre.

Posted by Bonnie Kenaz-Mara at 2:57 PM No comments: