Sophocles’ Tragedy, Antigone is Given a Modern Adaptation at Redtwist Theatre JUNE 23 – JULY 31 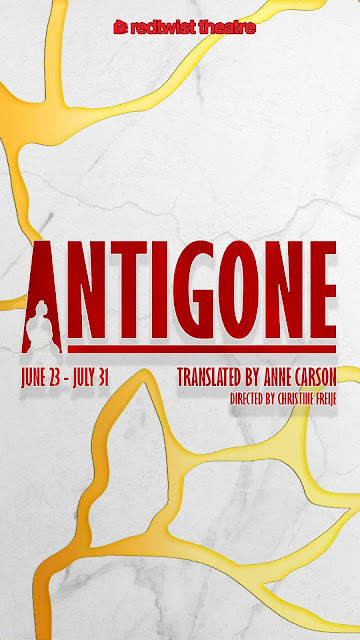 Redtwist Theatre announces the cast and creative team for its next production, Antigone, adapted by Anne Carson and directed by Christine Freije, June 23 – July 31, at Redtwist Theatre, 1044 W. Bryn Mawr Ave. The current running time is 2 hours including the intermission. Previews are Thursday, June 23 – Saturday, June 25 at 7:30 p.m. The performance schedule is Thursdays – Saturdays at 7:30 p.m. and Sundays at 3 p.m. Ticket prices are $15, previews; $35, Thursday performances and $40, Friday – Sunday performances. Student and senior discounts are available. All tickets are now on sale at RedtiwstTheatre.org or by calling 773.728.7529.

Antigone is a woman suddenly pitted against the world. She simply wants to give her brother a fair burial and isn’t afraid to fight the patriarchy to do it. In this colloquial, light-fingered and cutting translation of one of Sophocles’ great tragedies, Antigone places personal allegiance before an unjust city law, a tenacious act that ultimately triggers others into a cycle of destruction.

Anne Carson is a MacArthur Fellow; she has received the Lannan Prize, the T.S Eliot Prize, the Pushcart Prize, the Griffin Poetry Prize (twice awarded) and a Guggenheim fellowship. She was also the Anna-Maria Kellen Fellow at the American Academy in Berlin, Germany.

Christine Freije is a director and deviser based in Chicago and Portland, Oregon. Recent credits include Tartuffe, Everybody, The Gap (The Theatre School at DePaul University),Dream-Rushes (A Wonderful Trip) (Theatre Contra),Song of My Self-Care (Jimmy Grzelak) and Shrew (Reject Theatre Project). She is a current MFA candidate at The Theatre School at DePaul University and has worked at the Arden Theatre, Interact Theatre Company, Philadelphia Artists’ Collective, Commonwealth Classic Theatre Company and Berkshire Theatre Group. 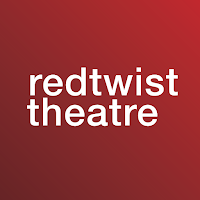 Redtwist is an award-winning theatre company that stages five, up close and personal contemporary dramas annually in its intimate black box theatre housed proudly within the heart of Edgewater’s Bryn Mawr Historic District.

Intimate performances at Redtwist are designed to place the theatre patron in the midst of the stories being told, making them accessible and riveting. Redtwist strives for excellence with every project and proactively endeavors to take risks while offering opportunities for up-and-coming actors, designers and directors to work with established talent. Redtwist provides the very best Chicago storefront theatre experience from excellence on stage, to warm hospitality in a clean, friendly environment.