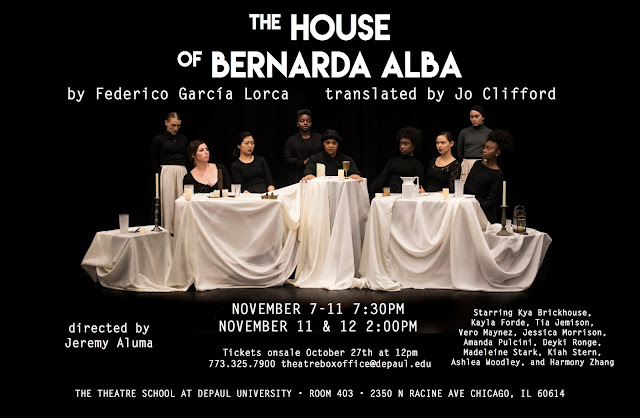 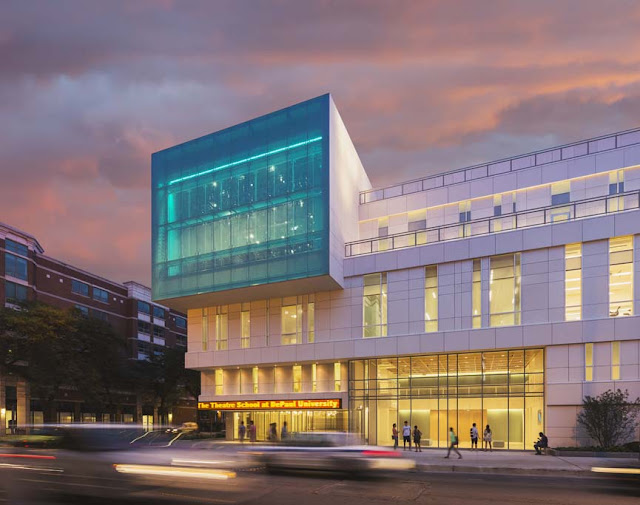 Email ThisBlogThis!Share to TwitterShare to FacebookShare to Pinterest
Labels: DePaul University, FEDERICO GARCÍA LORCA, shows on our radar, The House of Bernarda Alba, The Theatre School at DePaul University

Bullying awareness month (October) is over, but huge (potentially lethal) societal issues like bullying should be front and center year round.   We've seen The Laramie Project & the thought provoking follow up, The Laramie Project: Ten Years Later at Red Twist Theatre   We highly recommend coming out for this free reading.   Bring your mature tweens and up. Teach tolerance. 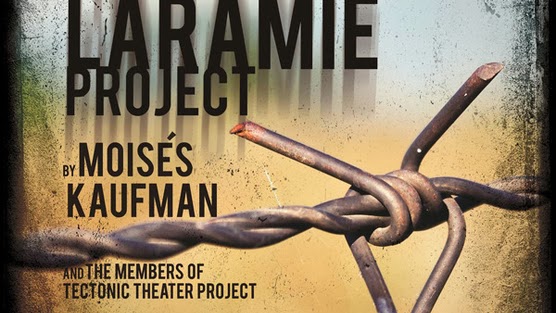 WHO/WHAT:
The Theatre School at DePaul University will host a staged reading of THE LARAMIE PROJECT by Moisés Kaufman and The Members of the Tectonic Theater Project, directed by Theatre School adjunct faculty member Carolyn Hoerdemann. The reading will be followed by a moderated question/answer session, and breakout discussions.

Ole Miss student, Garrison Gibbons, who was a member of the cast during the reading at the University of Mississippi, will be reprising his role and joining the ensemble of DePaul University students for this reading.

Also in attendance will be Susan Burk, Laramie Project Specialist at the Matthew Shepard Foundation. Ms. Burk is also an alumna of The Theatre School at DePaul University.  She will participate as an ensemble member in the reading, and will facilitate the post-show conversation.

This event is co-sponsored by:  DePaul University's Office of Institutional Diversity and Equity, LGBTQA Student Services, the Center for Intercultural Studies, and ACT OUT DePaul.  Members of the DePaul Athletic Department Captains' Council are involved as student leaders in the break-out discussions. The Theatre School at DePaul University (Dexter Zollicoffer, Diversity Advisor) is pleased to partner with these organizations and departments.

WHERE:
The Merle and Harold Reskin Lobby at The Theatre School at DePaul University. 2350 N Racine Ave (at Fullerton), Chicago, IL 60614

STATEMENT OF INTENTION FROM THE STUDENTS:
"The students of DePaul University's Performance 290 course for non-majors, and our special guests, are proud to present a reading of The Laramie Project to be held at the university campus in Lincoln Park on November 18th, 2013. The recent events at Ole Miss have brought into public attention that there are many people who still suffer from discrimination for their personal identity.  A group of Ole Miss football players made derogatory and homophobic remarks to the cast of The Laramie Project being produced at the school.  As a response, we have been inspired to continue carrying the message of acceptance and unity."

The change.org petition, created by the students, can be found here: http://www.change.org/petitions/cast-of-ole-miss-the-laramie-project-raise-awareness-for-gay-rights-2.

ADMISSION:
Admission is free.  All are welcome to attend.


This reading is hosted by The Theatre School at DePaul University.  To learn more about our training and our public programming, please visit http://theatre.depaul.edu
Posted by Bonnie Kenaz-Mara at 12:26 PM No comments: