To say we're super stoked about this show here at ChiIL Mama & ChiIL Live Shows is a colossal understatement! I played when they first opened, with my son and a couple of his friends, all high school freshmen. 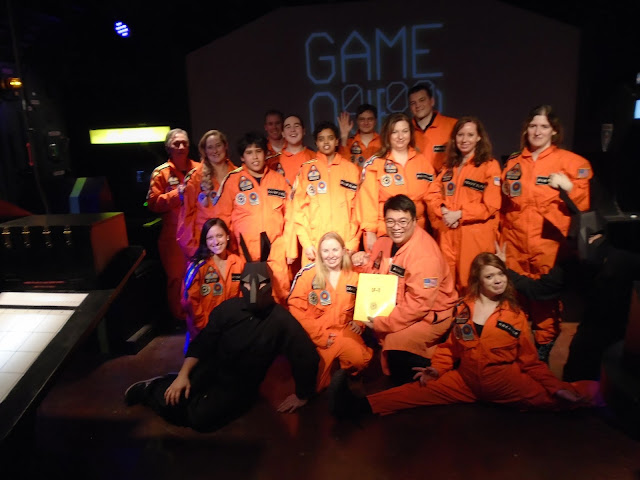 We ran out of time and blew up the world, but had a blast! During the first wave of shows in February, we were also excited to partner up with The House and give away 2 pairs of these highly sought after tickets to our readers. The rest is history. 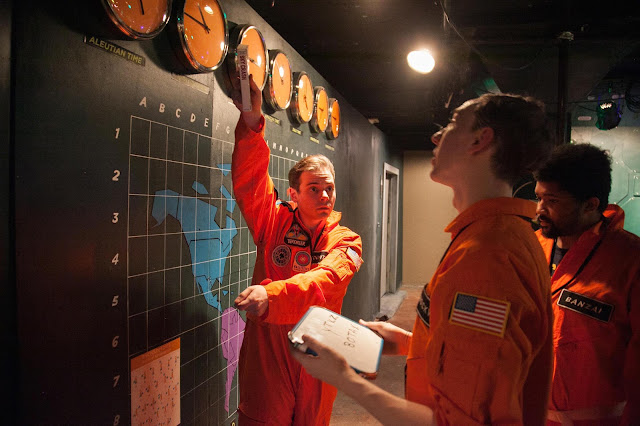 The initial run and extension sold out super fast and my son, Dugan, loved the show so much we bought 6 tickets so he could come back with more friends and play again for his 15th birthday. This series of puzzles is crazy tough to crack (only 22 out of the first 100 teams did it!!) and on Dugan's birthday they were 1 task short of solving it the 2nd time around when they had to strike a "costly compromise" with under 10 seconds to total annihilation. The game was a huge hit for all involved, and one of the most memorable birthdays ever. Oh so highly recommended!

Dugan & his birthday entourage got to play the ONE HUNDREDTH GAME, on Easter, & have a birthday party too! 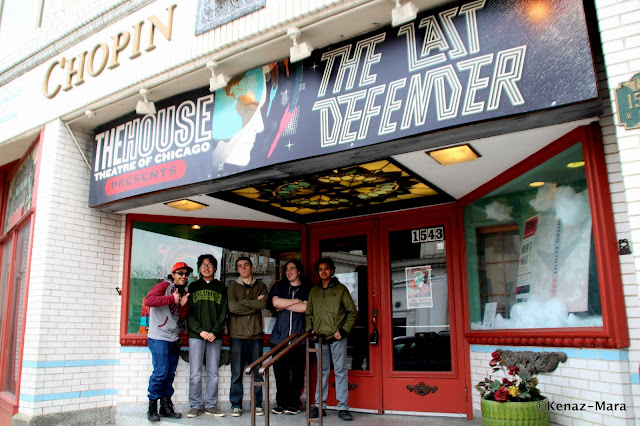 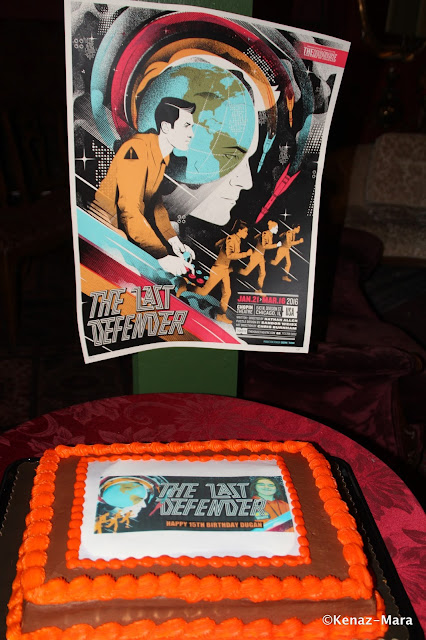 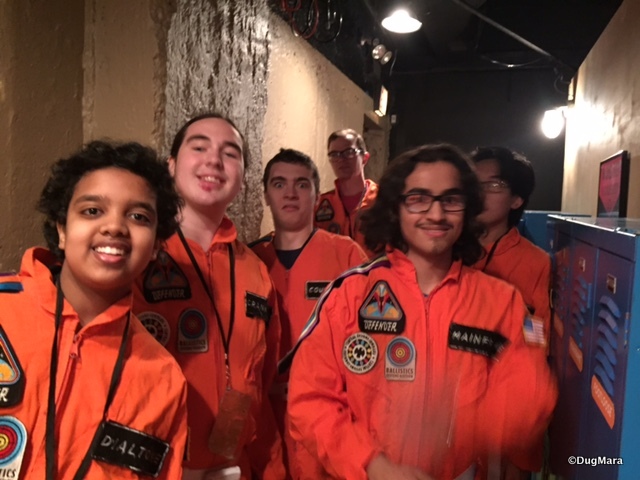 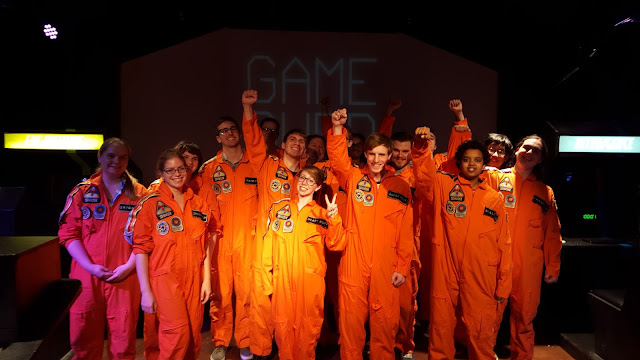 Check out our full set of Dugan's Last Defender Birthday shots in the slideshow here and more favorites embedded below:

We're elated about the latest extension because EVERYONE should have a chance to play this live action room escape puzzle. It's great for guys, girls, and geeks ages 14+ and it's SO much fun we're hoping a room escape show becomes part of The House Theater's line up every season. 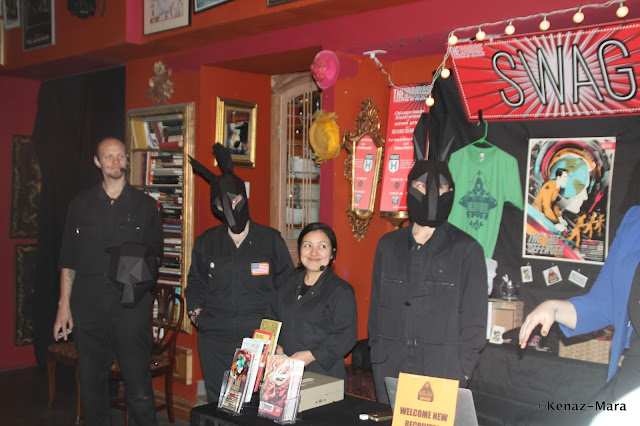 We played on Easter afternoon so it was oddly fitting to be following black rabbits down the hole into an alternate near apocalyptic reality. They even left Easter eggs (of the candy filled variety, not the hidden code easter eggs of video game fame) around the playing space as an extra treat and the birthday boy got one in his locker. House Theatre ROCKS! 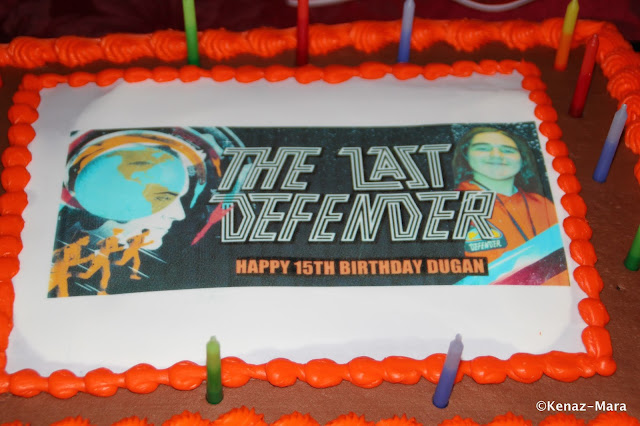 We even made Dugan a Last Defender 15th Birthday Cake & shared it with cast & crew.

The Last Defender is great for a group of friends, date night, or family fun for high school kids through adults. It's addictive and players are returning in droves to play again and again. Book your tickets NOW before the clock ticks down and all you see on site are the sad words SOLD OUT! Don't miss THIS! 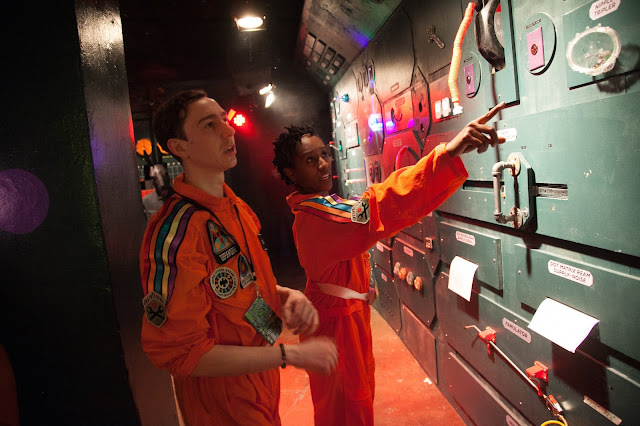 WHAT:
The House Theater of Chicago is adding 86 new performance times, extending to June 12 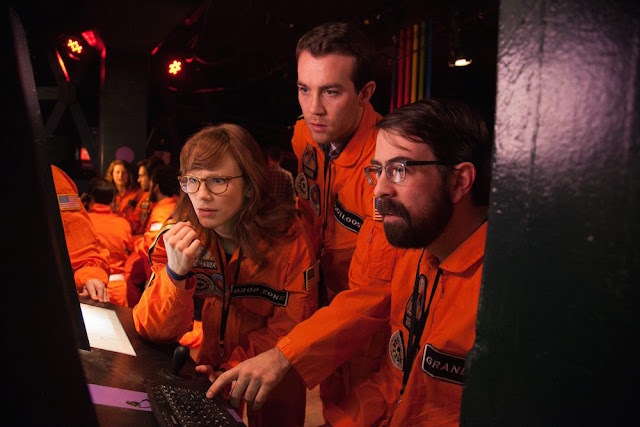 ABOUT THE LAST DEFENDER
Artistic Director Nathan Allen and Company Member and D.C. Comics artist Chris Burnham, have teamed up with some of Chicago’s best loved puzzle and game designers in this world premiere. Together, they created a wholly new experiment in immersive story and stagecraft call The Last Defender.  It’s part performance, part puzzle hunt, and part live action game.

Set during the Cold War, The Last Defender draws on the era's sense of paranoia, and fear of nuclear attack to give audiences a one-of-a-kind storytelling experience. Audience members become the
heroes of the story in The Defenders' underground headquarters. The United States and The Soviet Union are still mired in the Cold War. Artificial intelligence has been deployed alongside 8 bit
arcade-style computer technologies to control our nuclear weapons.


The game will present teams of players with a classic "trolley problem” resulting in three possible endings based on their choices and actions: Nuclear War, which is easy to achieve. Nuclear Peace, which is very difficult, and a costly compromise scenario for teams who fail to reach Nuclear Peace but wish to avoid Nuclear War. Players will navigate their own paranoia, as well as the stresses of Mutually Assured Destruction to do the job of The Defenders. Everyone will work as a team to gather information, solve puzzles, and make increasingly difficult decisions in real time. All to complete The Defenders' mission and save the world. 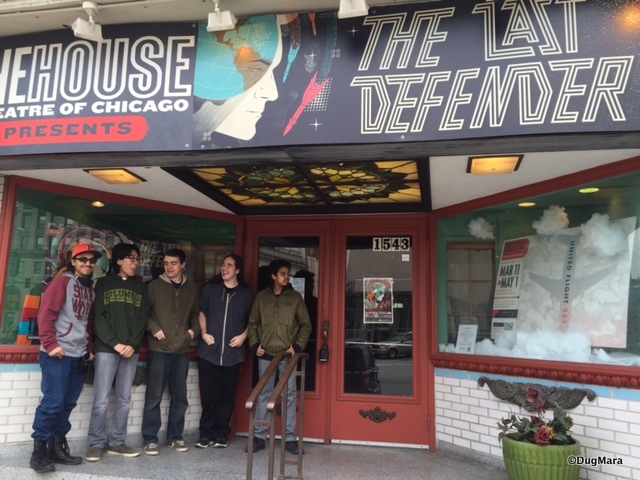 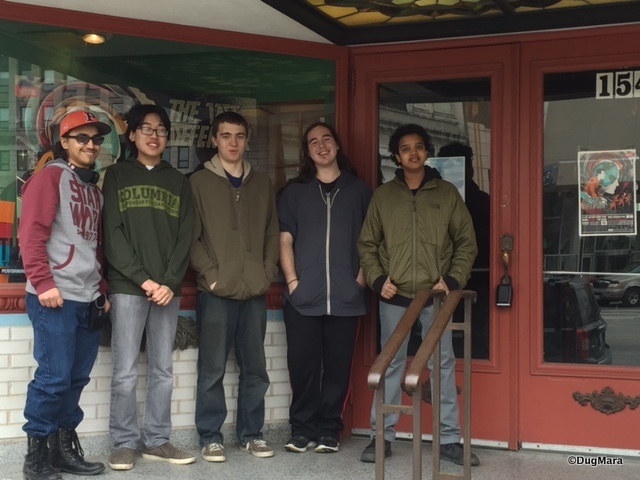 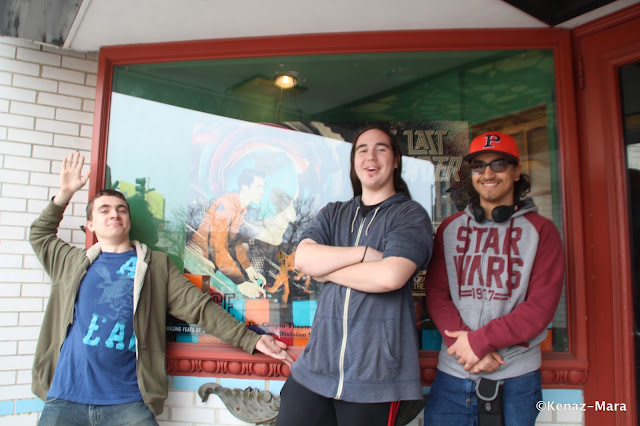 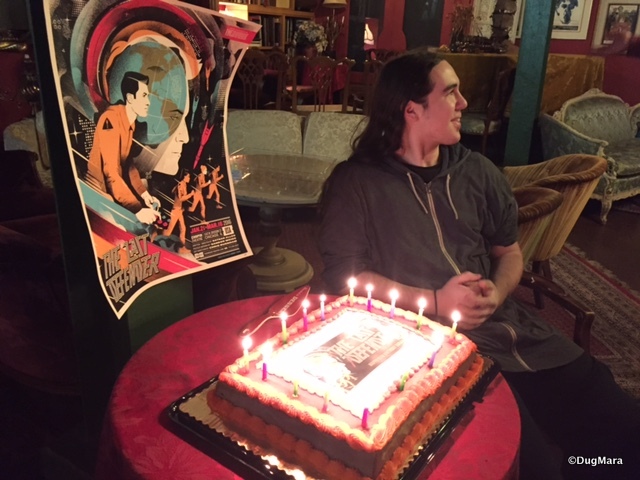 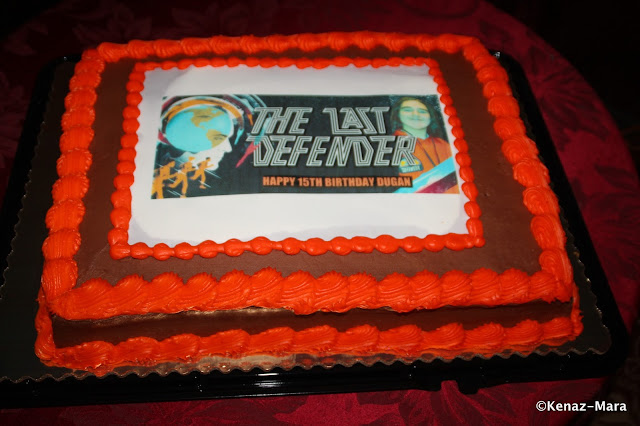 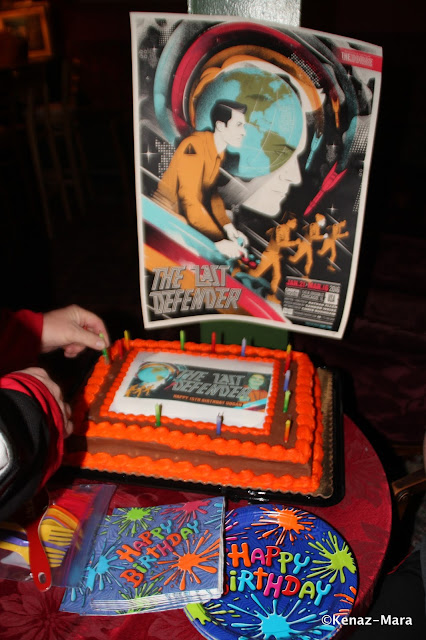 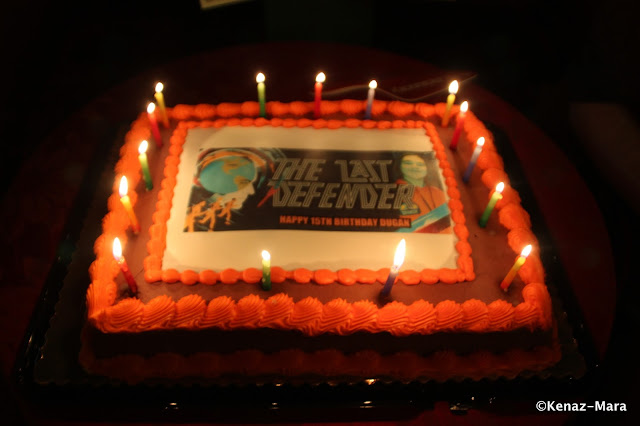 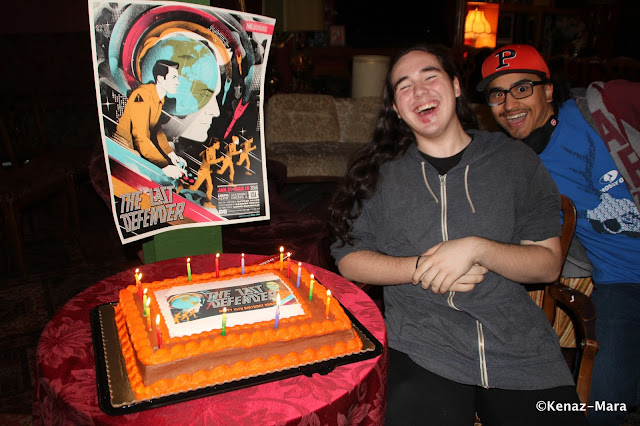 Dugan and I both bought these rockin' Last Defender tee shirts after we played in February! And everyone who plays get a free surprise packet to take home. 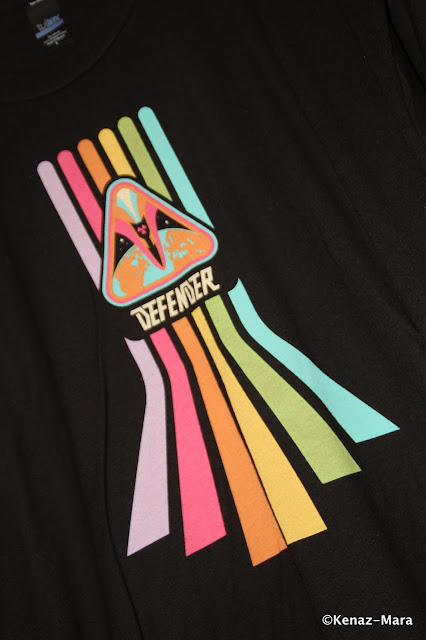 The geek in me loves that they're keeping game stats & standings: 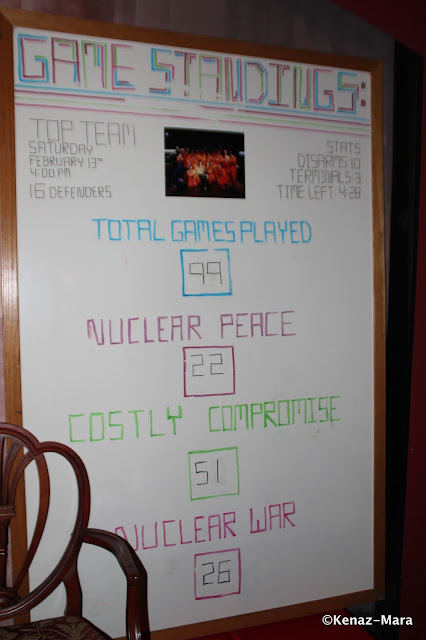 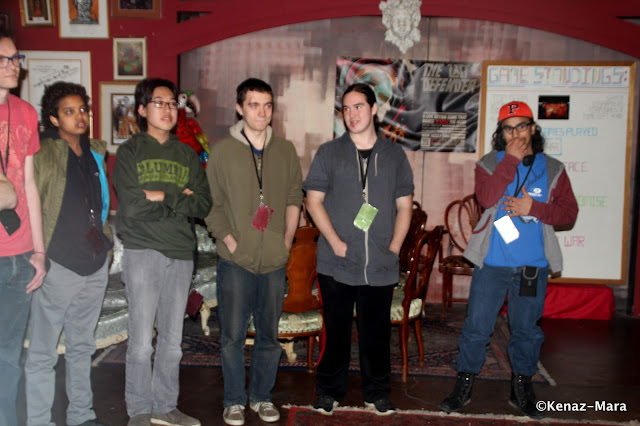 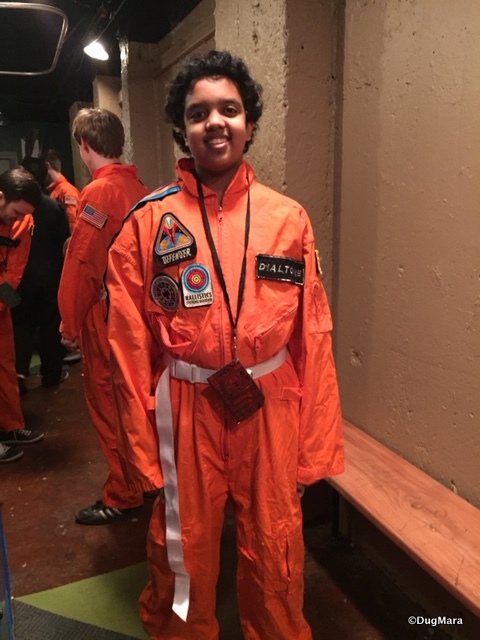 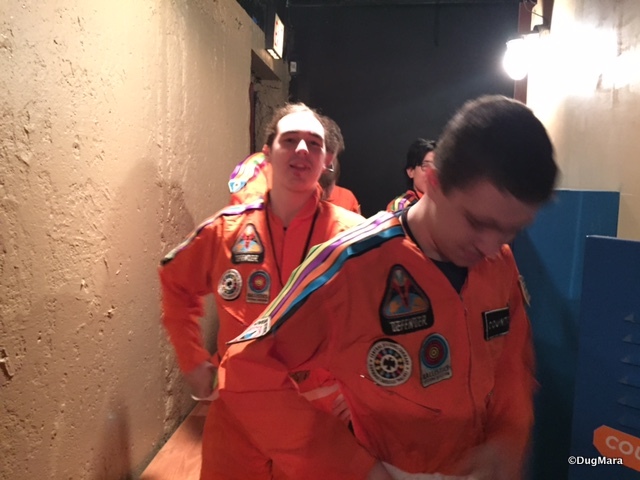 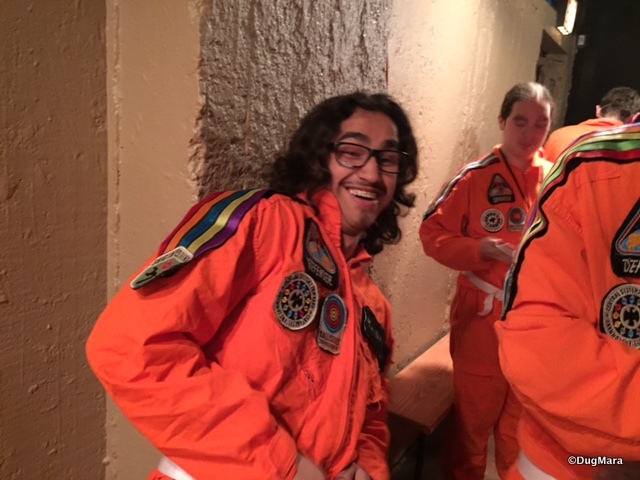 Posted by Bonnie Kenaz-Mara at 1:13 PM No comments: