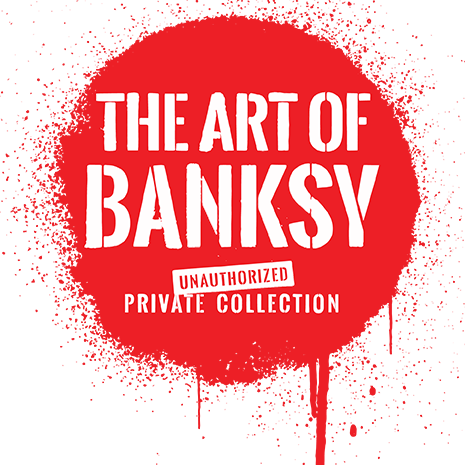 The Art of Banksy will feature more than 80 works by the elusive street artist including many of his most recognizable images such as “Flower Thrower,” “Rude Copper” and “Girl with Balloon.”

Here at ChiIL Mama we dig Banksy's stealth street art. Although it's an unauthorized exhibition, in true BANKSY fashion, this exhibit has gone through date and location changes, but we're excited to say, this illusive art opening is now slated for the second week of August. I'll be out for the press opening August 13th so check back soon for my full review.

The Art of Banksy, the largest touring exhibition of authentic Banksy artworks in the world, has announced the Chicago exhibition will be held on the 4th floor of 360 N. State St: a 45,000-square-foot space that was the home of other public exhibits. The public opening will be Saturday, Aug. 14.

Situated in the heart of River North adjacent to the Marina Towers, 360 N. State St. is quickly developing a reputation as an exhibition space. The modern venue’s tall, overarching ceilings provide ample room to showcase Banksy’s work in all its glory. Guests also have the opportunity to enjoy the space’s outdoor balcony and a VIP/Private reception room on the 3rd floor. The venue stands in a bustling, energetic region of River North, amongst esteemed restaurants, hotels, music venues and more, just steps away from the Chicago Riverwalk. With on-site parking available, 360 N. State St. is easily accessible via numerous L and bus lines, including the nearby Grand Avenue CTA Red Line stop. 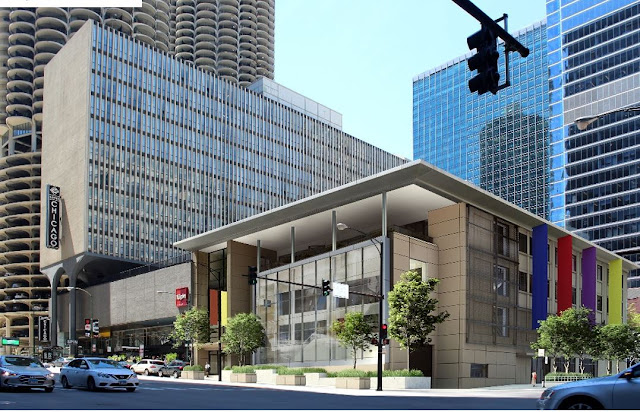 Banksy’s works are seen on city walls, bridges and streets throughout the world, but The Art of Banksy offers a rare chance to see a multitude of works in one location.

In true Banksy style, The Art of Banksy is not authorized or curated in collaboration with the artist, but rather sourced from private collections allowing the public to see works that would otherwise stay hidden in private homes or warehouses. Banksy, whose identity is the art world’s biggest secret, is an enigmatic artist and world-recognized activist. His graffiti-influenced stencil technique, often combined with anti-establishment slogans, is immediately recognizable and never fails to generate immediate attention.

Seen by 750,000 people worldwide, The Art of Banksy has already generated excitement in Melbourne, Tel Aviv, Auckland and Toronto with rave reviews from critics all around the world. Harper’s Bazaar advised “This isn’t one to miss,” Marie Claire proclaimed it “A must see!” while TimeOut Toronto described The Art of Banksy as “a welcome reminder of the explosive impact of the artist’s works, and of the powerful potential of street art.”

Ticket prices start at $39.99 ($29.99 for children 16 or younger), with timed, flexible and VIP ticket options available. Tickets are on sale for viewings from Aug. 14 through Oct. 31, 2021. Ticket buyers will be contacted to be notified of the venue change. Individuals who have purchased tickets for a date before Aug. 14, will also be contacted to reschedule their tickets.  For more information about The Art of Banksy, visit banksyexhibit.com. Follow the exhibition on social media at @BanksyExhibit on Facebook, Instagram or Twitter. Please consult the website for updated information on COVID- 19 protocols.

Starvox Exhibits is a new division of Starvox Entertainment. Starvox Entertainment, founded in 2005 by Corey Ross, has ranked on Profit Magazine’s list of Canada’s top growth companies for four years running - the only live Entertainment Company ever to be on the list. Starvox produces unique live theatre properties, including: the hugely successful “Wow Variety Spectacular,” currently in residence at Caesars Entertainment’s Rio Casino, the record-breaking “Evil Dead: The Musical,” successful touring West-End hit Harry Potter parody “Potted Potter: The Unauthorized Harry Experience,” “Trey Parker’s Cannibal! The Musical” and  many others. Starvox Exhibits is also one of the founding producers of Immersive Van Gogh, the original immersive experience now on view in cities across North America.

Founded by Chris Den Uijl, Lucas King, and Michael Berg, [ collectiv presents ] has decades of experience in talent buying and event promotion and production across multiple genres, and in multiple cities and states throughout North America.

Posted by Bonnie Kenaz-Mara at 8:42 AM No comments: