OPENING: World Premiere of The Displaced Via Haven Theatre at The Den Theatre


Haven Theatre Present the World Premiere of
THE DISPLACED
By Isaac Gomez
Directed by Jo Cattell
May 31 – July 1, 2018 at The Den Theatre

Haven Theatre is pleased to conclude its 2017-18 Season with the world premiere of THE DISPLACED, an electrifying thriller exploring the heartbreak of gentrification and the scars we leave on each other. Written by Isaac Gomez and directed by Jo Cattell, THE DISPLACED will play May 31 – July 1, 2018 at The Den Theatre's Janet Bookspan Theatre, 1331 N. Milwaukee Ave. in Chicago. Tickets go on sale shortly at haventheatrechicago.com.

Marísa and Lev have just moved into their new Pilsen apartment in hopes of rekindling a spark that’s long been extinguished. While looking for the circuit breaker in the attic, a mysterious coconut appears, leftover from the previous tenants with a dark history inside it. The Displaced explores the wake of pain and yearning left behind when gentrification forces people out of their homes and the kind of vengeance that can come from it.

Comments Haven Artistic Director Josh Sobel, "The best horror stories, in my view, always have something deeper to say about the world we live in – a warped-mirror reflection of the reality we so often choose to ignore, an attempt to shock us into seeing. This is so much of the power and potency of Isaac Gomez's electrifying new play, The Displaced – a thriller with its heart anchored in the devastating cost of gentrification that is happening even right now in our very own city. Isaac's voice first blew me away in 2016 with his utterly riveting and ravaging The Way She Spoke, and it became immediately clear that this is someone whose point of view I dearly wanted at Haven Theatre. It is a privilege to make that dream a reality with Isaac's stunning world premiere."

Artist Biographies
Isaac Gomez (Playwright) is a playwright and dramaturg currently working as the Director of New Play Development at Victory Gardens Theater in Chicago where he curates the Public Programs series, directs the new play development department and heads the IGNITION Festival of New Plays. As a playwright, he has worked with the Goodman Theatre, Steppenwolf Theater Company, Oregon Shakespeare Festival, Victory Gardens Theater, Pivot Arts, American Theater Company, Chicago Dramatists, Teatro Vista, Definition Theater Company, Greenhouse Theater Center, Sideshow Theater Company, Broken Nose Theater and Something Marvelous. He is the Co-Creative Director at the Alliance of Latinx Theatre Artists in Chicago where he runs and is a participant of El Semillero: ALTA Chicago's Latinx Playwrights Circle, a Resident Playwright at Chicago Dramatists, an Ensemble Member with Teatro Vista, Artistic Associate with Pivot Arts, Artistic Curator for Theater on the Lake 2017/2018, a steering committee member of the Latinx Theatre Commons (LTC) and an artistic community member at The Hypocrites in Chicago. He is also a Professional Lecturer of Theater Studies at The Theatre School at DePaul University.

Jo Cattell (Director) is currently creating An Epic Tale of Scale for Chicago Childrens’ Theatre, with Henry Wishcamper for performance in 2018. She is part of the LightPoets (along with dandypunk and Darin Basile), whose immersive theatre show, HEARTCORPS: Riders of the Storyboard premiered at the 2017 Sundance Film Festival and is currently in development for a full production. Recent credits: Associate Director on Shakespeare in Love (Chicago Shakespeare Theater), Tumbao (Steppenwolf 1700 Theatre), Don Chipotle: Origin, a pilot webisode. Jo has worked with numerous theatre and television companies, including the BBC, Sky Television, Cirque du Soleil, Chicago the Musical (West End, Korean/Japanese Tour), Chitty Chitty Bang Bang (West End), Stomp Out Loud (Las Vegas), Pentabus Theatre, Joe’s Pub at The Public Theater, Goodman Theatre, Route 66, Origin Theatre, Leviathan Lab and Culture Project. Jo was awarded the 3Arts Award for her work as a theatre maker in 2016.

We exist to be a Haven for The Future. We achieve this through championing the next generation of playwrights, directors and actors by producing and promoting plays and performances that are staking their claim as the immediate future of this art form, and by investing in those at the very beginning of their professional journeys. Through this inspiration, we seek to ignite in each audience member a hope for the Future - the Future of theatre and performance, the Future of each other, the Future of our community.
Posted by Bonnie Kenaz-Mara at 11:27 AM No comments: 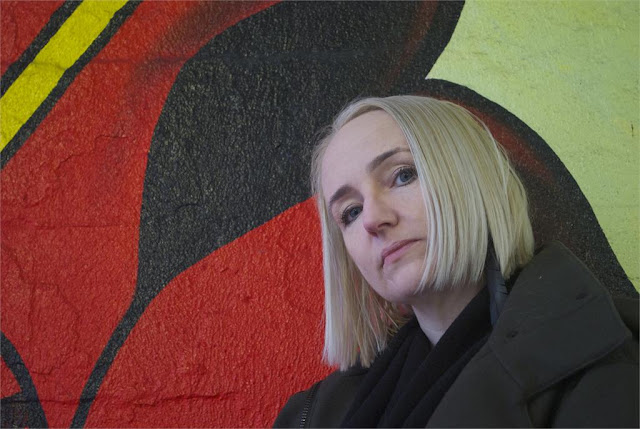