Lights To Dim Tonight at 8:45 On Broadway In Chicago Marquees to Honor Bernie Sahlins 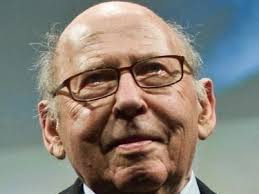 Bernie Sahlins’s Legacy in Theatre & Comedy and contribution to Chicago will be recognized by the dimming of the Broadway In Chicago theatre marquees.   He passed away two days ago at the age of 90 and will be greatly missed.

WHO:        Chicago native Bernie Sahlins (1922-2013), a true champion and icon for the Chicago theatre community, was a prolific Chicago producer.  Mr. Sahlins was Co-Founder of The Playwrights Theatre Club, The Second City, The University of Chicago's Off-Off Campus, the International Theatre Festival of Chicago and the Lithuanian International Theatre.

WHAT:      Broadway In Chicago will dim the marquee lights at its four theatres in downtown Chicago

WHY:       “In keeping with a long-standing Broadway tradition, Broadway In Chicago wanted to dim the marquee lights to provide Chicago with an appropriate moment to reflect on Bernie Sahlins’ lifetime in the theatre,” said Lou Raizin, President of Broadway In Chicago.  “Bernie Sahlins was a Chicago Treasure who contributed volumes to Chicago Theatre Artists for decades and he will be greatly missed.” 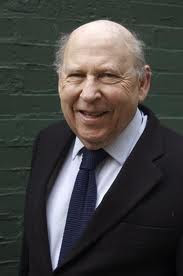 
Director, author and producer Bernard Sahlins is the founder of the world-renowned The Second City, where he also served as a longtime director and producer.  Sahlins also co-founded The International Theatre Festival of Chicago and The Lithuanian International Theater Festival, and has directed and/or produced various shows in Chicago, New York, Los Angeles, London and Toronto. He is also the co-creator and producer of "SCTV." Sahlins' directing credits include his own adaptation of "The Mysteries" for the Court Theatre, "The Wasteland" for the Chicago Humanities Festival & The Arts Club, "The Cure at Troy" for Steppenwolf Theater, "The Shoemakers Holiday," "The Knight of the Burning Pestle" and "The Burial at Thebes" for the Chicago Shakespeare and multiple readings for the Poetry Foundation, among myriad other productions. He has written and directed several works, including "See the Light" for the Museum of Science & Industry, "The History of Comedy, Part 2" for the University of Chicago and "A Woman for All Seasons,” “Jane Addams,” and “Dylan Thomas” for the Chicago Humanities Festival. He has been a consultant for the Lithuanian Ministry of Culture and the Lithuanian National Theatre, The Disney Company, The Market Theatre: Johannesburg, The Museum Campus, USIS: Rumania, Lithuania, The University of Chicago arts programs and The British Council. He is the author of "Days and Nights at The Second City: A Memoir." Sahlins is the recipient of The Sergel prize for playwriting, The University of Chicago Professional Achievement Award, The Chicago Drama League's Professional Achievement Award, Joseph Jefferson Awards for directing and professional achievement, The Illinois Arts Alliance "Legend" award, and the Improv Festival Achievement Award.  He served on the Advisory Board of the Chicago Department of Cultural Affairs, the Board of Directors for The Arts Club of Chicago, and the Board of Directors for the DePaul School of Drama.

Posted by Bonnie Kenaz-Mara at 12:34 PM No comments: