Check back with ChiIL Live Shows like we vote in Chi, IL... early and often. We'll be featuring a few acts that caught our eye... and ears. And some must see band we'll drop everything for. 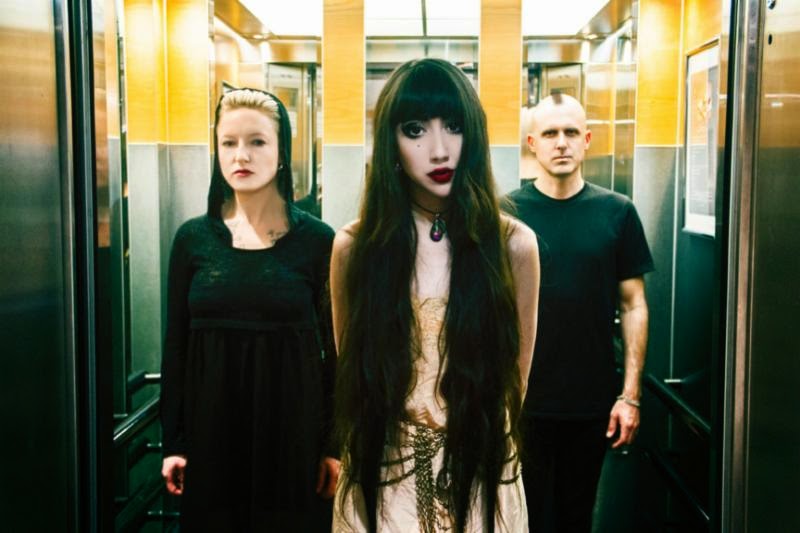 One of the most exciting new bands to come along in some time.  If you're a fan of artists like Kate Bush, Bjork, NIN, the Knife, Mirah or post-apocalyptic gypsy punk, this is a don't-miss band.  Early supporters include Skrillex, Marilyn Manson and Amy Lee of Evanscence.  If you like discovering something exciting, daring, off-the-wall and maybe a little ahead of the curve, then this is the band to check out.

ABOUT NOSTALGHIA:
Nostalghia is comprised of vocalist/songwriter Ciscandra Nostalghia, keyboardist/ producer/drummer Roy Gnan, who met each other on Craig's List, and touring cellist Adele Stein.  With Gnan's BA in jazz performance and cache of instruments, computers and other electronic gear, combined with Ciscandra's artistic bravery that is the product of the collision of two entirely different worlds - Los Angeles and Tehran, Iran, they make provocative, uncompromising and cinematic music.  The band has been embraced by a wide variety of audiences, having shared the stage with artists including Jared Leto's 30 Seconds to Mars, Gogol Bordello, Green Day, The Orb, Serj Tankian, and Avenged Sevenfold. With Chrysalis, the band's debut album that was mixed by multi-Platinum producer/mixer Dave Fortman and released April 8 (110 Recordings/INgrooves), Nostalghia proves they are not your average alt/rock band.

**"...theatrical, poignant, unflinching and desperately meaningful.  Her name is Ciscandra Nostalghia and she's out of this f**king world." -
SYFFAL

"...one of the most original new artists on the music scene today,  A journey between light and dark, 'Chrysalis' has enough pop-like elements to push it forward, though with a noir and avant-garde framework...an artist with a vision and a unique style." - RockSubculture

"Vocal splashes of Diamonda Galas, Kate Bush and Siouxsie Sioux, combined with the artistic freedom and sight of a Perry Farrell, Nostalghia are relevant, current and have their finger on the pulse of the future."  - PlaybackStL
Posted by Bonnie Kenaz-Mara at 7:26 PM No comments: