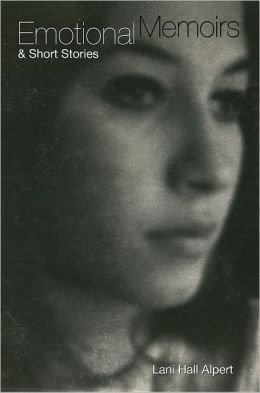 For the month of June 2013, complimentary e-book
versions can be downloaded at lanihall.com.

Chicago-born Lani Hall Alpert, the Grammy Award-winning vocalist, brings the passion of her voice to the printed page in her recently authored "Emotional Memoirs & Short Stories" - ten short works of fiction and non-fiction alike, all set against the living, breathing backdrop of Chicago.

The characters crackle with energy: intelligent, modern women struggling to navigate the uncertain waters of adultery, therapy, cosmetic surgery, postpartum depression, and even their own sexuality. Lani's prose is uncommonly fearless; laying herself bare with energy and honesty. Each short story is woven into the next via a winding personal narrative, as the author takes a refreshingly honest look back at her own life. Lani gives us a rare glimpse at the double-edged sword that is the life of an artist.

Hard copies of "Emotional Memoirs & Short Stories" can be purchased at amazon.com and barnsandnoble.com. For the month of June 2013, complimentary e-book versions can be downloaded at lanihall.com.

Lani and her husband Herb Alpert, the eight-time Grammy Award-winning jazz icon, were in concert this past Sunday at Park West performing songs from their next album, "Steppin Out" to be released later this year. They were also recently showcased on WBEZ's 'Morning Shift and " WCIU's "You & Me in the Morning."

Lani Hall started her professional career as the original lead singer with Sergio Mendes and Brasil '66. Known for her emotional vocal interpretations, she helped propel the group to international stardom with her distinctive vocals on the infectious Brasilian tune "Mas Que Nada." It was in 1966, while singing with the group in an audition for A&M Records, that she met her future husband, music legend Herb Alpert. They were married in 1973 and since then their lives and musical gifts have mingled. Lani has enjoyed a distinguished solo career, having recorded some 14 solo albums (variously in English, Portuguese and Spanish). In 1983, she sang the title song of the James Bond movie, "Never Say Never Again," starring Sean Connery, and won a Grammy for Best Latin Pop Performance for her album Es Facil Amar in 1986. She also has credits as a lyricist, producer, arranger, writer and editor. Written over the course of more than 30 years, "Emotional Memoirs & Short Stories" marks Lani's debut into the world of literature. Writing has always come just as naturally to her as music. Even as a young girl she was already a passionate poet. As she moved through her life experiences, she traveled with pen in hand, expressing her private feelings and thoughts as a vehicle of release.

Posted by Bonnie Kenaz-Mara at 12:09 PM No comments:

Bud, Not Buddy is a compelling period piece that gives families a feel for the desperation of the great depression and being orphaned at a young age, without being heavy handed.  The fabulously flawed characters are genuine and real, and it's magical to see them spring to life, off the page.  Bud, Not Buddy is full of wit and wisdom, and truly funny moments.   It was simultaneously chilling and heart warming to see how much Bud's dead mother still influenced him through her words, actions and love, even from beyond the grave.

We highly recommend seeing the production.   Bud, Not Buddy is a stunningly well done piece with a poignant and piercing script.   I see a LOT of theatre and it's rare that something actually brings me to tears, and this show did.  Everyone should have a "family" as creative and caring as the jazz band surrogates who take Bud in and teach him what it means to be truly home, even while on the road.   The set design, backdrop projections, costumes, and acting are truly impressive.

We're looking forward to playing the "same different game" with the book and the stage adaptation.   We'll be reading the book together and comparing and contrasting the different ways to tell the same story using different medium.   It's a family game we all enjoy, and so much fun, the kids hardly notice they're learning. 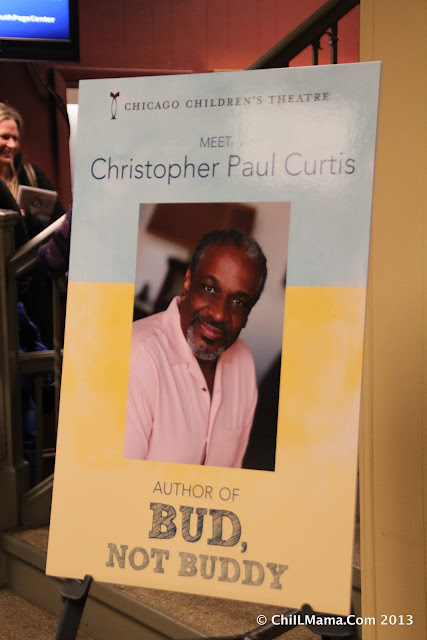 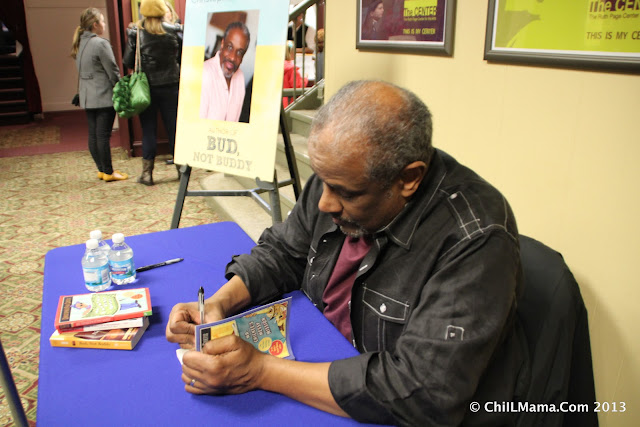 
We do a number of author interviews and frequently cover book signings.   I'm always impressed when authors are genuine and personable, even after hours of autographs!  Christopher Paul Curtis was was down to earth, friendly, and truly a joy to meet.  Even at the tail end of a sizable book signing line, he took time to chat with each child.


This week, Sagezilla came home from school all excited and she exclaimed "Our class just started reading about the wacky Watsons out loud with the whole class (The Watsons Go to Birmingham-1963).   And I got to share that I just met the author and got that book signed and saw Bud, Not Buddy!"   It's those moments that make me LOVE being a mom.  Her enthusiasm was contagious. 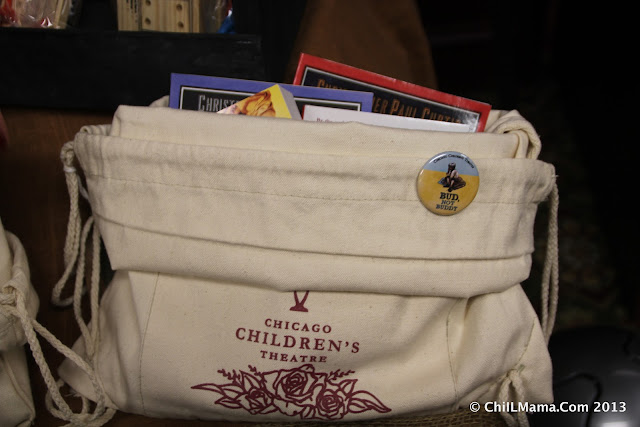 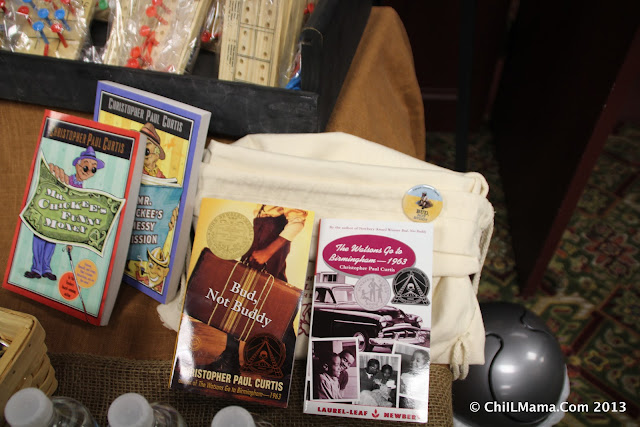 At Bud, Not Buddy, we splurged on the 4 book/bookbag combo from Chicago Children's Theatre, as we're always more than happy to support the arts, and we dig getting books signed by their authors. 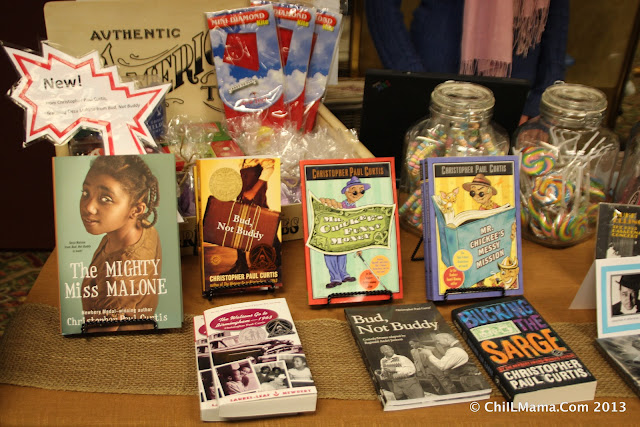 CCT is also selling retro candy and kids games as well as individual books at the shows.

Click here to check out our past Bud, Not Buddy coverage. 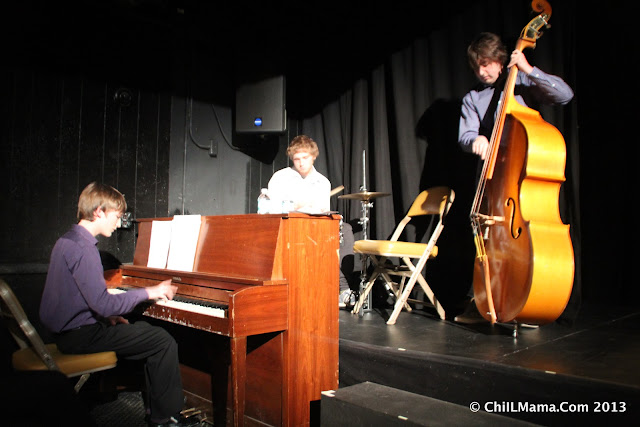 Curtis was visiting Chicago for the opening weekend of Chicago Children's Theatre's newest production, a live stage adaptation of his book Bud, Not Buddy. The production is directed by Derrick Sanders, director of CCT's 2011 smash hit Jackie and Me.

Born in Flint, Michigan, Christopher Paul Curtis was always a great reader, but as a youth he could not find books "that were about me." He spent his first 13 years after high school on the assembly line of Flint's historic Fisher Body Plant #1, hanging 80-pound car doors on Buicks. He wrote during his breaks to escape the noise of the factory, while attending college at night. Curtis made an outstanding debut in children's s literature with The Watsons Go to Birmingham-1963. His second novel, Bud, Not Buddy, is the first book ever to receive both the Newbery Medal and the Coretta Scott King Author Award.

Curtis' writing - and his dedication to it - has been greatly influenced by his family members. He modeled characters in Bud, Not Buddy after his two amazing grandfathers - Earl "Lefty" Lewis, a Negro Baseball League pitcher, and 1930s bandleader Herman E. Curtis, Sr., of Herman Curtis and the Dusky Devastators of the Depression.  For more information, visit his website nobodybutcurtis.com 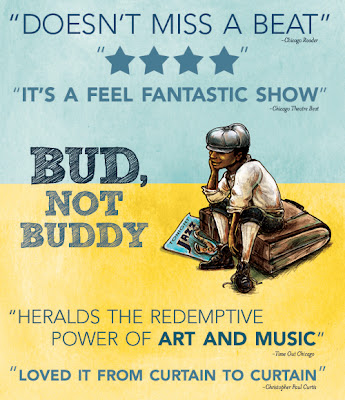 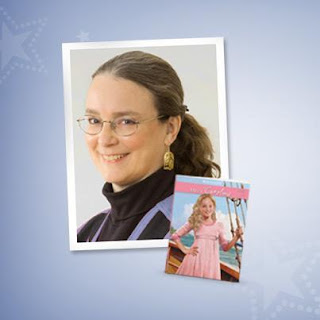 Meet the Author: Kathleen Ernst 1-3pm--free and open to the public.

Meet Kathleen Ernst, the award-winning author of Caroline Abbott’s six-book series! This informal session is your girl’s opportunity to meet Ms. Ernst in person and have her favorite books signed. Free and open to the public. For girls ages 8 and up.
Event details by store
Click here for full details.


ChiIL Live Shows will be there...will YOU?!   Highly recommended.   We've had the great pleasure of interviewing Keller Williams and shooting stills at his adult and kindie shows for years.  Check out our live show shots from Summer Camp Music Festival, Kidzapalooza, and Chicago's own Park West last year.


This multitalented musician goes beyond the jam band genre with a plethora of great releases for adults, a kindie (kids' indie) album, and a kids' book/CD combo!!   We've given away loads of his CDs, and even the book/CD to our lucky readers. 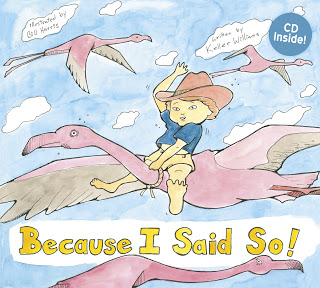 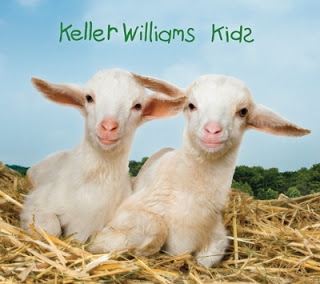 This time through he's just playing for the big kids (AKA adults and kids 18+). 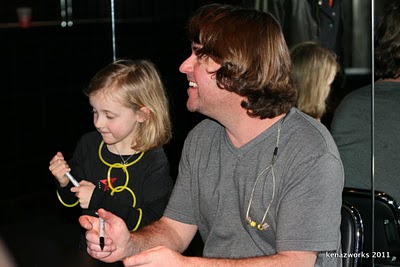 It was great to meet Keller, his wife, Emily, and the kids, Ella and Cabell last year at Park West in Chicago.   Click HERE for our show stills and sneek peek.

Since ChiIL Live Shows & ChiIL Mama have a national following in the jam band and kindie communities check out Keller's upcoming tour dates beyond Chi-Town on his web site and keep up to date on Twitter, FB and social media sites.


Check out some of our past Keller coverage on ChiIL Mama here and ChiIL Live Shows here. 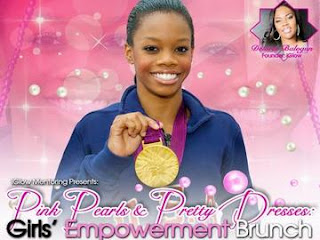 
It's going to be a week of meeting heros and girls who rock.   My gymnast daughter is elated to meet two members of the US Olympic girls team.   Sunday we'll have brunch with Gabby Douglas and Monday we'll meet Aly Raisman at American Girl Place, Chicago.   Who are your heros?

Olympic Champion Gabrielle Douglas will visit Chicago with her mother, Natalie Hawkins, to highlight a special event exclusive to mothers and daughters.

What: Douglas will speak to hundreds of mothers, daughters and supporters at the “Pink Pearls & Pretty Dresses: Girls’ Empowerment Brunch.” The event is a fundraiser for Inspire Girls to Lead Our World (iGlow)—a Chicago mentorship program for young girls.

Why: The event will be a day of inspiration and empowerment for young girls and their mothers. It will also help raise funds for iGlow so that it can continue delivering resources and guidance for young women in the Chicago-land area.  In short, iGlow provides platforms for young girls to get answers to their questions about life and their struggles.


Come to American Girl Chicago on Monday, October 15, for a chance to meet gymnastics two-time gold-medalist Aly Raisman! The first 300 girls in line at the Michigan Avenue entrance will receive a ticket to meet Aly, who will sign autographs and appear in photos from 5 – 7 p.m. Remember to bring your camera! Learn more about our Chicago store: http://bit.ly/Vi4LEn


Logan Center For The Arts Opening

The new Reva and David Logan Center for the Arts will officially open to the public with a free three-day Logan Launch Festival on October 12-14, 2012. The Logan Launch Festival will include ongoing activities throughout the building–and outside on the courtyard stage–featuring over 50 events organized for the occasion. The weekend highlights art of all sorts, with an architecture lecture by the Logan Center architects, plays written by alumni, film screenings and sound installations, the launch of family programming, Greek tragedy adaptations, and student talent. View the full schedule of events at loganlaunch.uchicago.edu.

Harvest Fest at North Park Nature Center
Posted by Bonnie Kenaz-Mara at 11:15 AM No comments: