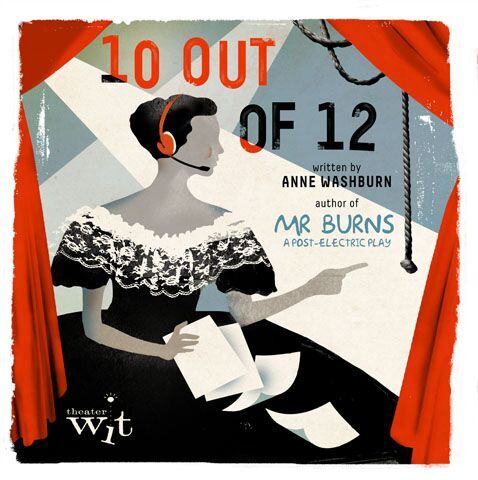 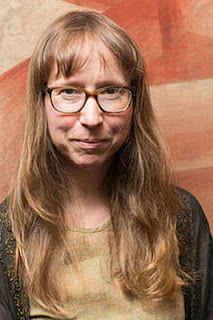 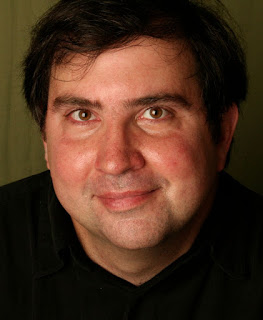 Theater Wit's Midwest premiere of 10 Out of 12 by (top, from left) Anne Washburn, directed by Jeremy Wechsler, 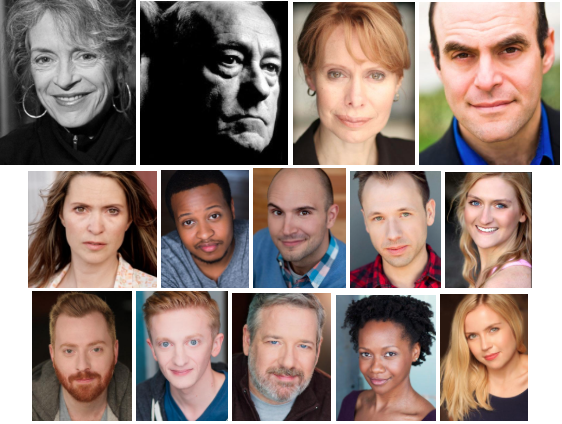 Hailed by the New York Times as a "wholly original love song to the maddening art of the theater," 10 Out of 12 is an extraordinarily funny and touching workplace comedy. With its story of the challenges of bringing a new play to life, Washburn's near-perfect recreation of a technical rehearsal is also a moving tribute to the complexity and beauty of human endeavor.

"No one in Chicago has ever seen anything like 10 out of 12. Simultaneously exactingly real-to-life and riotously funny, Anne Washburn's detonation of a single technical rehearsal is promising to be a unique and thrilling viewing experience," said Jeremy Wechsler, Artistic Director of Theater Wit and director of 10 Out of 12.

"This is the most technically extravagant piece of design we've ever done at Theater Wit," he added. "For instance, armed with 98 individual headsets, our audience will get to experience the play in three distinct auditory spaces simultaneously. As a special bonus, Anne is working with us to customize the play to our city's own rich theatrical history (and contemporary reality), which is going to provide an immediacy and context that will make 10 out of 12 a must-see show for every Chicago theatergoer who loves Chicago Theater."

Theater Wit is located at 1229 N. Belmont Ave., in the heart of the new Belmont Theatre District in Chicago's Lakeview neighborhood. Tickets are $12-$70. To purchase tickets, a Theater Wit Membership or Flex Pass, visit TheaterWit.org or call 773.975.8150.

10 Out of 12 will feature the recorded voices of a clutch of Chicago on stage icons cast in key backstage roles:

Peter Sagal, host of NPR's Wait Wait...Don't Tell Me!, is the sound designer.

At every performance, each audience member will be given their own headset to hear their pre-recorded backstage chatter, mixed in real time with live actors on stage for a very meta look at seemingly the most mundane of processes and the hopes and visions that emerge from the 10 hours commonly known as "tech."

On stage, one of the city's edgiest storefront theater pioneers, Dado, takes on the role of the stage manager. Dado is joined by Gregory Fenner as Jake, an actor; Kyle Gibson as another actor, Ben; Shane Kenyon as the director; Erin Long as the assistant stage manager; Riley McIlveen as electrician #2, Adam Shalzi as assistant director; Stephen Walker as the troublesome lead actor, Paul; Eunice Woods as supporting actor, Siget; and Christine Yrem-Ydstie as the female lead, Eva.

Anne Washburn (playwright) play, Mr. Burns...a post electric play, was produced by Theater Wit, Playwrights Horizons, Woolly Mammoth (DC) and The Almeida (London). Her other plays include Antilia Pneumatica, The Internationalist, A Devil at Noon, Apparition, The Communist Dracula Pageant, I Have Loved Strangers, The Ladies, The Small and a transadaptation of Euripides' Orestes. Awards include the 2015 Whiting Award, 2015 PEN/Laura Pels International Foundation Theater Award, the Guggenheim, a NYFA Fellowship, a Time Warner Fellowship, Susan Smith Blackburn finalist, and residencies at MacDowell and Yaddo. She is an associate artist with The Civilians, Clubbed Thumb, New Georges, Chochiqq, and is an alumna of New Dramatists and 13P.

Jeremy Wechsler (director) most recently staged Theater Wit's workshop of Mitchell Fain's This Way Outta Santaland and the extended Midwest premiere of Mat Smart's Naperville. Other directing credits at Wit include the company's election night reading of The Trump Card by Mike Daisey, The New Sincerity by Alena Smith, The (curious case of the) Watson Intelligence by Madeleine George, Bad Jews by Joshua Harmon, Mr. Burns, a post-electric play by Anne Washburn, Madeline George's Seven Homeless Mammoths Wander New England, and that show's summer remount at Art Square Theatre in Las Vegas. Wechsler also staged Wit's acclaimed Completeness and The Four of Us (Itamar Moses), Tigers Be Still (Kim Rosenstock), This (Melissa James Gibson), Spin (Penny Penniston), Feydeau-Si-Deau (Georges Feydeau), Men of Steel (Qui Nguyen), Thom Pain (Based on Nothing) (Will Eno), Two for the Show (James Fitzpatrick and Will Clinger) and The Santaland Diaries. A veteran director in Chicago with over fifty productions, his work has been nominated for and won multiple awards for design, performance, adaptation and best new plays.

About Theater Wit
Theater Wit, Chicago's "smart art" theater, is a major hub of the Chicago neighborhood theater scene, where audiences enjoy a smorgasbord of excellent productions in three, 99-seat spaces, see a parade of talented artists and mingle with audiences from all over Chicago.
"A thrilling addition to Chicago's roster of theaters" (Chicago Tribune) and "a terrific place to see a show" (New City), Theater Wit is now in its sixth season at its home at 1229 N. Belmont, in the heart of the new Belmont Theatre District in Chicago's Lakeview neighborhood.

The company's most recent hits there include Naperville by Mat Smart, The New Sincerity by Alena Smith, Bad Jews by Joshua Harmon, Mr. Burns, a post-electric play by Anne Washburn, The (curious case of the) Watson Intelligence and Seven Homeless Mammoths Wander New England by Madeleine George, and Completeness and The Four of Us by Itamar Moses.

In 2014, Theater Wit was awarded the National Theatre Award by the American Theatre Wing for strengthening the quality, diversity and dynamism of American theater. Theater Wit also brings together Chicago's best storefront companies at its Lakeview home, including 2016-17 resident companies About Face and Shattered Globe.

In addition to its popular Membership program, Theater Wit also offers a 10-play Flex Pass for $215 to anything presented in the building, a savings of up to 40%. To purchase a Theater Wit Membership, inquire about a Flex Pass or to buy single tickets, visit TheaterWit.org or call 773.975.8150.

Posted by Bonnie Kenaz-Mara at 7:38 AM No comments:

THE TRUMP CARD, THIS WAY OUTTA SANTALAND
AND ANNE WASHBURN'S
10 OUT of 12
JOIN MAT SMART'S NAPERVILLE
FOR THEATER WIT'S 2016-17 SEASON 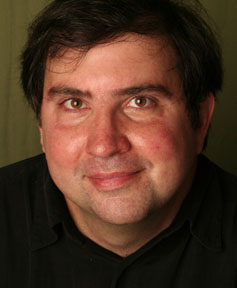 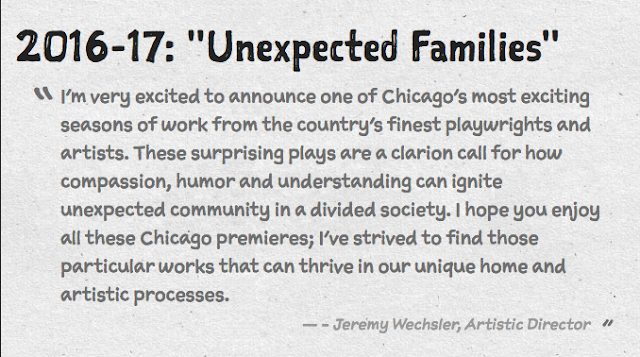 New Additions To The Lineup:

First is an election-season production of Mike Daisey's The Trump Card. Already a sensation at New York's Public Theatre and now on tour, Daisey has "open sourced" the rights to his 70-minute take-down of the current Republican presidential nominee. 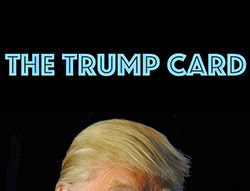 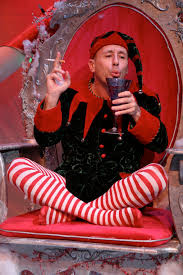 Here at ChiIL Mama & ChiIL Live Shows we were bummed to hear the rights to The Santaland Diaries had been pulled nationally for this holiday season. Mitchell Fain's hilarious portrayal of Crumpet the elf has become a tradition for us and a much needed antidote to all the saccharin sweet songs and annoying commercialism that consumes our public spaces from November to January. We're beyond excited that Mitchell Fain and Theater Wit have found a way to do an end run around this obstacle and present the world premiere of a brand new holiday tradition, This Way Outta Santaland, Mitchell Fain's all-new autobiographical holiday show. Don't miss this stunningly funny tell-all about his eight years starring as Crumpet the elf in Wit's long-running hit The Santaland Diaries. 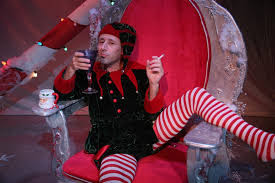 Audiences will adore Fain's fresh revelations about how family, drunks, 250 performances and the holiday spirits collide. Boozy Christmas carols, celebrity holiday gossip and the private lives of elves are all up for grabs in this warm-hearted take on a holiday show about a holiday show. Performances are November 23-December 23, 2016. 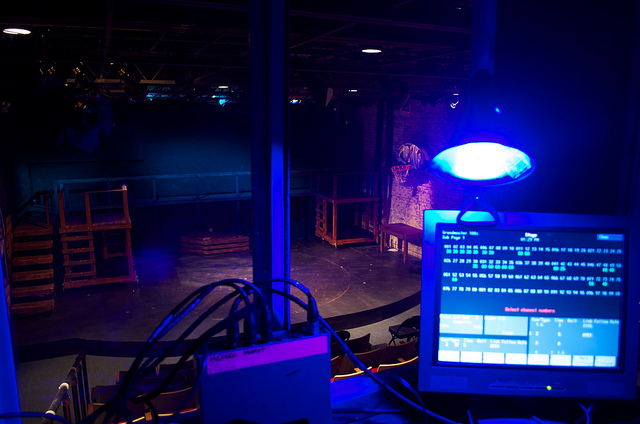 The Midwest debut of 10 Out of 12 by Anne Washburn, author of Wit's 2014 smash hit Mr. Burns, a post-electric play, is Wit's spring finale. 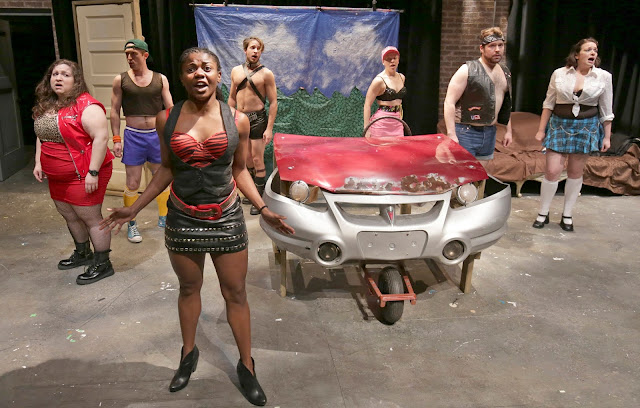 Here at ChiIL Mama & ChiIL Live Shows, we adored Mr. Burns, a post-electric play (pictured above & below)! We can't wait to see what Anne Washburn has in store for us this season. 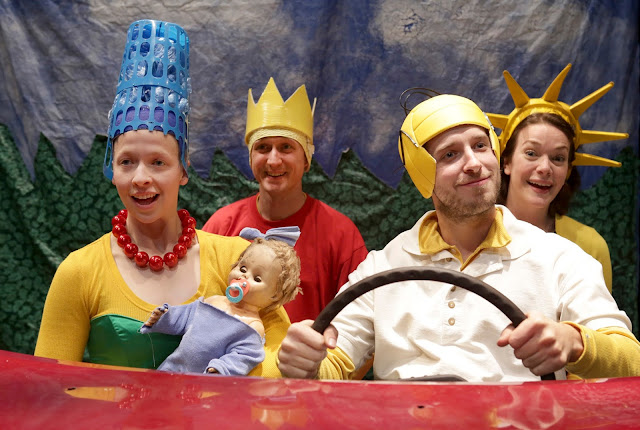 Washburn's newest, most adventurous work, 10 Out of 12 is a near-perfect recreation of a technical rehearsal, celebrating the hopes and visions that emerge from the most mundane of processes. 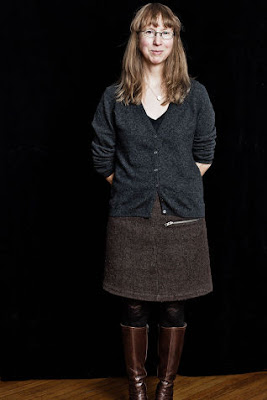 In Wit's production, audiences will don their own headsets to hear the backstage chatter and experience the challenges of bringing a new play to life. What's more, Washburn will join director Jeremy Wechsler to create a 10 Out of 12 fully customized for Chicago's theater scene. Chicago theater lovers won't want to miss Wit's who's-who Chicago version of what the New York Times declared a  "wholly original love song to the maddening art of the theater." Performances are March 3-April 23, 2017. 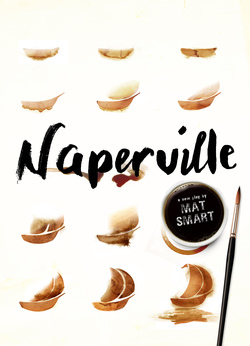 Already announced is Theater Wit's 2016-17 season opener, the Midwest premiere of Mat Smart's Naperville. This extraordinary dramatic comedy is set in a Caribou Coffee in - you guessed it - Naperville.  Smart, a native of Naperville, now a New York writer, returns to Chicago riding a wave of local acclaim after his play The Royal Society of Antarctica at Gift Theatre won the 2015 Equity Jeff Award for Best New Work. New York Theatre Review hailed the 2014 off-off-Broadway premiere of Naperville "a heartfelt and beautiful meditation on the comedy and tragedy of quiet places we are too quick to forget" and a "valentine to the heart and soul of the American suburbs." Previews start August 26. Press opening is Tuesday,
September 6 at 7:30 p.m. Performances run through October 16. 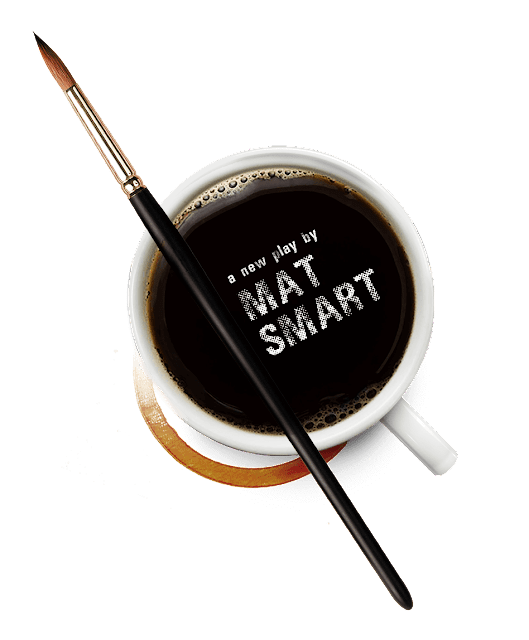 "I'm very excited to announce one of Chicago's most exciting seasons of work from the country's finest playwrights and artists, " said Theater Wit Artistic Director Jeremy Wechsler. " These surprising plays are a clarion call for how compassion, humor and understanding can ignite unexpected community in a divided society. Ranging from the broadest political stage to the smallest coffee house, these plays scale from the smallest nuclear family to the larger collectives that create meaning and connection from nothing but plywood and determination. I've strived to find those particular works that can thrive in our unique home and artistic processes. It's going to be a memorable year."

The best way to secure seats is to sign up for a Theater Wit Membership. Wit's Netflix-like "all the theater you can eat" deal lets members see as many plays at they want at any of Theater Wit's three spaces for one low monthly fee of $36/$22 for students, along with many exclusive member perks.

Theater Wit is located at 1229 N. Belmont, in the heart of the new Belmont Theatre District in Chicago's Lakeview neighborhood. To receive an "artisanal selection of consonants and vowels from Theater Wit," sign up at TheaterWit.org/mailing for exclusive updates, flash deals and behind-the-scenes production scoop every few weeks.

Founded in 2004, Theater Wit's mission is to explore contemporary issues with wit and wisdom through new works and Chicago premieres. As a production company, Theater Wit is Chicago's premiere smart art theater, producing humorous, challenging and intelligent plays that speak with a vibrant and contemporary theatrical voice.

Recent critical and box office hits include The New Sincerity by Alena Smith, Bad Jews by Joshua Harmon, Mr. Burns, a post-electric play by Anne Washburn, The (curious case of the) Watson Intelligence and Seven Homeless Mammoths Wander New England by Madeleine George, Completeness and The Four of Us by Itamar Moses.

As an institution, Theater Wit seeks to be the hub of the Chicago neighborhood theater scene, where audiences enjoy a smorgasbord of excellent productions in three, 99-seat spaces, see a parade of talented artists and mingle with audiences from all over Chicago.