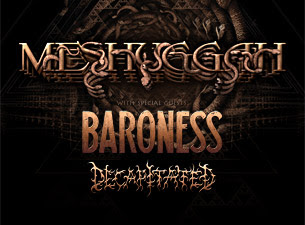 ChiIL Live Shows will be back at the House of Blues for an early show tonight to see Meshuggah, Baroness and Decapitated.   We've got a video interview slated with Decapitated.

Tomorrow night, join us for a rockin' double feature at Reggie's Rock Club: 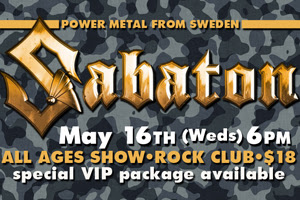 We'll be interviewing Swedish power metal band, Sabaton, then shooting their show at Reggie's Rock Club.   We're also going to try to catch up with Peelander Z on the flip side, playing in the Music Joint! 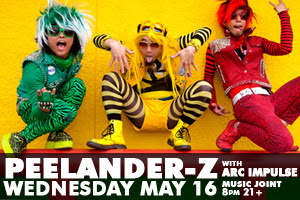 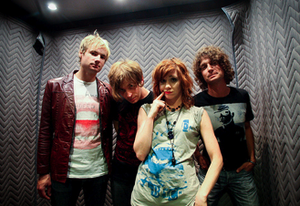 The Melismatics formed at the turn of the century in the fertile ground of the Minneapolis indie-rock scene. Their debut album “Postmodern Rock” quickly caught the attention of college radio stations around the country and garnered favorable reviews from critics around the world. Shortly thereafter, Minneapolis indie-rock king pin Ed Ackerson (Motion City Sountrack, The Replacements, The Jayhawks) signed the band to Susstones Records and produced their next two albums “New Infection” and “Turn It On”.

The Melismatics toured the country numerous times over and continued to win loyal fans with their high-energy and unpredictable live shows. Their music has been featured on MTV’s “The Hills,” “The City”and “Laguna Beach,” NBC’s “Windfall”; Animal Planet’s “Jockeys” and they’ve played such notable events as Lollapalooza, Summerfest, and CMJ.

The Melismatics’ upcoming album “MANIA!” was produced by Jon Auer of The Posies and Big Star, along with Ed Ackerson (Motion City Soundtrack, Golden Smog, The Replacements) and was mixed by John Fields. The LP was mastered at Sterling Sound in NYC by Chris Athens (Coldplay, Beastie Boys, NERD, etc) and features collaborations with Dan Wilson (Adele, Semisonic) and Jon Auer who also lends vocals to several tracks.

The Melismatics have found a sound all their own that is familiar yet unique, euphoric and adventurous. The Melismatics’ sound is constantly evolving and developing– as The Onion put it, “no one ever accused The Melismatics of being predictable.” 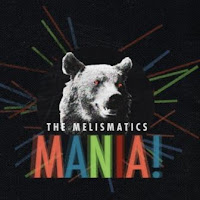 
YAMANTAKA // SONIC  TITAN are not your average band. They are from Montreal, and describe themselves best as a "psychedelic noh-wave opera group fusing noise, metal, pop and folk music".  The live show combines performance art sensibilities with straight up rock and roll.

"YT//ST creates full-scale events, complete with eerie face-paint, monochromatic paper sets and Boredoms-style drum blasts that blend black metal and kabuki into a jaw-dropping new form. The group’s debut album is equally epic, yet it’s all just a glimpse into their master plan to freak out the squares with a stage production so large no theatre in the world could contain it." - Noisey

"the record feels wholly substantial and satisfying in its own right, and even those with no prior knowledge of YT//ST's history and elaborate intentions can just enjoy it for what it is: volcanic prog-rock colored with equal parts post-punk urgency, stoner-metal heft, and psychedelic pop whimsy." - Pitchfork

1. Racoon Song
2. Queens
3. Oak Of Guernica
4. Reverse Crystal // Murder of a Spider
5. Hoshi Neko
6. A Star Over Pureland
7. Crystal Fortress Over The Sea Of Trees