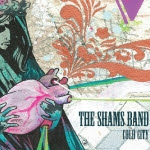 The Shams Band have put together a stellar line-up for their July residency @ Schubas Tavern. The residency celebrates the release of their sophomore album, Cold City:


Click Here To Reserve Your Copy of Cold City And A Ticket To The Show.
Click Here For A Four Show Residency Ticket Package

The Shams Band will be celebrating their second full length record, Cold City by hosting their own July residency at Schubas Tavern.
Music is supposed to be fun, exciting, thought provoking and daring. On every live performance, The Shams Band makes sure that their audience leaves each concert with a personal feeling of satisfaction. Drawing heavily from their Kinks, Rolling Stones, and Wilco influences, singer/songwriters Biggins/Gulyas create distinct, personal songs. Once completed with unique four-part harmonies, the songs come to life, tell stories, and send audiences singing all the way home.
The Shams Band features music trapezing the line between blues, country, and pop music. They have opened for national acts Drive-By Truckers, Dawes, Edward Sharpe & The Magnetic Zeroes and Grace Potter & The Nocturnals.
The Shams Band is the epitome of a "do-it-yourself" group. They get every audience excited and dancing from their catchy hooks and rock 'n roll atmosphere. It's whiskey-driven. It's a party. It's rock 'n roll with a banjo.
Posted by Bonnie Kenaz-Mara at 4:32 PM No comments: