OPENING: Chicago Premiere HOW TO USE A KNIFE Via Shattered Globe Theatre At Theater WIT April 26 – June 9, 2018

Chicago Premiere!
Shattered Globe Theatre Presents
HOW TO USE A KNIFE
By Will Snider
Directed by Producing Artistic Director Sandy Shinner
April 26 – June 9, 2018 at Theater Wit 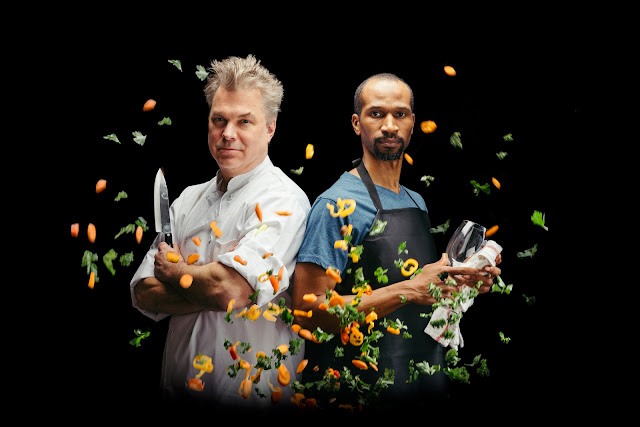 Shattered Globe Theatre is pleased to conclude its 2017-18 Season with the Chicago premiere of Will Snider’s fast-paced gritty drama HOW TO USE A KNIFE, directed by SGT Producing Artistic Director Sandy Shinner*, playing April 26 – June 9, 2018 at SGT’s resident home Theater Wit, 1229 W. Belmont Ave. in Chicago. Single tickets are currently available at www.shatteredglobe.org, by calling (773) 975-8150 or in person at the Theater Wit Box Office.

In the chaotic kitchen of a Wall Street restaurant, Chef George is trying to stay sober and keep the cross-cultural kitchen staff churning out orders on time. While dealing with two trash-talking line cooks, a naïve busboy and a jerk of a boss, George strikes up a surprising friendship with an unassuming dishwasher. The heat is turned up when secrets from their pasts are exposed.  Raw, fast-paced and funny, HOW TO USE A KNIFE serves up plenty of food for thought.

“Shattered Globe is thrilled to produce Will Snider’s How To Use a Knife which I enjoyed several years ago in an early reading at the National New Play Network and have been pursuing ever since,” comments Producing Artistic Director Sandy Shinner. “The overwhelmingly positive response from audiences and artists across the country during the play’s rolling world premiere is a tribute to Will’s compelling story and the energy and musicality of his dialogue. This is a playwright to watch. SGT is proud to introduce Will’s work to Chicago audiences.”

About the Artists:
Will Snider (Playwright) was born and raised in the suburbs of Washington, D.C. His play How to Use a Knife received a Rolling World Premiere through National New Play Network, won the Barrymore Award for Outstanding New Play, and was a finalist for a PEN Center USA Literary Award. Other plays include The Big Man (Ensemble Studio Theatre’s 35th Marathon of One-Act Plays), Strange Men and Death of a Driver. His work has been developed at MCC, NNPN National Showcase of New Plays, The Kennedy Center, SPACE on Ryder Farm, #serials@theflea, the claque and MAKEHOUSE. He is an alumnus of Youngblood and received an EST/Soan Grant and The Kennedy Center’s Paula Vogel Playwriting Award. MFA: UCSD.

Sandy Shinner (Director) joined Shattered Globe Theatre in October 2013 as the theater’s first Producing Artistic Director. She directed Scott McPherson’s Marvin’s Room in 2015 and Sally Nemeth’s Mill Fire at SGT in 2014 for SGT. The former Associate Artistic Director of Victory Gardens Theater, she created the nationally known IGNITION! Festival, served as co-director of the Access Project, and accepted the 2001 Regional Theater Tony Award on behalf of VG with former Artistic Director Dennis Zacek and former Managing Director Marcelle McVay. Her other recent directing credits include: the world premiere of Rasheeda Speaking by Joel Drake Johnson (Rivendell Theater Ensemble) and Creditors by August Strindberg (Remy Bumppo Theater Company). She has directed over 80 plays at theaters including Victory Gardens, Remy Bumppo, American Blues, the University of Virginia, Actors Theater of Louisville’s Humana Festival, Steppenwolf’s First Look Repertory of New Work, New York’s 78th Street Theater Lab and the Sacramento Theater Company, among others. Her production of Trying by Joanna McClelland Glass transferred to New York and her direction was nominated for the Joe A. Callaway Award. Shinner received the 2013 Kathryn V. Lamkey Spirit Award from the Equal Employment Opportunity Committee of Actors’ Equity Association for her commitment to diversity and non-traditional casting. She has been recognized as one of “50 Top Players” by Newcity and a “Chicagoan of the Year” by the Chicago Tribune. She is an adjunct professor at DePaul’s Theatre School, an At Large Ambassador for the National New Play Network and an Artistic Affiliate at American Blues Theater. 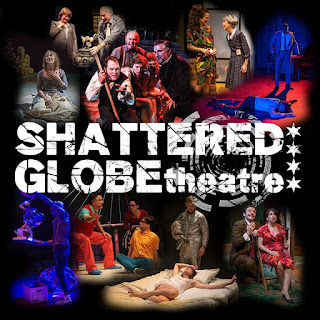 Posted by Bonnie Kenaz-Mara at 3:03 PM No comments: