OPENING: The Columnist at Stage 773 Via American Blues Theater

We'll be ChiILin' out with American Blues Theater at the press opening February 23rd, so check back shortly after for our full review. We're elated that American Blues Theater has moved to a new home space at Stage 773 and can't wait to check out The Columnist by David Auburn, the Pulitzer and Tony award-winning author of Proof.

American Blues Theater continues its 2016-2017 Season with the Chicago Premiere of The Columnist by David Auburn and directed by Keira Fromm. The Columnist runs February 17 – April 1, 2017 at Stage 773, 1225 W. Belmont Ave. in Chicago.

From the Pulitzer and Tony award-winning author of Proof comes a drama about power, the press, sex and betrayal. At the height of the Cold War, Joe Alsop is the nation’s most influential journalist, beloved, feared and courted by the Washington world. But as the 60s dawn and America undergoes dizzying change, the intense political dramas Joe is embroiled in become deeply personal as well. 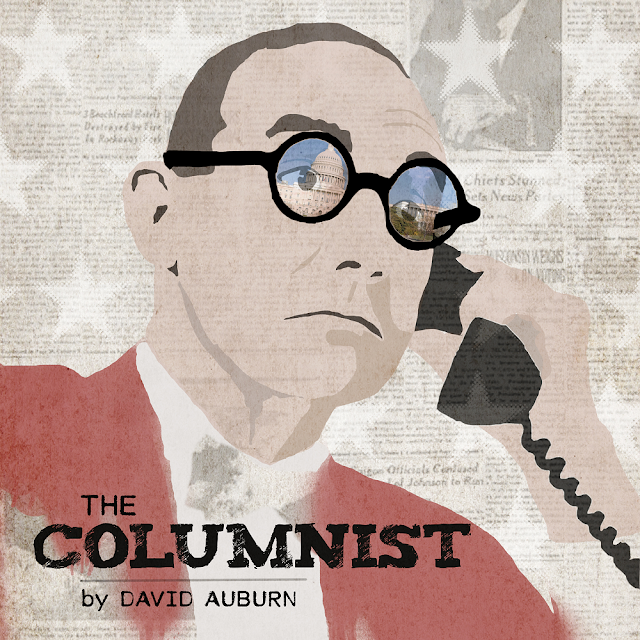 The diverse and multi-generational artists have established the second-oldest professional Equity Ensemble theater in Chicago.  The 37-member Ensemble has 530+ combined years of collaboration on stage. As of 2016, the theater and artists received 186 Joseph Jefferson Awards and nominations that celebrate excellence in Chicago theater and over 31 Black Theatre Alliance Awards. The artists are honored with Pulitzer Prize nominations, Academy Awards, Golden Globe Awards, Emmy Awards and numerous other accolades.