Drury Lane Cabaret Room Hosts For the Love of Broadway: An Evening with Klea Blackhurst February 14-15, 2020

The Cabaret Room at Drury Lane welcomes
New York theatre and cabaret star in
For the Love of Broadway:
An Evening with Klea Blackhurst
February 14-15, 2020 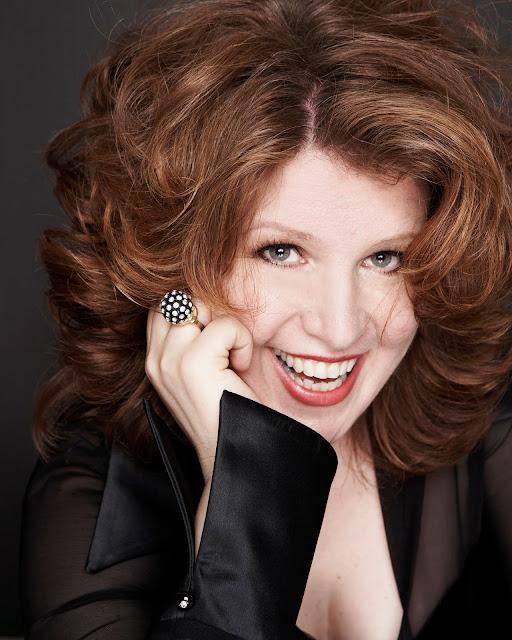 Celebrate Valentine’s Day weekend with New York musical theatre and cabaret star Klea Blackhurst as she returns to Drury Lane for her Cabaret Room debut in  For the Love of Broadway: An Evening with Klea Blackhurst. For the Love of Broadway runs for two performances: Friday, February 14 and Saturday, February 15 at 7:30pm in Drury Lane’s elegant and intimate Cabaret Room located at 100 Drury Lane in Oakbrook Terrace.

Celebrate the season of love with Broadway tunes and stories in the romantic Cabaret Room at Drury Lane! Listen and laugh along to the lyrics of Cole Porter, Ira Gershwin, Oscar Hammerstein, Dorothy Fields, and a few contemporary surprises, too. After starring in several Drury Lane productions (the title role in Hazel and Mama Rose in Gypsy), Klea makes her Cabaret Room debut in celebration of love and Broadway. Don’t miss this leading lady whose “pipes belt out…with enough force, mastery and sheer force of will to blow half the traffic on the Eisenhower Expressway back to the city.” –Chicago Tribune

The Cabaret Room at Drury Lane offers a special small plates menu including a shareable charcuterie and cheese platter, bacon wrapped dates, specialty cocktails, and desserts. Doors open one hour prior to performance time, leaving plenty of time for guests to take advantage of this delectable menu. Gold Circle tickets include front row table seating at $85, and General Admission table seating is $75. There is a $25 food and beverage minimum per person.

For more information or to make a reservation, call the Drury Lane Theatre box office at (630) 530-0111 or visit www.DruryLane.com.

Klea Blackhurst is an actress, singer, and comedienne known for her award-winning tribute to Ethel Merman, Everything The Traffic Will Allow. Most recently, she appeared Off-Broadway with Hayley Mills in the comedy Party Face at City Center Stage 2. She starred in Hazel during its world premiere production at Drury Lane in Chicago, as Dolly Levi in the highly acclaimed Fiftieth Anniversary production of Hello, Dolly! at The Goodspeed Opera House, and as Miss Lemon in The Nutty Professor, which premiered in Nashville, directed by legendary comedian Jerry Lewis and featuring a score by Marvin Hamlisch and Rupert Holmes. Klea also played Rose in Drury Lane Chicago’s production of Gypsy, garnishing rave reviews in 2012.

On television, she has appeared in Ryan Murphy’s Pose and The Knick on Showtime. She spent two seasons as former prosecutor Shelby Cross on the IFC Channel comedy series Onion News Network. She’s done the requisite Law and Order: SVU, spent a week on Sesame Street, and was a musical guest on The Rosie O’Donnell Show. Theatre credits include: in New York – A Tree Grows In Brooklyn, Bingo, By Jupiter, Radio Gals, Oil City Symphony; Regionally – Ragtime, Call Me Madam, Chicago, The Great American Trailer Park Musical, Red Hot and Blue, and Anything Goes. Klea’s albums are on the Ghostlight Records label. She’s featured on “Jule Styne in Hollywood” on PS Classics; the original cast recordings of Bingo and Radio Gals; “Lost in Boston IV,” “Unsung Irving Berlin,” and “The Best of Off Broadway.” Klea is a Distinguished Alumna of The University of Utah and created the 4-week master class Klea Blackhurst’s Old School, a practical application of the American Musical Theatre.

Also playing at Drury Lane
Now playing on the Drury Lane stage is the magical musical for all ages Disney and Cameron Mackintosh’s Mary Poppins  (November 15, 2019 – January 19, 2020) followed by the Regional Premiere of the beautifully captivating Gershwin musical An American  in Paris  (January 31 – March 29, 2020).

Drury Lane Theatre’s 2020/2021 Season runs April 2020-March 2021 and includes two Tony Award-winning musicals—the unforgettable Evita, based on the life of Argentinian First Lady Eva Perón, and the treasured Rodgers and Hammerstein musical The King and I. Drury Lane’s 66th season also includes the empowering tale of female friendship Steel Magnolias; Forever Plaid, an ode to the best of the 1950’s; and the family-friendly dance spectacular Irving Berlin’s Holiday Inn. Subscription packages including all five spectacular productions start at only $170 and are on sale now. Subscribers also receive priority seating, dedicated theatre entrances, and a discount at the onsite Lucille Restaurant. For more information, visit DruryLaneTheatre.com/Subscribe.

About Drury Lane Theatre
Built from scratch. Built in Oakbrook. Built for you.

Founded by Anthony DeSantis over 60 years ago, Drury Lane remains a family-run organization under the leadership of President Kyle DeSantis. Drury Lane Theatre continues as a major force in the Chicagoland theatre scene, producing world-class theatre in collaboration with some of the nation’s leading actors, directors, and creative minds. Drury Lane Theatre produces the highest quality theatrical experience that immerses and supports our artists and audiences in the exploration of what it means to be human and to experience the transcending power of the performing and visual arts. Drury Lane strives to create an environment in which every individual or group is welcomed, respected, supported, valued and able to fully experience and participate in this transformative art form.

The theatre has staged more than 2,000 productions and has been nominated for over 360 Joseph Jefferson Awards. Drury Lane proudly employs thousands of professional actors, musicians, designers, and crew members to entertain upwards of nine million audience members and counting.
Posted by Bonnie Kenaz-Mara at 5:09 PM No comments: