Last night after the MTV VMA's HELLO EVERYWHERE, the new Sam Jones-directed documentary about the journeys of Wildcat Wildcat and Passion Pit as SXSW, premiered on VEVO.   Check it out here.

Wildcat Wildcat's debut EP will be released September 10-- they will continue to tour throughout the fall, including dates with MSMR.

“A group on the up-and-up that may end up in your iTunes regular rotation before you know it.” —Huffington Post

The self-titled debut EP from acclaimed LA-based band Wildcat! Wildcat! is set for September 10 release on Downtown Records. The band garnered critical praise for their previously released sold-out limited addition 7” on the taste-making label Neon Gold Records, including early support from BBC Radio 1 in the U.K. TIME raves, “I love the staccato electronic rock, I love the frantic opening measures, I love the fleeting falsetto in the background,” while Metro furthers they’re “the best overall new band.” To celebrate the release, the band will embark on a nationwide tour starting in September including select dates with MSMR. See below for details. 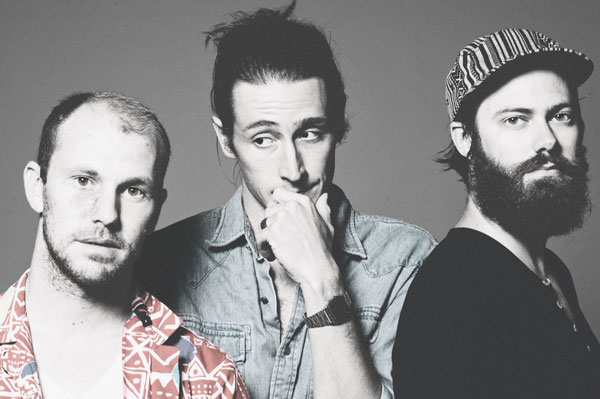 Taco Bell’s Feed the Beat music program have released a new documentary titled “Hello Everywhere.” Directed by Sam Jones, the film follows Wildcat! Wildcat! and Passion Pit throughout SXSW 2013, documenting their experiences at the festival—one as an emerging, developing band and the other as a more established band.

The new EP was written and produced by the band in their home studios over the course of the last year and a half.

Of the songs Jesse Carmichael (vocals, drums) notes, “Some came quicker than others but all of them provided us the time to try out different processes of collaboration and understand how and why we make the kind of music that we make together.” See below for full track listing.

Wildcat! Wildcat! is Jesse Taylor (vocals, bass), Michael Wilson (vocals, keys) and Carmichael. The trio played together in various incarnations before officially forming Wildcat! Wildcat! in 2012. The band has toured extensively including SXSW, a sold out west coast headlining run and major U.S. support slots with Alt-J and Portugal. The Man.

Posted by Bonnie Kenaz-Mara at 10:13 PM No comments: