BROADWAY IN CHICAGO IS PROUD TO ANNOUNCE THE 2014 FALL SEASON 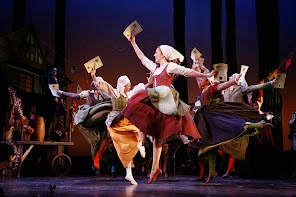 The complete fall season line-up, including performances dates and venues, is as follows:

BUYER & CELLAR starring Michael Urie
May 6 – June 15, 2014
Broadway Playhouse at Water Tower Place (175 E Chestnut)
MICHAEL URIE, star of TV’s “Ugly Betty” and Broadway’s How to Succeed in Business Without Really Trying, brings his Drama Desk and Clarence Derwent Award winning performance as Alex More to Chicago in the critically acclaimed smash hit comedy Buyer & Cellar. Alex is a struggling actor in L.A. who takes a job working in the mall in Barbra Streisand's Malibu basement. One day, the Lady Herself comes downstairs to play. It feels like real bonding in the basement, but will their relationship ever make it upstairs? Written by Jonathan Tolins and directed by Stephen Brackett, BUYER & CELLAR is an outrageous comedy about the price of fame, the cost of things, and the oddest of odd jobs. BUYER & CELLAR swept the Best of 2013 Theater lists including The New York Times, Associated Press, The Hollywood Reporter, New York Post, NPR, The Huffington Post, The Advocate, The Daily Beast, Entertainment Weekly, NBC New York, and Time Out New York.  The New York Times’ Charles Isherwood raves Urie gives "a tour-de-force performance," with Ben Brantley adding “I tell you to GO.”

Emerald City Theatre’s CHARLOTTE’S WEB
July 9 – August 17, 2014
Broadway Playhouse at Water Tower Place (175 E Chestnut)
The favorite on every child's bookshelf, CHARLOTTE’S WEB, comes to the stage! When Wilbur is saved and sent to live on farm, he finds a new unexpected family. Follow our piggy hero as he grows from being the runt of the litter to “Some Pig” with the help of a remarkable spider, Charlotte. Join Wilbur, Charlotte, Templeton the Rat, and all the farmyard friends at the State Fair this summer!

AMAZING GRACE
World Premiere
October 9 – November 2, 2014
Bank of America Theatre (18 W Monroe)
AMAZING GRACE is a world premiere musical based on the awe-inspiring true story behind the world’s most beloved song.  A captivating tale of romance, rebellion and redemption, this radiant production follows one man whose incredible journey ignited a historic wave of change. John Newton (Tony Nominee Josh Young), a willful and musically talented young Englishman, faces a future as uncertain as the turning tide. Coming of age as Britain sits atop an international empire of slavery, he finds himself torn between following in the footsteps of his father – a slave trader – and embracing the more compassionate views of his childhood sweetheart. But when a perilous voyage on the high seas finds John in his darkest hour, a transformative moment of self-reckoning inspires a blazing anthem of hope that will finally guide him home.  Brimming with emotion and adventure, AMAZING GRACE is an unforgettable musical saga that captures the spirit of history’s sweetest and most powerful sound: freedom.

DEE SNIDER’S ROCK AND ROLL CHRISTMAS TALE starring Dee Snider
World Premiere
November 4, 2014 – January 4, 2015
Broadway Playhouse at Water Tower Place (175 East Chestnut)
DEE SNIDER’S ROCK AND ROLL CHRISTMAS TALE tells the story of Däisy Cütter, a heavy metal bar band looking to make it big even though the 80s are LONG over.  This year, these four guys are ready to take the ultimate step and, in mythic rock tradition, sell their souls to the devil in exchange for success beyond their wildest metal dreams!  But every time they try to seal the infernal pact, their head-banging anthems turn into warm-hearted carols.  Soon these rockers are forced to realize their dreams of stardom are no match for the Christmas spirit. Dee Snider, infamous lead singer of Twisted Sister, has created and stars in a VERY funny, VERY rocking and (sshhh!) VERY sweet new holiday musical, guaranteed to rock your whole family’s holiday.

ANNIE
November 18 – 30, 2014
Cadillac Palace Theatre (151 W Randolph)
Leapin’ Lizards! The world’s best-loved musical returns in time-honored form. Directed by original lyricist and director Martin Charnin, this production of ANNIE will be a brand new incarnation of the iconic original. Featuring book and score by Tony Award®-winners Thomas Meehan, Charles Strouse and Martin Charnin, ANNIE includes such unforgettable songs as “It’s the Hard Knock Life,” “Easy Street,” “I Don’t Need Anything But You,” plus the eternal anthem of optimism, “Tomorrow.”  Choreography is by Liza Gennaro, who will incorporate selections from her father Peter Gennaro’s 1977 Tony Award®-winning choreography. 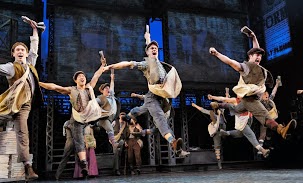 NEWSIES
December 10, 2014 – January 4, 2015
Oriental Theatre (24 West Randolph)
They delivered the papers, until they made the headlines.  Direct from Broadway comes NEWSIES, the smash-hit, crowd-pleasing new musical from Disney.  Winner of the 2012 Tony Awards® for Best Score and Best Choreography, NEWSIES has audiences and critics alike calling it “A MUSICAL WORTH SINGING ABOUT!” (The New York Times).  Filled with one heart-pounding number after another, it’s a high-energy explosion of song and dance you just don’t want to miss.

Based on true events, NEWSIES tells the captivating story of a band of underdogs who become unlikely heroes when they stand up to the most powerful men in New York.  It’s a rousing tale about fighting for what’s right and staying true to who you are.

NEWSIES was brought to the stage by an award-winning creative team.  It features a score by Alan Menken (Beauty and the Beast) and Jack Feldman (The Lion King II: Simba’s Pride) and a book by Harvey Fierstein (La Cage Aux Folles), with choreography by Christopher Gattelli (South Pacific) and direction by Jeff Calhoun (Big River). 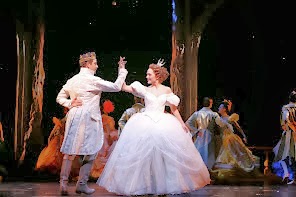 RODGERS + HAMMERSTEIN’S CINDERELLA
Dec. 16, 2014 – Jan. 4, 2015
Cadillac Palace Theatre (151 West Randolph)
Rodgers + Hammerstein’s CINDERELLA is the Tony Award®- winning Broadway musical from the creators of The Sound of Music and South Pacific that’s delighting audiences with its contemporary take on the classic tale. This lush production features an incredible orchestra, jaw-dropping transformations and all the moments you love—the pumpkin, the glass slipper, the masked ball and more—plus some surprising new twists!  Be transported back to your childhood as you rediscover some of Rodgers + Hammerstein’s most beloved songs, including “In My Own Little Corner,” “Impossible/It’s Possible” and “Ten Minutes Ago,” in this hilarious and romantic Broadway experience for anyone who’s ever had a wish, a dream... or a really great pair of shoes.


Broadway In Chicago was created in July 2000 and over the past 14 years has grown to be one of the largest commercial touring homes in the country. A Nederlander Presentation, Broadway In Chicago lights up the Chicago Theater District entertaining  up to 1.7 million people annually in five theatres. Broadway In Chicago presents a full range of entertainment, including musicals and plays, on the stages of five of the finest theatres in Chicago’s Loop including the Bank of America Theatre, Oriental Theatre, Palace Theatre, the Auditorium Theatre of Roosevelt University and just off the Magnificent Mile, the Broadway Playhouse at Water Tower Place.  For more information, visit www.BroadwayInChicago.com.
Posted by Bonnie Kenaz-Mara at 4:35 PM No comments: