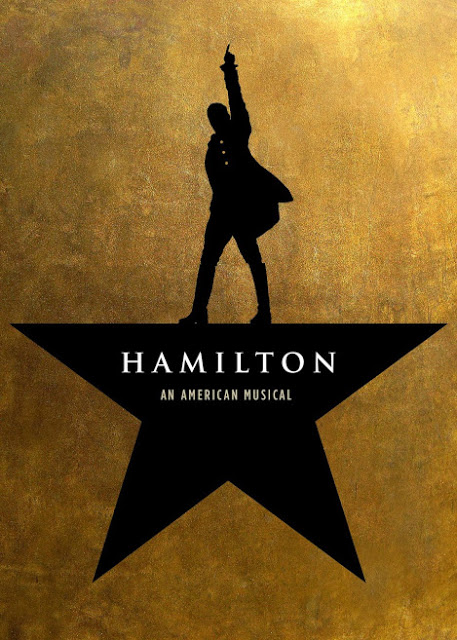 HOW TO ENTER
Visit www.BroadwayInChicago.com/HamiltonLottery for available lottery performances.

Click the “Enter Now” button for the performance you want to attend.
Fill out the entry form including the number of tickets you would like (1 or 2). Patrons will receive a confirmation email once they have validated their email (one time only) and successfully entered the lottery.
After the lottery closes, patrons will be notified via email within minutes as to whether they have won or not.

Winners have 60 minutes to pay for tickets online via major credit card.
After payment has been received and a confirmation payment email has been received, patrons can pick up tickets at The PrivateBank Theatre Box Office (18 W Monroe) no sooner than 30 minutes before show time with a valid photo ID.

ADDITIONAL RULES
Limit 1 entry per person, per performance. Multiple entries will not be accepted. Patrons must be 18 years old and have a valid, non-expired photo ID that matches the names used to enter. Tickets are non-transferable. All lottery prices include a $3.00 facility fee. Ticket limits and prices displayed are at the sole discretion of the show and are subject to change without notice. Lottery prices are not valid on prior purchases. Lottery ticket offer cannot be combined with any other offers or promotions. All sales final - no refunds or exchanges. Lottery may be revoked or modified at any time without notice. No purchase necessary to enter or win. A purchase will not improve your chances of winning. For more details, please visit BroadwayInChicago.com/HamiltonLotteryFAQ.

ABOUT HAMILTON
With book, music and lyrics by Lin-Manuel Miranda, direction by Thomas Kail, choreography by Andy Blankenbuehler and music supervision and orchestrations by Alex Lacamoire, HAMILTON is based on Ron Chernow’s biography of Founding Father Alexander Hamilton. HAMILTON is the story of America's Founding Father Alexander Hamilton, an immigrant from the West Indies who became George Washington's right-hand man during the Revolutionary War and was the new nation’s first Treasury Secretary.  Featuring a score that blends hip-hop, jazz, blues, rap, R&B, and Broadway, HAMILTON is the story of America then, as told by America now. HAMILTON’s creative team previously collaborated on the 2008 Tony Award ® Winning Best Musical IN THE HEIGHTS. HAMILTON features scenic design by David Korins, costume design by Paul Tazewell, lighting design by Howell Binkley, sound design by Nevin Steinberg, hair and wig design by Charles G. LaPointe, and casting by Telsey + Company, Bethany Knox, CSA. The musical is produced by Jeffrey Seller, Sander Jacobs, Jill Furman and The Public Theater. The HAMILTON Original Broadway Cast Recording is available everywhere nationwide.  The HAMILTON recording received a 2016 Grammy for Best Musical Theatre Album.


Broadway In Chicago was created in July 2000 and over the past 16 years has grown to be one of the largest commercial touring homes in the country.  A Nederlander Presentation, Broadway In Chicago lights up the Chicago Theater District entertaining well up to 1.7 million people annually in five theatres.  Broadway In Chicago presents a full range of entertainment, including musicals and plays, on the stages of five of the finest theatres in Chicago’s Loop including The PrivateBank Theatre, Oriental Theatre, Cadillac Palace Theatre, and just off the Magnificent Mile, the Broadway Playhouse at Water Tower Place and presenting Broadway shows at The Auditorium Theatre of Roosevelt University.