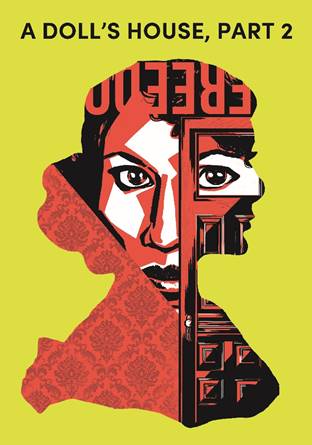 I'll be out for the press performance February 12th, so check back soon for my full review. I've caught Ibsen's original, A Doll’s House, many times in many forms, so I'm eager to catch this Chicago premiere sequel, A Doll’s House, Part 2 by award-winning playwright Lucas Hnath. 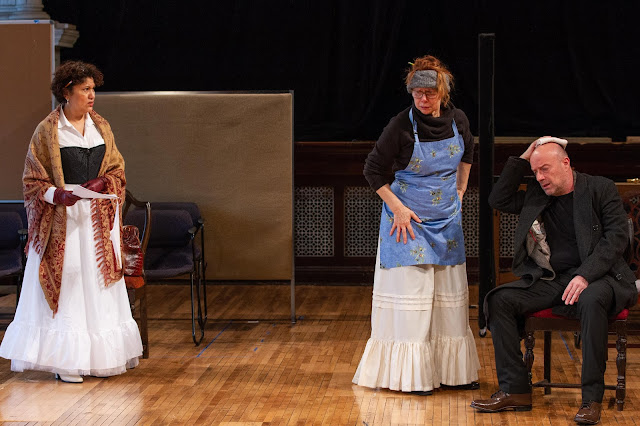 As a door slams in 1879 Norway, a young wife and mother leaves behind her family, freeing herself from the shackles of traditional societal constraints. Now, 15 years later, that same door opens to reveal Nora, a changed woman with an incredibly awkward favor to ask the people who she abandoned. Lucas Hnath's bitingly funny sequel to Ibsen's revolutionary masterpiece unfolds in a series of bristling stand-offs that reveal in Nora's world, much like our own, behind every opinion there is a person, and a slamming door isn't just an end, but also the chance for a new beginning. 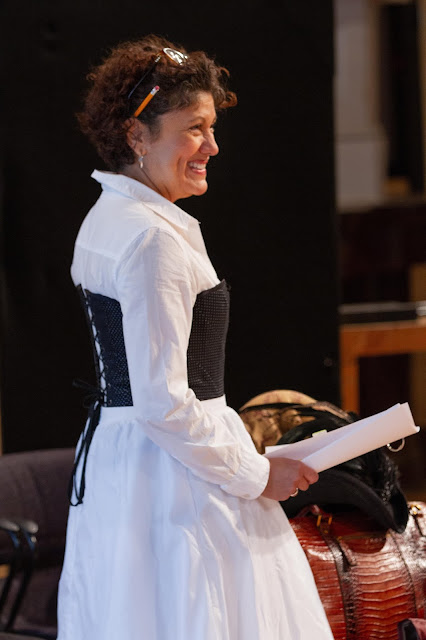 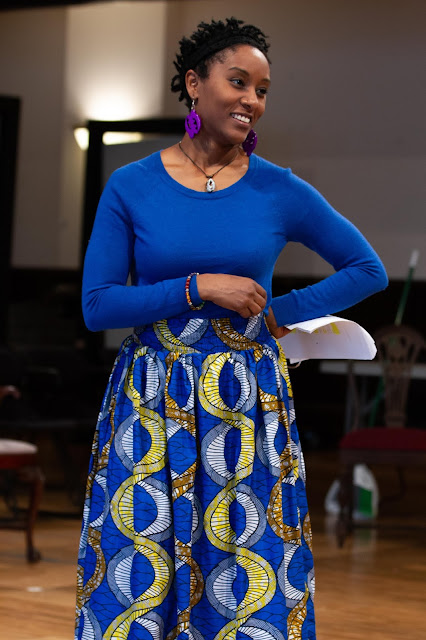 A Doll’s House, Part 2 features a Steppenwolf first: an onstage audience seating experience. To reach the stage, patrons will be escorted through a backstage path historically only used by the crew and actors. Before most performances, onstage ticket holders will have dedicated access to restrooms, concessions and complimentary coat check. Onstage seating is available for $30, which includes accessible options for people who use mobility devices or don’t use stairs. To reserve on-stage seating, call Audience Services at 312-335-1650 or select “Onstage seats” in the “Best Available” ticket selection online to purchase onstage seats for a truly up close and intimate theater experience, steppenwolf.org. 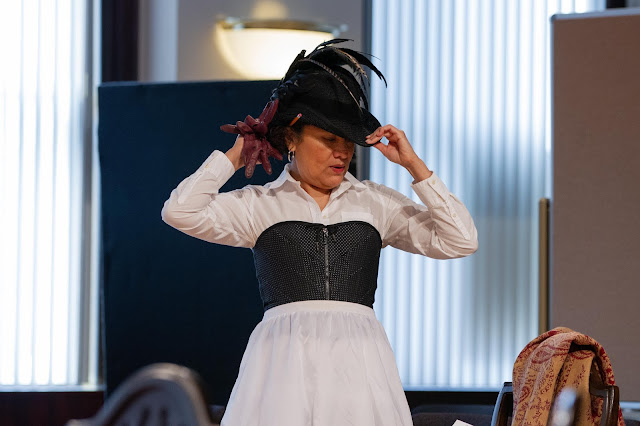 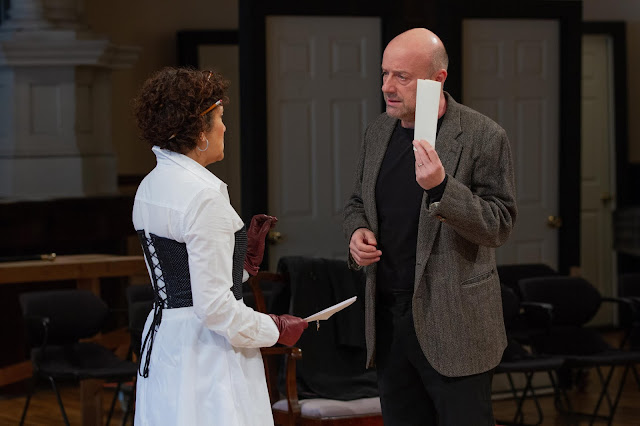 Director Robin Witt shares, “The play is so stunning, funny, and smart. A Doll’s House, Part 2 is an extraordinary, contemporary conversation of how we battle and negotiate the expectations of both our loved ones and our community. The audience does not have to be familiar with the Ibsen source material to recognize the power of Lucas Hnath’s sequel. I’m beyond thrilled to be working with the Steppenwolf ensemble on this sharply provocative play.”

Bios
Lucas Hnath’s plays include A Doll’s House, Part 2 (8 Tony® nominations, including Best Play); Hillary and Clinton; Red Speedo; The Christians (produced by Steppenwolf in 2016); A Public Reading of an Unproduced Screenplay About the Death of Walt Disney; Isaac’s Eye; and Death Tax. He has been produced on Broadway at the John Golden Theatre, Off-Broadway at New York Theatre Workshop, Playwrights Horizons, Soho Rep, and Ensemble Studio Theatre. His plays have been produced nationally and internationally with premieres at the Humana Festival of New Plays, Victory Gardens and South Coast Rep. He has been a resident playwright at New Dramatists since 2011. Awards include the Kesselring Prize, Guggenheim Fellowship, Whiting Award, two Steinberg/ATCA New Play Award Citations, Outer Critics Circle Award for Best New Play, an Obie and the Windham-Campbell Literary Prize. 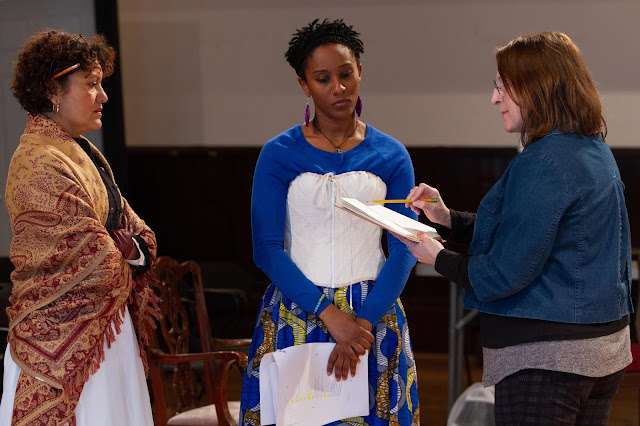 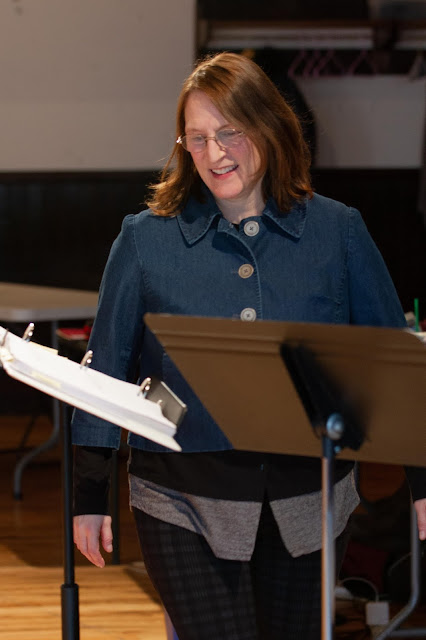 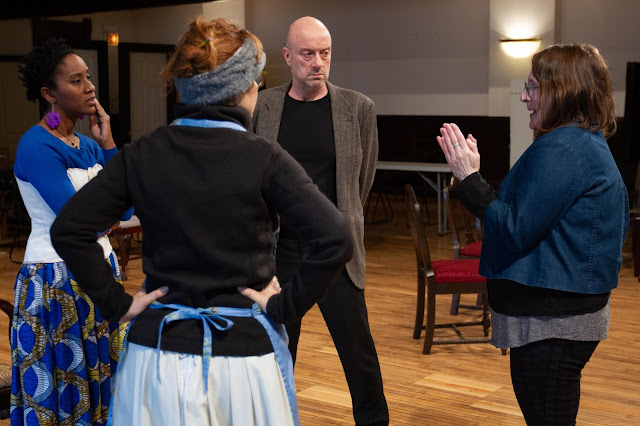 Robin Witt is an American theater director. She is an ensemble member at both the Griffin Theatre and Steep Theatre in Chicago. Witt's directing credits include Cordelia Lynn’s Lela & Co; John Van Druten’s London Wall (Jeff Awards, 2016 Director and Production); Ena Lamont Stewart’s Men Should Weep (Jeff Awards, 2015 Director and Production); Terrence Rattigan’s Flare Path; Dennis Kelly’s Love and Money; Amanda Peet’s The Commons of Pensacola; and the U.S. premieres of Simon Stephens’s Motortown, Wastwater, Pornography and Harper Regan. Witt’s productions have been cited as “Best of the Year” by The Chicago Tribune, Chicago Sun-Times, TimeOut, and Chicago Reader where she has been described as “fearless,” “a powerhouse,” “galvanic,” and “unstinting.” Her international work includes Juliet: A Dialogue About Love at the Edinburgh Fringe Festival (2013). A graduate of NYU's Tisch School of the Arts (BFA) and Northwestern University (MFA), Witt is currently an Associate Professor of Directing at the University of North Carolina Charlotte.

Black Card Memberships are for audiences interested in extreme flexibility. Cards include six tickets for use any time, are valid for one year with the option to add additional tickets as needed. Perks include easy and free exchanges, access to seats before the general public, savings on single ticket prices and bar and restaurant discounts.

Red Card Memberships are available for theaterrgoers under 30. More info at steppenwolf.org/memberships

Accessibility
Committed to making the Steppenwolf experience accessible to everyone, performances featuring American Sign Language Interpretation, Open Captioning and Audio Description are offered during the run of each play. Assistive listening devices and large-print programs are available for every performance and the Downstairs and 1700 Theatres are each equipped with an induction hearing loop. All theaters feature wheelchair accessible seating and restrooms, and Front Bar features a push-button entrance, all-gender restrooms and accessible counter and table spaces.
Accessible Performances:
American Sign Language Interpretation: Sunday, February 24 at 7:30pm
Open Captioning: Thursday, February 21 at 7:30pm and Saturday, March 16 at 3pm
Audio Description and Touch Tour: Sunday, March 10 at 1:30pm 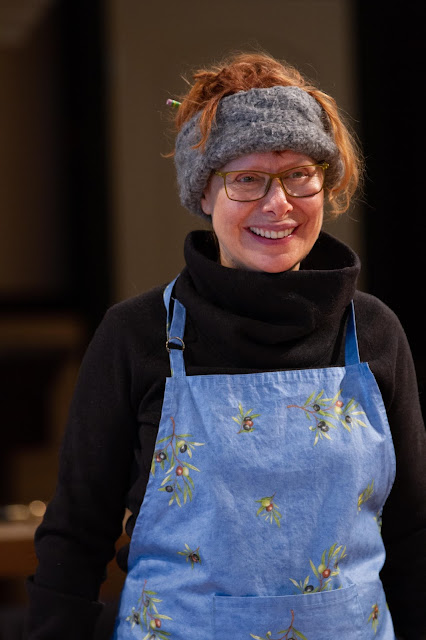 2019 Year of Chicago Theatre
Steppenwolf Theatre Company is proud to be part of the 2019 Year of Chicago Theatre, presented by the City of Chicago and the League of Chicago Theatres. To truly fall in love with Chicago, you must go to our theatres. This is where the city bares its fearless soul. Home to a community of creators, risk-takers, and big hearts, Chicago theatre is a hotbed for exciting new work and hundreds of world premieres every year. From Broadway musicals to storefront plays and improv, there’s always a seat waiting for you at one of our 200+ theatres. Book your next show today at ChicagoPlays.com.

Steppenwolf Theatre Company is the nation’s premier ensemble theater. Formed by a collective of actors in 1976, the ensemble represents a remarkable cross-section of actors, directors and playwrights. Thrilling and powerful productions from Balm in Gilead to August: Osage County and Pass Over—and accolades that include the National Medal of Arts and 12 Tony Awards—have made the theater legendary. Steppenwolf produces hundreds of performances and events annually in its three spaces: the 515-seat Downstairs Theatre, the 299-seat Upstairs Theatre and the 80-seat 1700 Theatre. Artistic programing includes a seven-play season; a two-play Steppenwolf for Young Adults season; Visiting Company engagements; and LookOut, a multi-genre performances series. Education initiatives include the nationally recognized work of Steppenwolf for Young Adults, which engages 15,000 participants annually from Chicago’s diverse communities; the esteemed School at Steppenwolf; and Professional Leadership Programs for arts administration training. While firmly grounded in the Chicago community, nearly 40 original Steppenwolf productions have enjoyed success both nationally and internationally, including Broadway, Off-Broadway, London, Sydney, Galway and Dublin. Anna D. Shapiro is the Artistic Director and David Schmitz is the Executive Director. Eric Lefkofsky is Chair of Steppenwolf’s Board of Trustees. For additional information, visit steppenwolf.org, facebook.com/steppenwolftheatre, twitter.com/steppenwolfthtr and instagram.com/steppenwolfthtr. 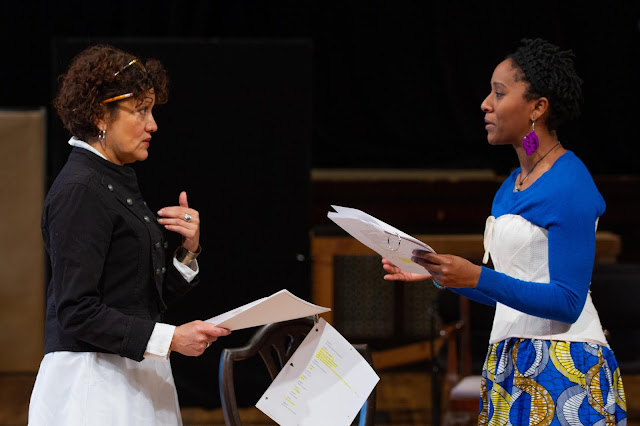