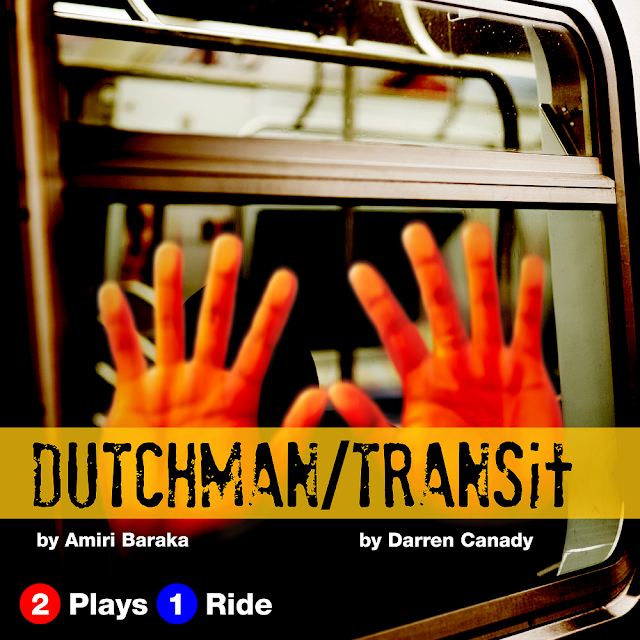 Keep your arms and legs inside the train at all times. You're in for a ride! These transit tales are full of bullying, hate crimes, race, gender, and social issues. Here at ChiIL Live Shows we loved this perfect pairing. Highly recommended.

The acting in both shows is superb and the sets are incredibly clever. In a swift transfer during intermission, the audience is effectively transported forward 50 years to present day New York City, for a world premiere commissioned work that meshes well with the thought provoking intensity and energy of the still too timely Dutchman. We truly adored TRANSit, too, from the clever play on words in the title, through the cringeworthy climax.

I shared an apartment with a transgender woman back in the mid 90's, and this portrayal was spot on. Before I got to know her well, I'd had many gay friends who had experienced violence and bullying from peers and society, but most found a safe haven in the gay community and their partner choices. As a pre op "Third World Girl", she had been attacked numerous times, even severely enough to be hospitalized. Yet she was not attracted to gay men and most drawn to just the type of young, straight, homophobic thugs most likely to bring her bodily harm, just like the characters in TRANSit. I called them her "Neanderthals". Every time she got close enough to a guy to get intimate, it had the potential of turning into a violent betrayal when they discovered her physical truths didn't match her facade. This is an incredibly intense set of plays, especially presented in tandem. Kudos to American Blues for giving a voice and space to the darker side of our culture, with two stellar shows, and opening some eyes and minds.

Posted by Bonnie Kenaz-Mara at 1:11 PM No comments:

Posted by Bonnie Kenaz-Mara at 5:47 PM No comments: