OPENING: Beyond Therapy Via Eclipse Theatre Company at The Athenaeum July 14 – August 18, 2019

The 2019 Christopher Durang Season continues with the farcical comedy,
Beyond Therapy
July 14 – August 18

*Beyond Therapy runs approximately two hours, with one ten-minute intermission.*

The 2019 Christopher Durang Season continues with the farcical comedy, Beyond Therapy. Bruce and Prudence are deeply into therapy. Prudence’s macho therapist is urging her to be more assertive, while Bruce’s wacky female therapist wants him to meet women by placing a personal ad. She does not fully comprehend that Bruce has a male lover who is not pleased by Bruce’s desire to date a woman. Bruce doesn’t know how to handle poor, nervous Prudence, and Prudence doesn’t know what to make of her unpredictable new boyfriend. They do learn to live beyond therapy in this comedic play.

Eclipse Theatre Company, the only Midwest theatre company to feature one
playwright in one season, will continue their 2019 Christopher Durang Season this summer with a production of Beyond Therapy, with Rachel Lambert directing.

$30 for all regular performances (half-price rush tickets available)
$20 for previews; $10 for industry members at previews with headshot/card
$20 for each ticket in groups of ten or more, and for seniors (with ID)
$20 for students (with ID) 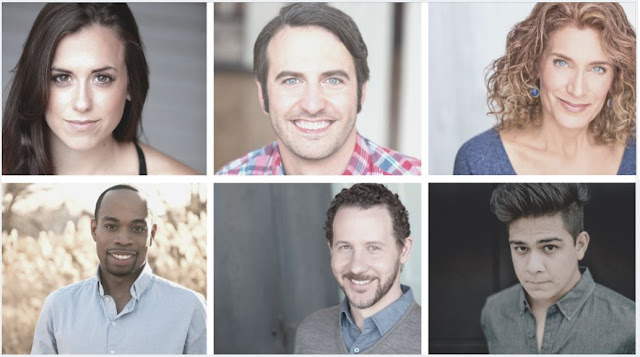 
NEXT:
The 2019 Christopher Durang Season will finish with Why Torture is Wrong, and the People who Love Them, directed by Eclipse Ensemble Member Steve Scott, opening in November 2019.


FUNDERS:   The Richard H. Driehaus Foundation and the John D. and Catherine T.

Posted by Bonnie Kenaz-Mara at 1:09 PM No comments:

Black Button Eyes Productions is pleased to launch its 2018-19 season with the world premiere of NIGHTMARES AND NIGHTCAPS: The Stories of John Collier, a non-musical adaption of British author and screenwriter John Collier’s phantasmagoric short stories, written and directed by Producing Artistic Director Ed Rutherford with choreography by Derek Van Barham. NIGHTMARES AND NIGHTCAPS will play August 17 – September 15, 2018 at The Athenaeum Theatre (Studio Two), 2936 N. Southport Ave. in Chicago. Tickets are currently available at athenaeumtheatre.org, by calling (773) 935-6875 or in person at The Athenaeum Theatre Box Office.

Before the Twilight Zone, there was British expatriate John Collier, writing humorous stories about the bizarre and fantastical for The New Yorker and sardonic screenplays in Hollywood throughout the first half of the 20th century. In this world premiere adaptation, an ominous host weaves together Collier's comic tales of love, loss and the mysterious for the audience's delight.

Tickets: $30. Students $15. Tickets are currently available at athenaeumtheatre.org, by calling (773) 935-6875 or in person at The Athenaeum Theatre Box Office.

About the Artists:
Ed Rutherford (Adapter/Director) For Black Button Eyes, Ed most recently directed the Jeff-Recommended production of Nevermore - The Imaginary Life and Mysterious Death of Edgar Allan Poe (Chicago premiere), preceded by Shockheaded Peter (Chicago storefront premiere), Amour (Chicago premiere), Goblin Market and Stephin Merrit's musical adaptation of Coraline (Midwest premiere). Recent directing credits elsewhere include the Jeff-Recommended productions of The Liar with Promethean Theatre Ensemble and Paula Vogel’s The Baltimore Waltz at Brown Paper Box Co. He is an artistic associate at Promethean, where he staged his own world premiere adaptation of the Peter S. Beagle fantasy novel The Last Unicorn, Brecht’s The Caucasian Chalk Circle and the company's inaugural production, Christopher Durang’s Beyond Therapy. As an actor, he has performed with Drury Lane Oakbrook, Porchlight, Theater Wit and many others. A graduate of Northwestern's theater program, he is currently completing his MBA at Kellogg.

Derek Van Barham (Choreographer) is the Associate Artistic Director of Pride Films & Plays, a member of the Red Tape Theatre ensemble, and a former Artistic Director of The Ruckus. For PFP, he has directed Perfect Arrangement, Angry Fags (Steppenwolf Garage Repertory), Songs from an Unmade Bed (Jeff nomination), and PRISCILLA, Queen of the Desert: The Musical (co-directed with David Zak). He also wrote, directed and choreographed BITE: A Pucking Queer Cabaret and Kill Your Boyfriends. Other directing credits include Three Days of Rain (Boho), The View Upstairs (Circle Theatre), Miracle! by Dan Savage and Skooby Don't (Hell in a Handbag), Trash and HOT PINK (New American Folk Theatre) and From These Fatal Loins (The Ruckus). Choreography credits include The CiviliTy of Albert Cashier (Permoveo/PFP), Nevermore, Shockheaded Peter, Amour, Coraline, Goblin Market (Black Button Eyes). He was named one of Windy City Times 30 Under 30, recognizing individuals from Chicago's LGBTQ+ community. MFA: Chicago College of Performing Arts at Roosevelt University. Up next: Homos, or Everyone in America with PFP.

NIGHTMARES AND NIGHTCAPS was made possible in part by a grant from the Department of Cultural Affairs and Special Events’ (DCASE) Individual Artist Program. 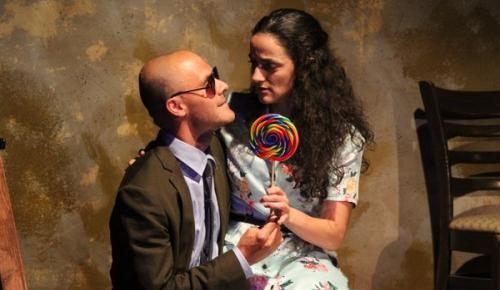 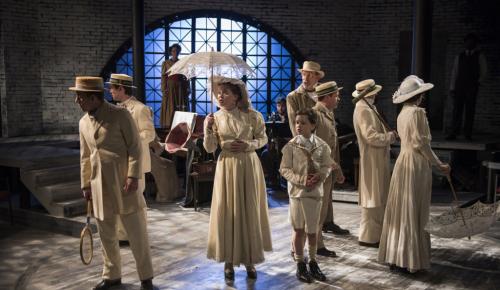 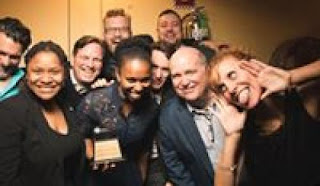 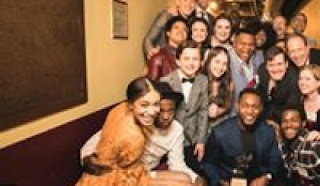 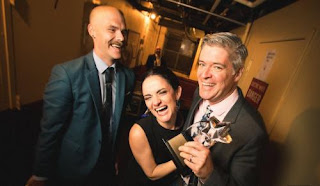 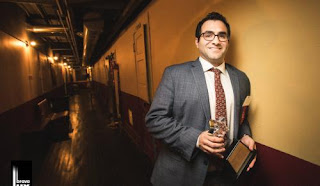 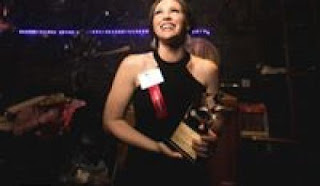 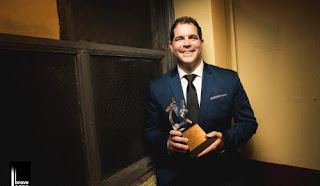 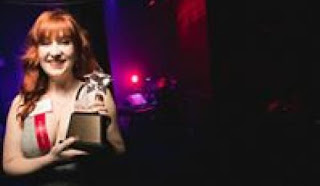 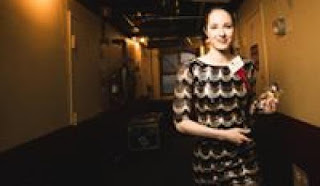 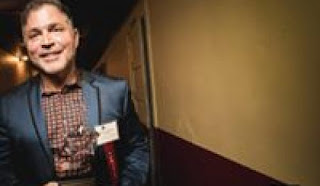 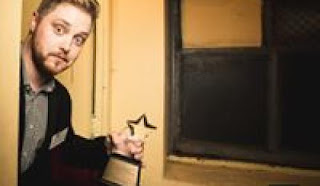 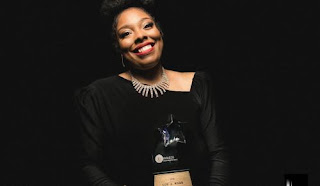 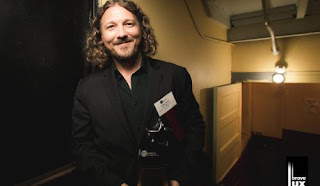 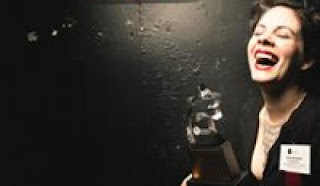 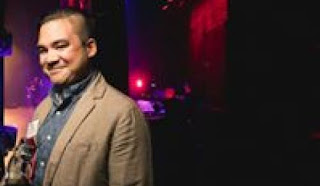 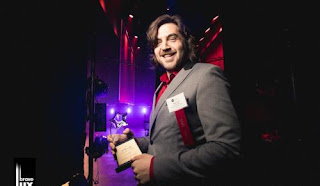 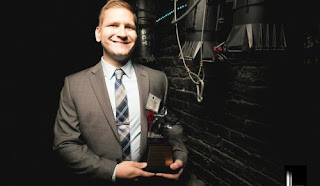 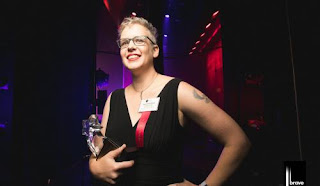 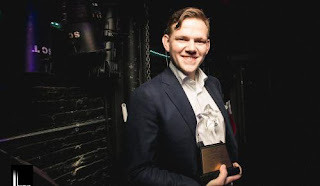 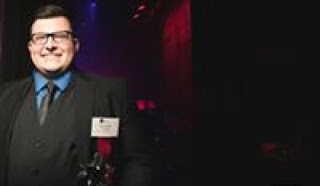 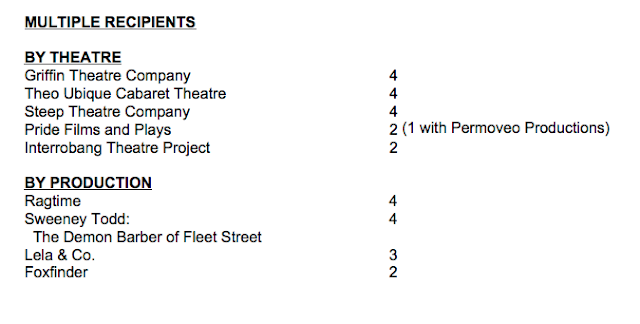 Posted by Bonnie Kenaz-Mara at 6:00 AM No comments: