Here at ChiIL Live Shows, we love to see so many world premieres happening right her in Chi, IL and we're eager to catch Strawdog's latest. I'll be out for  opening night Monday, May 21st, so check back soon for my full review.

The Access Performance, featuring audio description, open captioning and a Touch Tour is Sunday, June 3 at 4 p.m., with Industry Night Monday, June 4 at 8 p.m. Regular run performances are Thursdays - Saturdays at 8 p.m. and Sundays at 4 p.m. Preview tickets are $18 and regular run tickets are $35-$40. Single tickets go on sale Sunday, April 1 at 10 a.m. and are available at www.strawdog.org.

Bennet Fisher’s is a claustrophobic thriller about privilege, paranoia and the assumptions we make about one another. This moving play centers on Hassan, a Somali-American airport shuttle driver, in Minneapolis, struggling to make ends meet as more and more of his customers switch to Uber and Lyft. When a stranded teenager at the airport pays Hassan to take him to Chicago, it seems on the surface like it is worth the risk and the fare.

ABOUT BENNETT FISHER, PLAYWRIGHT
Bennett Fisher is an artistic associate and former Shank Fellowship Playwright in Residence at Victory Gardens Theater in Chicago and a company member of Campo Santo, People of Interest, and the Cutting Ball Theater. His plays include Damascus (Samuel Goldwyn Award, O'Neill Conference finalist), Borealis (Alliance/Kendeda Prize finalist), Don't Be Evil, Candlestick, Campo Maldito and the dialogue for the immersive theater experience The Speakeasy, in San Francisco. His work has been presented and produced by the Bay Area Playwrights Festival, Strawdog Theater Company, La Jolla Playhouse's WOW Festival, the Alliance Theater, the Kennedy Center MFA Playwrights Workshop, Florida Repertory Theater, the Martin E. Segel Center, Burbage Theater Company, People of Interest, Ubuntu Theater Project, Theater Emory, the Unicorn Theater, Sleepwalkers Theater, New Conservatory, the Cutting Ball Theater, Custom Made Theatre Company, and others. Fisher has been commissioned by The House Theater of Chicago, Theater Emory, Campo Santo and others. His screenplay version of Damascus was optioned by Bill Mechanic and Pandemonium, and he is currently developing work with e1 based on the experience of the former CIA officer-turned-whistleblower John Kiriakou. As an actor, dramaturg and director, he has collaborated with California Shakespeare Theatre, Stanford Summer Theatre, Just Theater, Crowded Fire, Pear Ave Theatre, Adirondack Shakespeare Company, Marin Shakespeare Company and many others. He received his MFA from UC San Diego in 2016.

ABOUT CODY ESTLE, DIRECTOR
Cody Estle is making his Strawdog debut directing Damascus. He is the newly appointed artistic director of Raven Theatre. His directing credits include The Assembled Parties, A Loss of Roses (named by Chicago Tribune honorable mention as one of the Year’s Best in 2016), Dividing the Estate, Vieux Carre (named by Chicago Tribune as one of the Year’s Best in 2014), Good Boys and True, Brighton Beach Memoirs, Boy Gets Girl and Dating Walter Dante at Raven Theatre; Five Mile Lake at Shattered Globe Theatre; By The Water (named by Chicago Sun-Times honorable mention as one of the Top Theatre Productions of 2017) at Northlight Theatre; American Hero at First Floor Theatre; Scarcity at Redtwist Theatre; The Seagull and Watch on the Rhine at The Artistic Home; Don’t Go Gentle at Haven Theatre; Uncle Bob at Mary-Arrchie Theatre and Hospitality Suite at Citadel Theatre. He’s had the pleasure of assistant directing at Steppenwolf Theatre, Northlight Theatre, Marriot Theatre, Goodspeed Musicals, Court Theatre, Writers Theatre, Next Theatre and Strawdog Theatre. Estle is an associate member of SDC and a graduate of Columbia College Chicago. 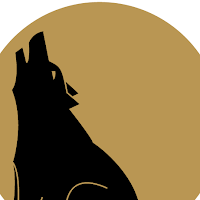