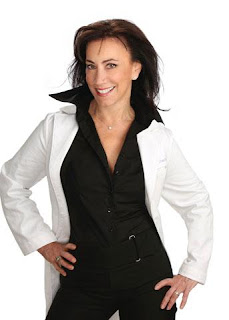 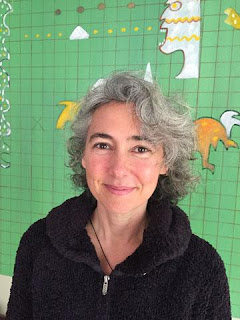 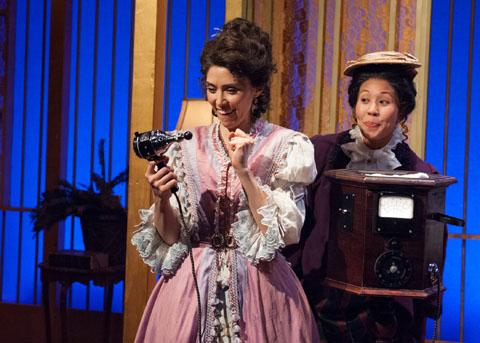 Catch the buzz at TimeLine’s free Sunday Scholars event, which follows immediately after the 2 p.m. matinee of its current hit production of Sarah Ruhl’s intimate and humorous play about a Victorian era doctor, his sexually repressed wife, and the invention of a new piece of electrical machinery meant to treat the common affliction of female “hysteria.”

Streicher is an Associate Clinical Professor of Obstetrics and Gynecology at Northwestern University’s medical school, The Feinberg School of Medicine; the medical director of the Northwestern Medicine Center for Sexual Medicine and Menopause; and a noted TV personality.

Kapsalis is the author of Jane Addams’ Travel Medicine Kit, The Hysterical Alphabet, and Public Privates: Performing Gynecology from Both Ends of the Speculum; a co-founder of Theater Oobleck; and a collective member at Chicago Women’s Health Center.

﻿Both will bring their deep expertise to TimeLine’s “Sunday Scholars,” and delve into the story and themes of sexual awakening and female equality found in Ruhl’s IN THE NEXT ROOM, a finalist for the Pulitzer Prize for Drama and a Tony Award nominee for Best Play.

TimeLine Company Member Maren Robinson, who served as dramaturg on the production, will moderate the panel, followed by audience Q&A. 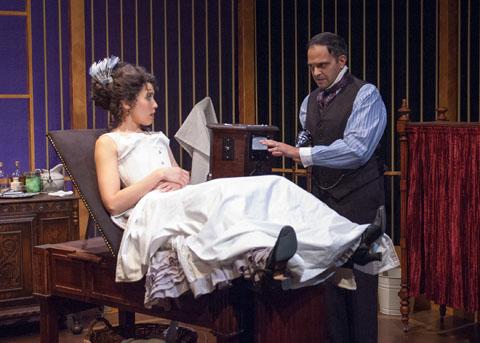 Inspired by the book The Technology of Orgasm by Rachel P. Maines, Sarah Ruhl’s IN THE NEXT ROOM, OR THE VIBRATOR PLAY is set in the 1880s, when Thomas Edison’s invention of the electric light began to change the fabric of daily life. Inspired by Edison’s discovery, scientist and inventor Dr. Givings experiments with a piece of machinery to treat the increasingly common affliction of female hysteria. When he starts to see a new patient regularly, his wife’s curiosity with the invention and what occurs “in the next room” grows, leading to discoveries of her own. This intimate and humorous story of self-discovery reveals that human connection is not simply a means to an end, but a vital part of life itself. 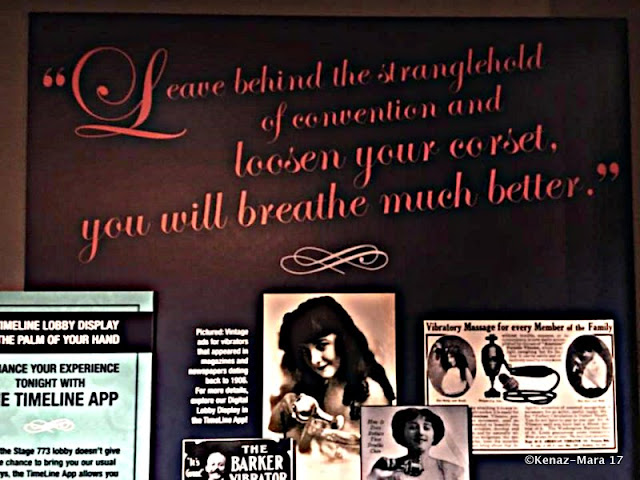 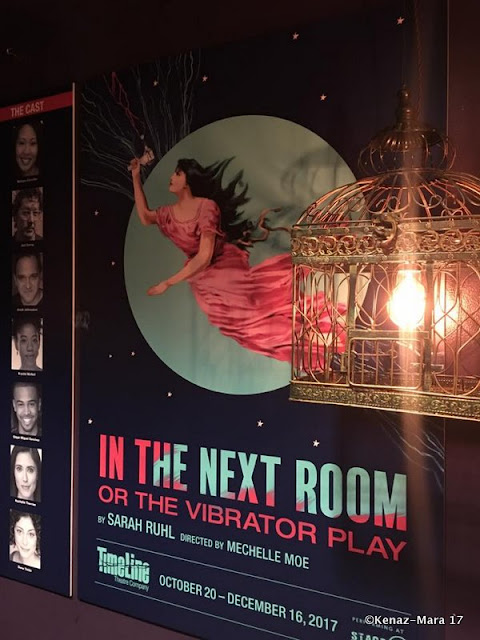 **Wow! Hysterical historical gem on sexuality science vs. sensuality at the dawn of the electric light! ** 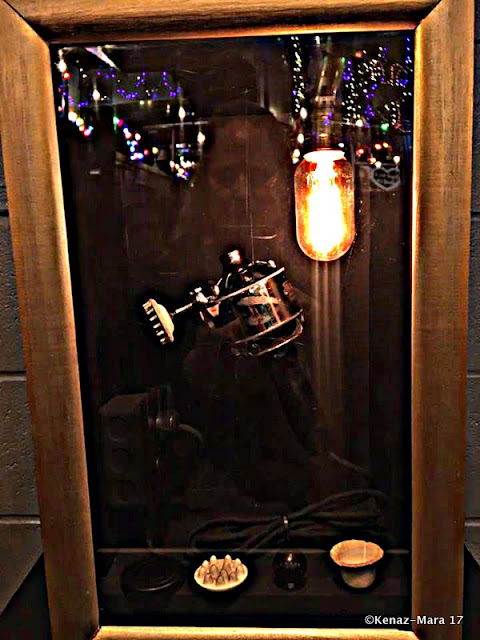 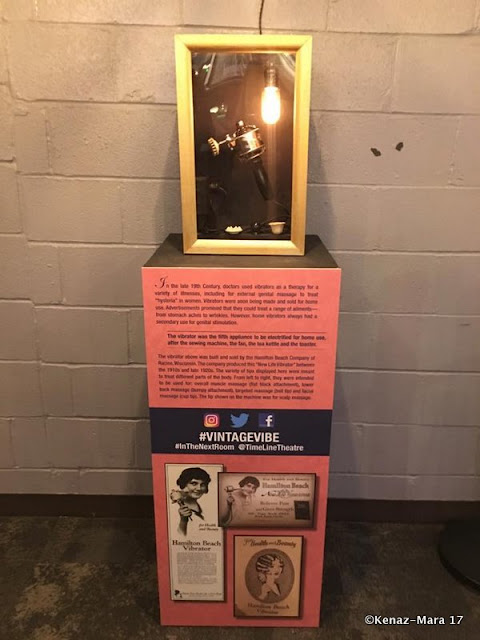 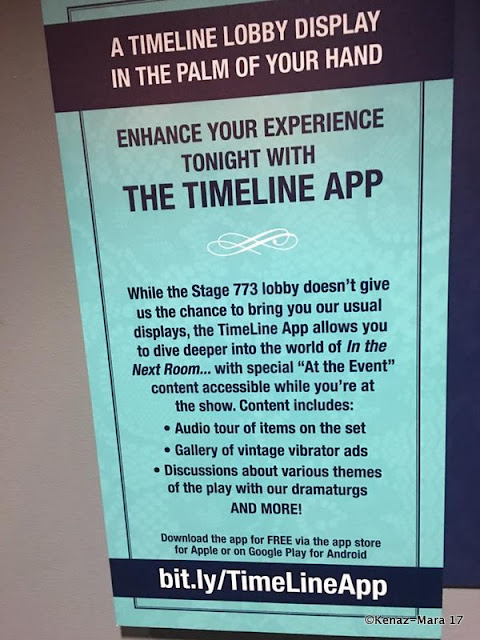 It's thrilling that Ruhl’s IN THE NEXT ROOM is now a finalist for the Pulitzer Prize for Drama and a Tony Award nominee for Best Play. This is an era and an area of study woefully underrepresented on stage, particularly from women's point of view and it's at once enlightening and amusing how much sexually bumbling and clueless male scientists presumed they knew about women physically, emotionally and mentally. It's funny that many men still haven't caught up, in over a century!

It's particularly striking that the 1880's were bringing illumination in the form of the brand new electric light, and how the fears and excitement over this advent mirrored the evolution of vibrators. There were naysayers who wanted to maintain the relative darkness and mystique of candlelight and thought that romance and gentility would be lost in the bright wash of electric light. Some thought it would be dangerous or harmful. Yet, once lights became more familiar, people found them quite useful and superior to the dangers and drawbacks of candlelight. 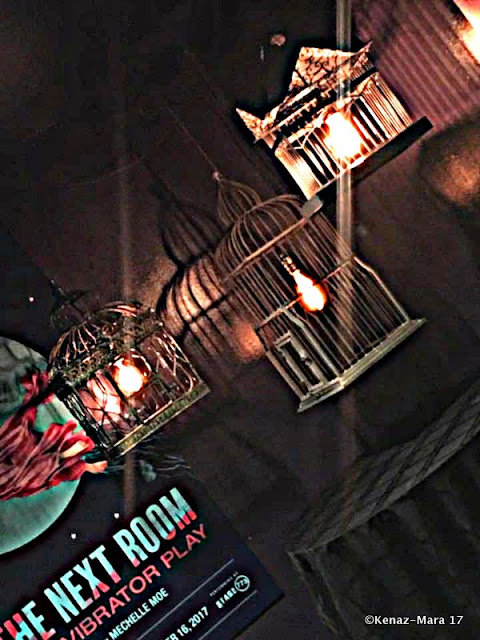 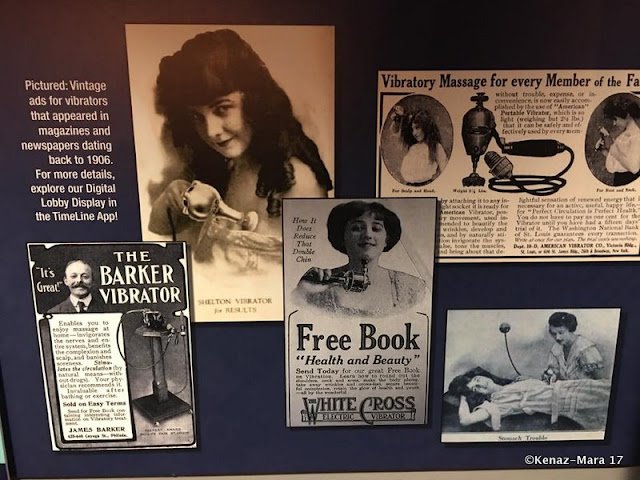 The Victorian era costumes in Timeline Theatre's production are absolutely delightful, as is the attention to detail in the set design and props. All "treatments" are tastefully and modestly done, so the production never crosses into exploitive or prurient realms, and stays story based. The entire cast is phenomenal, making this period piece a joy to see. The chemistry on stage is palpable and it's fascinating to see the relationships developing among unlikely friends. This production brings in racial tensions, class issues, motherhood, lesbian attractions, the agonies of having to hire a wet nurse and having to be one, infant love and loss, loneliness, orgasms, and maladies, real and perceived. Even the link between creativity, creative blocks, loss, and sexual tension are explored. Ultimately, women take charge of their own methods and means of satiation, and the tightly wound doctor learns the sensual joys of letting go and doing something out of character and out of doors, one snowy evening with his passionate wife. This is an utterly satisfying play and a unique night out. Highly recommended. 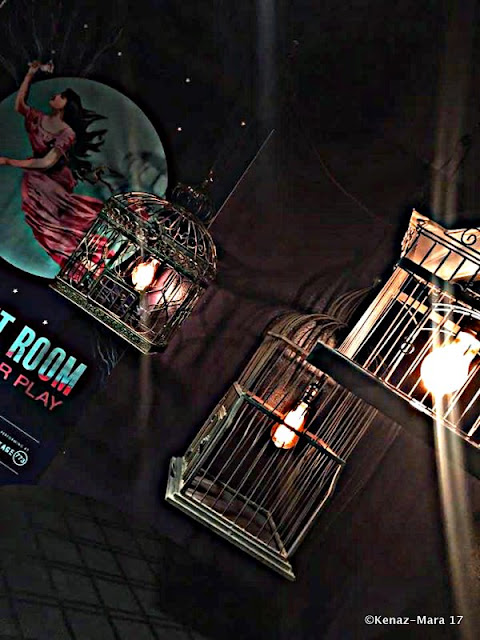 
"Plugged in and amped up...it's like director Mechelle Moe
took the show and gave it a firmer shove toward the
right spot for the here and now. 3 stars!”
-Chris Jones, Chicago Tribune, full review

Stage 773 is located one-half block west of the corner of Belmont and Racine and immediately east of Theater Wit in Chicago’s Lakeview East neighborhood. The theater is accessible via the CTA El stop at Belmont (Red/Brown/Purple lines). CTA bus #77-Belmont stops at Racine. Valet parking is available for $12 and there is also limited free and metered street parking nearby. Visit timelinetheatre.com for complete directions and parking information. Stage 773 is accessible for people with disabilities. 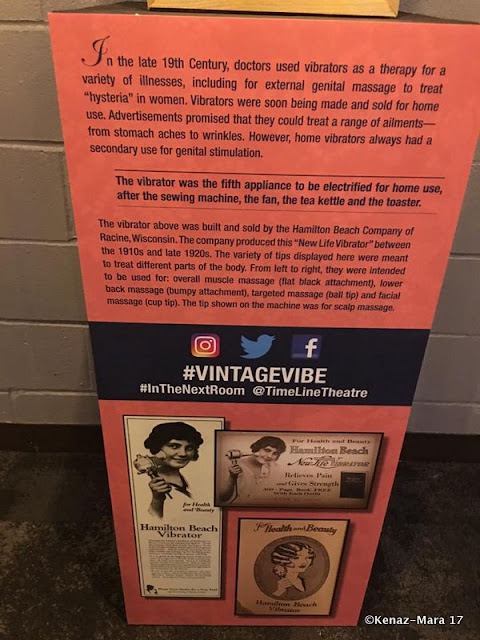 
PANELIST BIOGRAPHIES
Theater maker and educator Terri Kapsalis is the author of Jane Addams' Travel Medicine Kit, The Hysterical Alphabet, and Public Privates: Performing Gynecology from Both Ends of the Speculum. As a collective member at Chicago Women’s Health Center, she co-founded TGAP (Trans Greater Access Project) and the Integrative Medicine Program. Since 2000, she has taught a renowned course at the School of the Art Institute of Chicago titled "The Wandering Uterus: Journeys through Gender, Race, and Medicine." Her essay “Hysteria, Witches, and The Wandering Uterus: A Brief History, or Why I Teach ‘The Yellow Wallpaper’” was published on Literary Hub in April 2017. A co-founder of Theater Oobleck, she has performed in over 35 productions.

Lauren Streicher, MD is an Associate Clinical Professor of Obstetrics and Gynecology at Northwestern University’s medical school, The Feinberg School of Medicine and the medical director of the Northwestern Medicine Center for Sexual Medicine and Menopause. Her clinical interests include all aspects of women’s health but Dr. Streicher has a particular interest and expertise in menopause and sexual health. She frequently speaks and writes about the history of medicine including her recent lecture at a national medical conference on The History and Current Medical Use of the Vibrator. She is the author of Sex Rx: Hormones, Health and Your Best Sex Ever which includes a chapter on the history of the vibrator. Dr. Streicher has also published The Essential Guide to Hysterectomy. She appears weekly on WGN Morning News and is a frequent guest on shows such as The Dr. Oz Show, The Steve Harvey Show, The Today Show and Good Morning America. She is a Fellow in the American College of Obstetricians and Gynecologists, a member of the Sexual Medicine Society of North America, Inc., The International Society for the Study of Women’s Sexual Health, The Scientific Network on Female Sexual Health and Cancer, and is a Certified Menopause Practitioner of The North American Menopause Society.
Posted by Bonnie Kenaz-Mara at 11:20 PM No comments: