World Premiere of FRANKENSTREISAND Via Hell in a Handbag Productions September 29 – October 31, 2022 at Redline VR

Hell in a Handbag Productions Presents 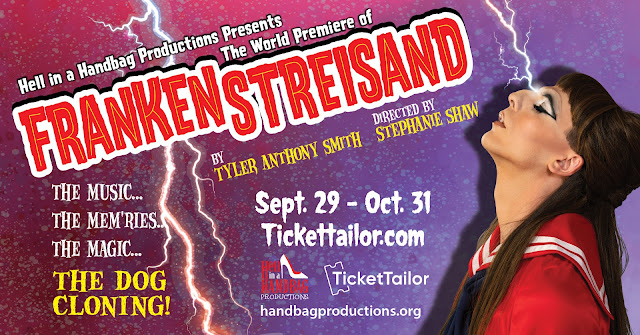 The music... the mem’ries... the magic... the dog cloning! This Halloween season, Hell in a Handbag Productions kicks off its 2022-23 season with the world premiere of FRANKENSTREISAND by Tyler Anthony Smith* and directed by Stephanie Shaw, playing September 29 – October 31, 2022 at Redline VR, 4702 N. Ravenswood Ave. in Chicago. Tickets are currently available at handbagproductions.org or buytickets.at/hellinahandbagproductions/749389. I'll be out for the press opening October 1, so check back soon for my full review.

Take a peek at what’s under Barbra’s underground mall – Babs’ secret laboratory! Witness Dr. Barbra Frankenstreisand’s (Tyler Anthony Smith*) first performance in 27 years, having gone into seclusion after her precious dog Samantha suddenly died. All these years later, The Greatest Star is back, and she’s determined to clone her perished pooch live on stage. She’s brought all of her tools, but because of those fingernails, she’s going to need a little help from her loyal assistant, The Hunchback, and a tired but vampy German stage manager. Don’t be surprised if Barry Gibb, Judy Garland, and other mega-stars stop by for a visit, along with twisted versions of all the signature Barbra songs you expect to hear in a show of this caliber! Don’t sit and putter! Be one of the luckiest people in the world and see... FRANKENSTREISAND! 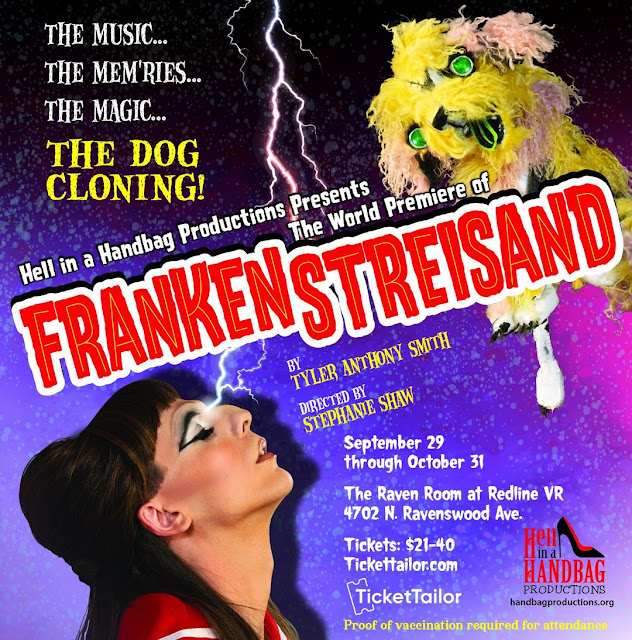 Please note: Handbag will continue to adhere to all city, state and federal COVID safety guidelines in place at the time of performance including, but not limited to, proof of full vaccination and masking at all performances.

Stephanie Shaw (Director) has performed her own work for The Paper Machete, The Encyclopedia Show, Chicago Ideas Week, The Estrogen Fest, 2nd Story, The Poetry Center of Chicago, Fillet of Solo, The Neo-Futurarium, The New York Fringe Fest and the NYC Estrogenius Fest. An alumni member of the Neo-Futurists, she wrote and performed regularly for Too Much Light Makes The Baby Go Blind from 1990-1995, and was a founding member of the Solo Performance Ensemble BoyGirlBoyGirl, with whom she wrote and performed for 10 years. She has directed a number of Solo Shows for Live Bait Theatre, The New York Fringe, and the simple pleasure of Tyler Anthony Smith and his audiences. She has directed for The Neo-Futurists, Oak Park Festival Theatre, and over a dozen plays and musicals for the theatre department of Columbia College Chicago, where she is a Professor of Instruction. Once upon a time, she was a theatre critic for The Chicago Reader. 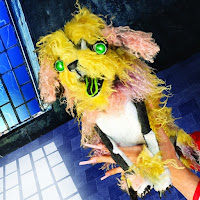 Hell in a Handbag is dedicated to the preservation, exploration, and celebration of works ingrained in the realm of popular culture via theatrical productions through parody, music and homage. Handbag is a 501(c)(3) Not for Profit. For additional information, visit handbagproductions.org.

Posted by Bonnie Kenaz-Mara at 9:33 PM No comments: