Tracy Letts Plays Like You’ve Never Seen Them Before 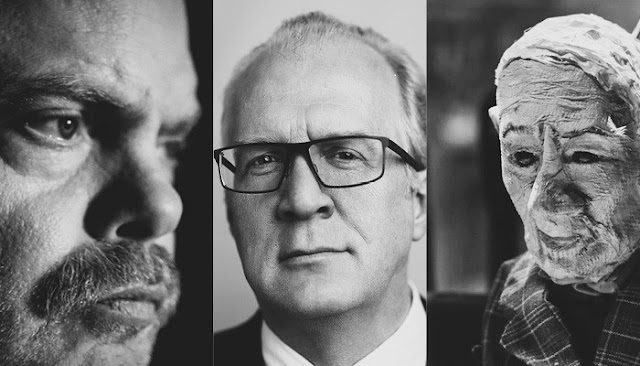 Pictured L to R: Rainn Wilson in "Night Safari", Tracy Letts in "The Stretch" and the puppet character Ted in "The Old Country" (voiced by William Petersen).

In the lead-up to ensemble member Tracy Letts’ extraordinary BUG this November in the Downstairs Theater, Steppenwolf Theatre Company is proud to bring audiences a sampler of the playwright’s singular voice in their homes with a trio of new virtual plays by Letts. The three gripping pieces, each produced for the first-time in a digital format, create the opening landscape of the 2021/22 Comeback Season and mark a bridge to the return of live performances and the highly anticipated opening of the new Arts and Education Center this fall. Steppenwolf’s virtual stage—which has streamed in all 50 states and over 20 countries since its inception last fall—is a celebration of the profound connection that theatre, in whatever form it finds itself, offers us all.

Ensemble member Tracy Letts shares, “These plays share at least one thread: a world off-kilter. But since I wrote these pieces, the actual world has undergone some hair-raising transformations, which have cast mysterious new light on these plays. They feel very much like stories for 2021.”

Single tickets are now available and grant access to all three virtual plays for $20 at steppenwolf.org/TracyLettsvirtual or by calling Audience Services at 312-335-1650. Students, teachers, artists & essential workers get access for $10. The three plays stream from September 29 through October 24, 2021.

Access to the virtual works is FREE with a Steppenwolf 2021/22 Classic Membership. To purchase a Membership or for more information, visit steppenwolf.org/memberships or call 312-335-1650. 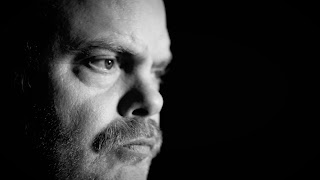 A monologue filmed in a studio location

The nocturnal habits of the Panamanian Night Monkey, the life cycle of the Paradoxical Frog, and the mating rituals of middle-aged male homo sapiens. This wry monologue poses the question: are we so distant from the whims of our biology? Enjoy your tour, and please remember—do not feed the animals. 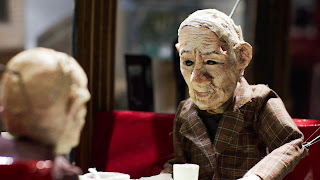 A filmed vignette, inhabited by puppets

Two men in a diner drain the last drops of their coffees and think about ordering dessert. In the denouement of their (physical, intellectual, and sexual) lives, they wax nostalgic and try to communicate across a wide divide. 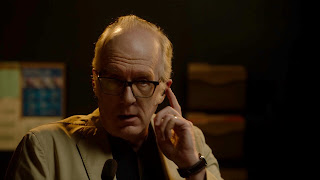 A monologue filmed in a studio location

And they’re off, for the 108th running of the El Dorado Stakes! But this race is long-distance… and maybe not what it first seems…

This past spring Steppenwolf announced plans to also produce two additional original virtual works by ensemble members Tina Landau and Tarell Alvin McCraney following Tracy Letts’s trio of virtual plays as part of the 2021/22 Comeback Season. Due to scheduling conflicts and production limitations, in consultation with the artists involved, Steppenwolf has decided to not produce Landau and McCraney’s virtual pieces at this time, and will explore future incarnations of the works. Letts’s trio of plays, which are already in production and nearly complete, offer audiences highly original works. From on-location filming with Rainn Wilson to handmade 3D puppets brought to life, and entirely new teams of film and video creatives employed in the creation of each work, Steppenwolf looks forward to sharing these three pieces in the lead-up to live performances of BUG this November. Learn more about the 2021/22 Comeback Season at steppenwolf.org.

Night Safari is generously supported in part by Northern Trust. United Airlines is the Official and Exclusive Airline of Steppenwolf.

Steppenwolf Theatre Company is a Chicago theater that is home to America’s ensemble. The company began performing in the mid-1970s in the basement of a Highland Park, IL church—today Steppenwolf is the nation’s premier ensemble theater with 49 members who are among the top actors, playwrights and directors in the field. Deeply rooted in its ensemble ethos, the company is committed to equity, diversity, inclusion and making the Steppenwolf experience accessible to all. Productions that premiered at Steppenwolf including August: Osage County and Pass Over—and accolades that include the National Medal of Arts and 12 Tony® Awards— have made the theatre legendary. Artistic programming includes a main stage season; a Steppenwolf for Young Adults season; LookOut, a multi-genre performance series; and the Steppenwolf NOW virtual stage. 2021 marks the opening of the company 50,000 sq. ft. Arts and Education Center—featuring a 400-seat Round Theater, dedicated education floor and new spaces for engagement. The nationally recognized work of Steppenwolf Education engages more than 30,000 participants annually in Chicagoland communities. While firmly grounded in the Chicago community, more than 40 original Steppenwolf productions have enjoyed success nationally and internationally, including Broadway, Off-Broadway, London, Sydney, Galway and Dublin. Anna D. Shapiro is the Artistic Director and E. Brooke Flanagan is the Executive Director. Eric Lefkofsky is Chair of Steppenwolf’s Board of Trustees.

Steppenwolf strives to create thrilling, courageous and provocative art in a thoughtful and inclusive environment. We succeed when we disrupt your routine with experiences that spark curiosity, empathy and joy. We invite you to join our ensemble as we navigate, together, our complex world.

Posted by Bonnie Kenaz-Mara at 3:42 PM No comments: