OPENING: Blues for an Alabama Sky at Court Theatre 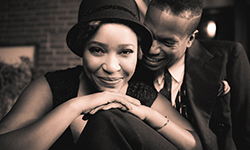 In the midst of the Great Depression, the creative spirit of New York’s Harlem Renaissance struggles with harsher realities. Angel and Guy, emerging artists with grand dreams, live next door to the more serious and political Delia, a social worker with the goal to open a community family planning clinic. Each must face their own hardships head on, but always with hope for a better life close at hand. They search for a way to keep their dreams of love, career, and service alive in times of economic despair, and they learn that the Great Depression can't destroy the source of their creative spirit.

Playwright Pearl Cleage’s striking story encounters very modern problems in a fantastically lively 1920s Harlem. Court Resident Artist and Director Ron OJ Parson will dive into this world to illuminate the characters’ intersecting lives and experiences on stage. Blues for an Alabama Sky will serve as the centerpiece for a Chicago celebration of the music, art, language, and impact of the Harlem Renaissance.

"Pearl Cleage’s play Blues for an Alabama Sky captures a sense of the Harlem Renaissance, and era between the end of World War I and the Great Depression when Harlem became a center for the cultural, social, and artistic explosion. The Harlem Renaissance generated an amazing group of artists, political forces, and its impact is still felt today. This robust time has inspired a celebration, and Court Theatre will partner with community cultural organizations and colleagues at the University of Chicago to examine the influences of that period," notes Marilyn F. Vitale Artistic Director Charles Newell.

Blues for an Alabama Sky is part of the Harlem Renaissance Celebration in Hyde Park, a celebration bringing together performing arts, music, film, and scholarship to immerse audiences into the artistic explosion in America that changed the course of black identity and expression. Court is partnering with University of Chicago scholars, musical performers, local schools, arts organizations, and film centers to rediscover the legacy of the Harlem Renaissance and the ways in which it redefined how America, and the world, witnessed the spirit and talent of African Americans. Other participating organizations include Beverly Arts Center, Black Cinema House, the Center for Race, Politics and Culture at the University of Chicago, DuSable Museum of African American History, Logan Center for the Arts, the Promontory and South Side Projections. For more information on this celebration, including a schedule of events, visit http://harleminhydepark.com/.

CELESTE M. COOPER (Delia) is making her Court Theatre debut. Celeste most recently appeared in Eclipse Theatre’s production of Our Lady of 121st Street. Some theatre credits include: Measure for Measure (Goodman); Stick Fly (Windy City Playhouse/nominated for Best Featured Actress from BTAA), Never the Sinner (Victory Gardens Theater), Ruined (Eclipse), understudying Animal Farm (Steppenwolf), The Hammer Trinity (House/Adrienne Arsht in Miami), The Mecca Tales (Chicago Dramatists), How We Got On (Citadel), AND her original one woman shows Fight 4 Your Life, and later The Incredible Cece (MPAACT & Stage 773). Celeste won The Most Promising Actress Award from the Black Theater Alliance for her portrayal of Josephine in Ruined, which led her to becoming an ensemble member and casting associate with Eclipse Theatre Company. Her TV/Film credits include a recurring role on Chicago PD (NBC), Spike Lee’s Chiraq,and Sense8 (Netflix). Ms. Cooper has a B.A. in Speech Communications & Theatre from Tennessee State University and an M.F.A. in Acting from DePaul University The Theatre School.

SEAN PARRIS (Guy) was born in L.A., raised in Miami and Georgia, with parents from Barbados and a stepfather from Ohio. He currently lives in Pilsen with boyfriend Ricardo Gamboa. Sean received his MFA from DePaul University’s Theatre School. He is a graduate of Black Box Acting Academy and staff writer for the podcast PleasureTown in Chicago. He is excited to be making his Court Theatre debut. Chicago credits include: Space Age, a two man show, created with real life intimate partner Ricardo Gamboa; The Magic Play, The Solid Sand Below (Goodman Theatre); Compass, The Drunken City, Animal Farm (Steppenwolf); The Whipping Man (Northlight Theatre); Seascape (Remy Bumppo); Pornography (Steep Theatre); Shakespeare's Greatest Hits (Chicago Shakespeare Theatre); A Girl With Sun in Her Eyes (Pinebox Theatre). Television Credits: Sickos (Gun Collective). He will next be seen in the OpenTV’s original web series BRUJOS. He is represented by Paonessa Talent Agency.

TOYA TURNER (Angel) Toya Turner is making her Court Theatre debut. Toya is a Jamaican-American from Houston, Texas. She's a graduate of the British American Drama Academy at Oxford University. Stage credits include: Christina, The Girl King (Cor Theatre); For Her As A Piano (Pegasus Theatre); and Twilight: Los Angeles, 1992 (Other Theatre Co.). TV/Film credits include: Easy (Netflix), Chicago Med (NBC), and Empire (FOX). Up Next: Tracy in The Chi (Showtime) and Mayme in Intimate Apparel (TheatreSquared, Arkansas).

GENO WALKER (Leland) makes his Court Theatre debut. A graduate of Oberlin College and a Bob Curry Fellow with Second City Chicago, Geno is represented by Grossman and Jack Talent. 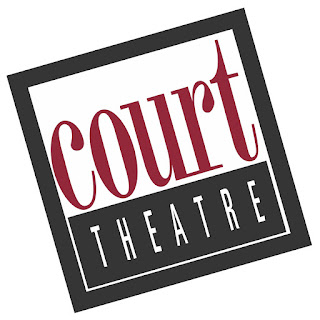 Court Theatre's 2016/17 Season is sponsored by Barbara and Richard Franke.
Posted by Bonnie Kenaz-Mara at 3:00 PM No comments: