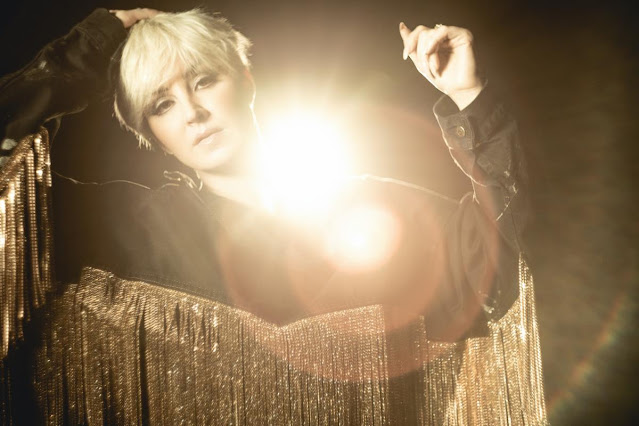 Tonight I'll be out to shoot a photo feature on Maggie Rose and Christone "Kingfish" Ingram.  I'm eager to catch them both live. Check back soon for my full review.

Maggie Rose is a Nashville-based singer/songwriter who dreamed up her own unbridled collision of rock n’roll, soul, folk, funk, and R&B for her third studio album. Have a Seat was produced by Ben Tanner of Alabama Shakes and came to life at the iconic FAME Studios in Muscle Shoals, AL.

“Rose is doing her part to make the world a better place.”

“A vocalist who is finally having her moment.”

“It’s not just that the new music is more textured and complex, or that her vocals soar with greater authority, which they do, it is really about Maggie Rose having found her own lane, her own groove.”

“An artist at the top of her craft.”

for female empowerment and DIY ingenuity.”

Have A Seat found Rose approaching her music with more confidence and clarity of vision than ever, ultimately sharing a selection of songs both timeless and urgent and appropriately named one of the "Best Albums of 2021" by both Rolling Stone and American Songwriter while NPR’s World Cafe called Rose “a multi-genre powerhouse...A must see act,” and Garden & Gun hailed her “an artist at the top of her craft.”

“A multi-genre powerhouse...A must see act”

After years of honing her chops and making her name as a force-of-nature vocalist, Rose’s live experiences include opening for Heart and Joan Jett & the Blackhearts and touring as direct support for Kelly Clarkson. She has made festival appearances at Bonnaroo, Newport Folk Fest and Austin City Limits, and has taken the stage at The Grand Ole Opry over 80 times.

“On her third album, “Have a Seat,” the Nashville-based songwriter Maggie Rose seeks reconciliation and balance”

PopMatters called Rose “a marvelously entertaining mover-and-shaker for female empowerment and DIY ingenuity.” Like any great soul singer, Rose beautifully captures the tensions of the current moment, gently presenting her pensive social commentary while providing a much-needed reprieve from the everyday chaos.

“I am claiming a seat I believe is rightfully mine, and I want others to do the same.”

Check out her work at maggierosemusic.com