PHYLICIA RASHAD TO DIRECT
THE ROOMMATE
BY JEN SILVERMAN 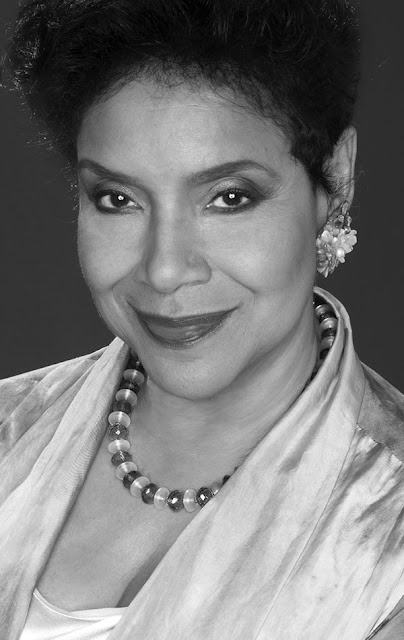 Steppenwolf Theatre Company announced acclaimed director, actor, singer and 2017 Steppenwolf Women in the Arts honoree Phylicia Rashad will direct Steppenwolf’s Chicago premiere production of The Roommate, a comedy by Jen Silverman. Featuring ensemble members Ora Jones and Sandra Marquez, this touching comedy will be the final slot in the 2017/18 season, June 21 – August 21, 2018 in the Downstairs Theatre (1650 N Halsted St). Subscription and Flex memberships for the 2017/18 season are currently available through Audience Services at 312-335-1650 and steppenwolf.org.

“We are thrilled to have the phenomenal Phylicia Rashad join us next season. Her captivating artistry spans theater, television and film, and her work continues to break boundaries. Steppenwolf’s relationship with Phylicia began when she portrayed Viola Westin in August: Osage County on Broadway and has deepened through her work in ensemble member Tarell Alvin McCraney’s Head of Passes. It was a true joy to pay honor to her at this year’s Women in the Arts luncheon, and we look forward to welcoming her back to direct this beautiful play,” shares Artistic Director Anna D. Shapiro.

Sharon is Midwestern nice. But to Robyn, her new roommate from the Bronx, that just means nosy and very, very talkative. A comical mismatch leads to a surprising and touching friendship in The Roommate, a new comedy about how early-life choices lead to mid-life challenges and the unexpected rewards of bridging the divide.

Whether she is bringing laughter to millions of television viewers around the world, moving theatre-goers to tears, thrilling movie fans, offering new insights to students by teaching at renowned learning institutions such as Howard University and Julliard, or breaking new ground as a director, Phylicia Rashad is one of the entertainment world's most extraordinary performing artists.

Phylicia Rashad’s directing credits include August Wilson's Gem of the Ocean at the Seattle Repertory Theatre, August Wilson's Ma Rainey's Black Bottom and Joe Turner’s Come and Gone at the Mark Taper Forum in Los Angeles (2014 NAACP Theatre Award for Best Director) and Fences at the Long Wharf Theatre and the McCarter Theatre.

Ms. Rashad received both the Drama Desk and the Tony Award for Best Actress in a Play for her riveting performance in the Broadway revival of Lorraine Hansberry’s A Raisin In The Sun. She received the 2016 Lucille Lortel Award for Outstanding Leading Actress in a Play for her performance in ensemble member Tarell Alvin McCraney's Head of Passes at the Public Theater, which opens at the Mark Taper Forum this fall. She has performed on Broadway in Steppenwolf’s production of Tracy Letts’s August: Osage County; Tennessee Williams’s Cat on a Hot Tin Roof (a role that she reprised on the London Stage), August Wilson’s Gem Of The Ocean, (Tony Award nomination) and Cymbeline at Lincoln Center.

Jen Silverman’s The Roommate premiered at the Actor’s Theatre of Louisville in 2015, and has received subsequent productions at South Coast Rep, Williamstown and SF Playhouse. Additional work includes The Moors, Phoebe in Winter, The Dangerous House of Pretty Mbane (Barrymore Award) and Collective Rage: A Play in 5 Boops (Woolly Mammoth). She is a member of New Dramatists, and has developed work with the O’Neill, New York Theatre Workshop, Portland Center Stage, Berkeley Rep and the Royal Court in London. A recipient of the Helen Merrill and Yale Drama Series Awards, she’s also a two-time MacDowell Fellow and 16/17 Playwrights of New York (PoNY) Fellow at the Lark.

Membership Information
Last season Steppenwolf expanded from a 5-play to 7-play season and with that has expanded the ways in which audiences can experience all the offerings. Steppenwolf Flex Card Memberships include the Steppenwolf Black Card and the Red Card. The Black Card provides six ticket credits that can be used at any time for any production; credits are valid for one year with the option to add on credits as needed. Membership perks include easy and free exchanges, access to seats before the general public, savings on single ticket prices and bar and restaurant discounts for pre- and post-show socializing. The Red Card offers audiences under the age of 30 the option to purchase six ticket credits at a discounted price to use towards any play, anytime.

Steppenwolf Theatre Company is the nation’s premier ensemble theater. Formed by a collective of actors in 1976, the ensemble has grown to 48 members who represent a remarkable cross-section of actors, directors and playwrights who continue to redefine the landscape of acting and performance. Thrilling and powerful productions from Balm in Gilead to August: Osage County—and accolades that include the National Medal of Arts and 12 Tony Awards—have made the theater legendary. Steppenwolf produces hundreds of performances and events annually in its three spaces: the 515-seat Downstairs Theatre, the 299-seat Upstairs Theatre and the 80-seat 1700 Theatre. Artistic programing includes a seven-play season; a two-play Steppenwolf for Young Adults season; Visiting Company engagements; and LookOut, a multi-genre performances series. Education initiatives include Steppenwolf for Young Adults, which engages 15,000 participants annually from Chicago’s diverse communities; the School at Steppenwolf for actors; and Professional Leadership Programs for arts administration training. While firmly grounded in the Chicago community, nearly 40 original Steppenwolf productions have enjoyed success both nationally and internationally. Anna D. Shapiro is the Artistic Director and David Schmitz is the Executive Director. Eric Lefkofsky is Chair of Steppenwolf’s Board of Trustees.