ACT OUT ENDING: There Is A Happiness That Morning Is #review 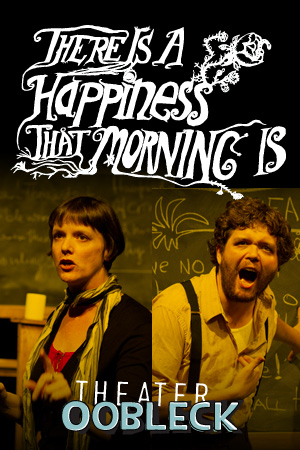 Catch it while you can.  Happiness is fleeting and Theatre Oobleck's remount is ending this weekend after an extension through April 7th.   The show's upstairs at The Biograph Theatre-Victory Gardens.

We'll be back at The Biograph for the press opening of The Whale on the 15th--not to be confused with The Elephant and The Whale (at CST-Chicago Children's Theatre).   We're covering their opening Friday the 12th and have some sweet video interviews and a 4 ticket giveaway in the works!

We sat in on an early rehearsal of The Whale, just 3 days in and had an excellent talk back with the actors.   I love to see a piece evolve.   This show has a Mormon (who has friends who went to serve in Africa... like a certain hit Broadway musical), a snarky teenage girl, school papers by an estranged child (like Dream of the Burning Boy), and a gay, obese protagonist who is already a challenge to play in an authentic, truthful way that won't evoke ire.   I'm so intrigued to see where they go with this show!

Back to There is a Happiness, it was an interesting segue to go from Completeness at The Wit on Friday to this show on Saturday.   It was a nerd love fest of a weekend.   This show's a bit more intellectual and esoteric, so less accessible unless you're a true disciple of William Blake's works.   The scenario is a hoot and the characters' responses provide an interesting dynamic, and lend fresh eyes to staid literary staples.  It's certainly worth a look. 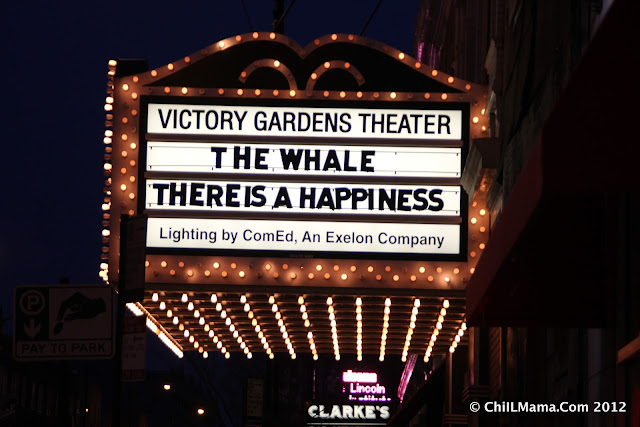 Of course Dillinger didn't experience much happiness after seeing a show at The Biograph with The Woman in Red (Ana Sage)  that infamous day in 1934, so my husband and I left our daughter, Sage Ani, at home and had a great time with another woman in red, our long time friend, Cath. 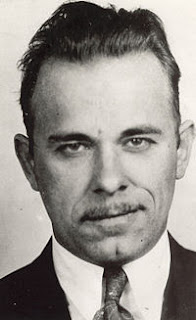 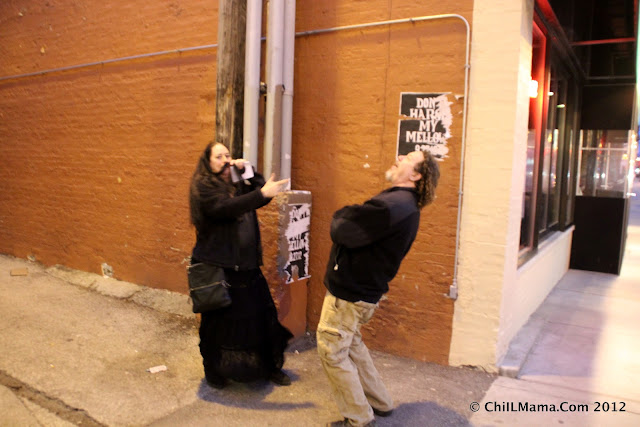 No theatre goers were harmed in the making of this feature. 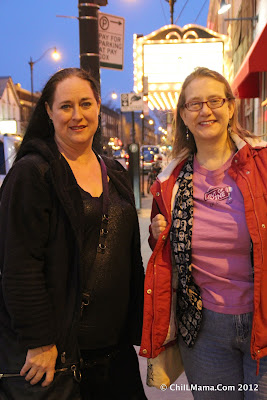 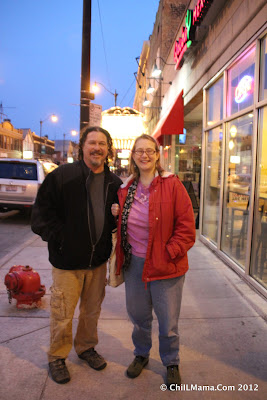 More Happiness!
There Is a Happiness That Morning Is

There Is a Happiness That Morning Is

“. . . richer, funnier, and more heartbreaking than ever… If the American theater harbors a precedent for Mickle Maher’s astonishing 2011 play There Is a Happiness That Morning Is, I’ve never found it . . .”
–Chicago Reader

“The most remarkable mix of poetry and drama you are ever likely to see.”
-WBEZ

“FUNNY, WITTY, LITERATE, and PROFOUND… It’s the actors who make it a slam-dunk”
–Windy City Times

Theater Oobleck revives Mickle Maher’s comedy in rhymed verse told via two lectures on the poetry of William Blake: one given in the morning by Bernard, a middle-aged, barely published poet of scant scholarship, on the Songs of Innocence, and the other in the afternoon by his lover, Ellen, a reputable Ph.D., on the Songs of Experience.

Having engaged the evening before in a highly inappropriate display of public affection on the main lawn of their rural New England campus, the two undergraduate lecturers must now, in class, either apologize for their behavior or effectively justify it if they want to keep their jobs.
Featuring Diana Slickman, Colm O’Reilly, and Kirk Anderson. 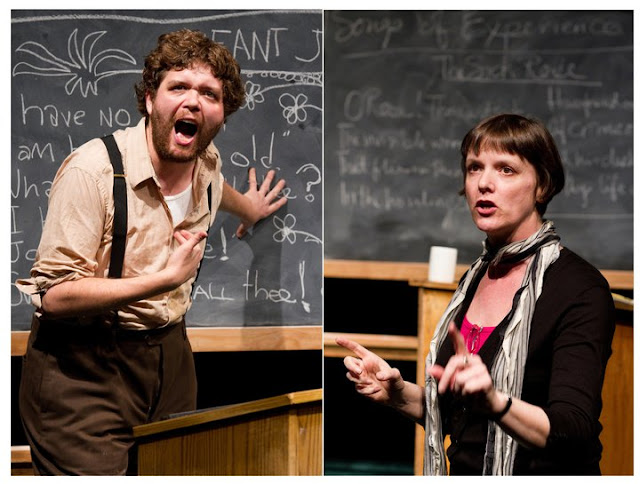 The script of There Is A Happiness That Morning Is is also available as part of the book of Oobleck plays More If You’ve Got It. Purchase it directly from us. 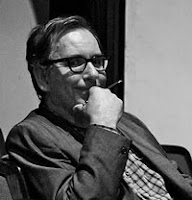 Check out this audio link to an interview with Mickle Maher about how he wrote the play.   Then go already.   This weekend is your last shot at Happiness!
Happiness playwright Mickle Maher talks about the power of public sex, the actor’s prerogative, and why the play was almost about mummies in this half-hour podcast from Talk Theatre in Chicago. Includes bonus stale bread metaphors! 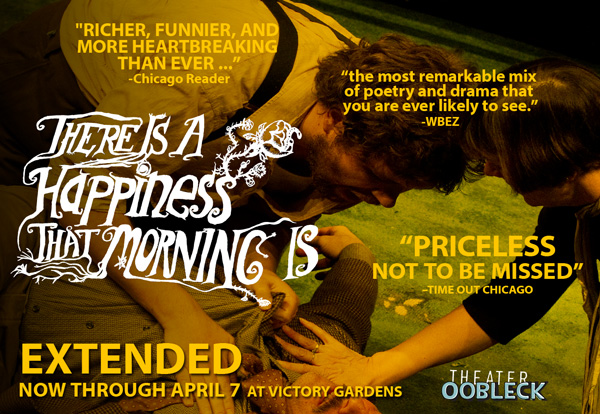 Posted by Bonnie Kenaz-Mara at 2:54 PM No comments:

Email ThisBlogThis!Share to TwitterShare to FacebookShare to Pinterest
Labels: Act Out, Ana Sage, Biograph Theater, closing, Dillinger, show review, The Elephant and The Whale, The Whale, Theater Oobleck, There is a Happiness That Morning Is, Victory Gardens
Older Posts Home
Subscribe to: Posts (Atom)