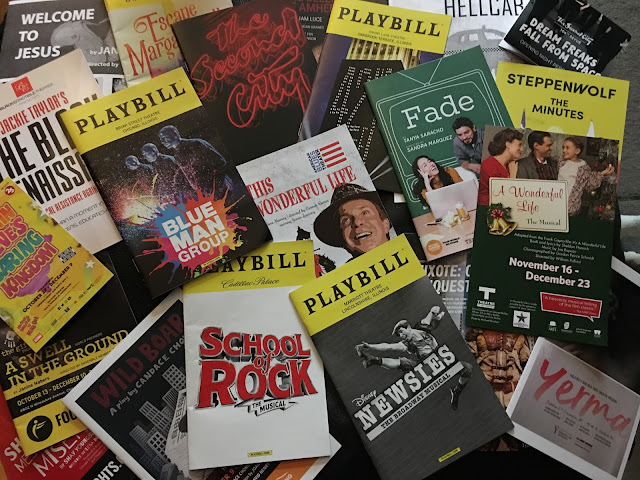 Photo Credit for All: Bonnie Kenaz-Mara

Tis the season for a flurry of theatre in Chicago and shows are a great way to entertain family during the winter break, make memories with visiting guests, and take care of your holiday gift list in style. Theatre tickets make excellent presents that don't add to clutter or end up in a landfill. Think theatre for 2017. Here are some of our top picks here at ChiIL Mama (family friendly) and ChiIL Live Shows (adult). Check back early and often for our theatre news, original reviews, interviews, great ticket giveaways, and photo filled features. Use our side search bar and key words to make life easier.

SOME OF OUR FAVORITE 2017 HOLIDAY PRODUCTIONS & EVENTS 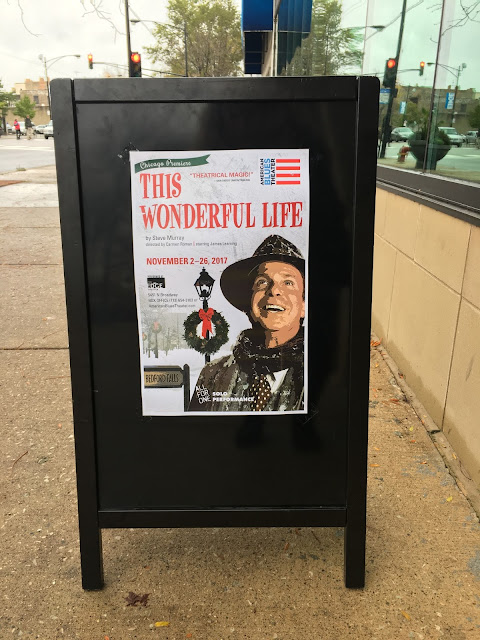 Founding Ensemble member and Chicago’s original “George Bailey” James Leaming inhabits every role in this hilariously touching stage adaptation of the iconic holiday film It’s a Wonderful Life. George Bailey, Clarence, Mr. Potter, and the gang come to life as a single actor creates a heartwarming story about the effect one hardworking man’s life has on the people around him.

For 16 years, the American Blues Ensemble has treated Chicago audiences to a live 1940s radio broadcast of holiday favorite It’s a Wonderful Life. The incredible cast recreates the entire town of Bedford Falls with Foley sound effects, an original score and holiday carols. The Bedford Falls “residents” extend their hospitality after every performance when audiences are treated to milk and cookies served by the cast. 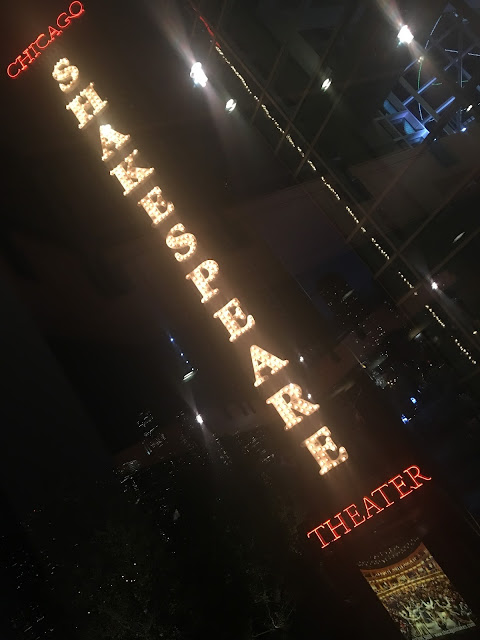 Throw your hands up, Chicago—the holiday treat set to a bangin’ beat is back! CST and Chicago hip-hop sensation the Q Brothers—creators of Othello: The Remix and Funk It Up About Nothin’—turn up the volume on Charles Dickens’ classic tale, mixing everything from reggae, dancehall, and dubstep to epic rock ballads. Brighten your festivities with some cheeky spirit and a whole lot of heart—complete with visits from a Jamaican Jacob Marley and that youngest of Cratchits, Lil’ Tim. The Q Brothers are joined by a live DJ as the ghosts of Hip-hop Past, Present, and Future lead Scrooge on a journey of rhythm, rhyme, and redemption. 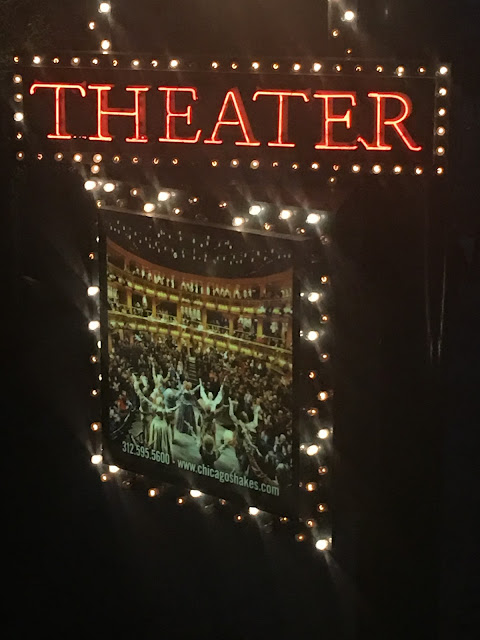 With a lively score and captivating choreography, A Christmas Carol will take families on a timeless holiday adventure with Scrooge as he travels through time with three special ghosts. Over 30 colorful Dickensian characters are brought to life on stage in this uplifting tale of hope and redemption. Complete with falling snow, magical illusions and special effects, the play is a visually-stunning experience, and at one hour long, perfect for children of all ages. On select performance dates, families will have the opportunity to have breakfast or dinner with Santa Claus in Drury Lane's elegantly decorated dining room. Tickets for Drury Lane Theatre productions are available by calling the box office at (630) 530-0111, TicketMaster at (800) 745-3000 or visiting DruryLaneTheatre.com.

THANKSGIVING DAY BRUNCH
Thursday, November 23, 2017
10:00 a.m. to 5:00 p.m.
Price:   Adults - $50
Child 6 to 12 - $16
Child 3 to 5 - $10
Child 2 and Under - FREE
Leave the cooking to Drury Lane this Thanksgiving! Start your morning off with our seasonal pumpkin chai latte before enjoying traditional favorites like roasted turkey, cranberry and apple stuffing, and roasted butternut squash. Then, stop by our dessert table to indulge in our warm bread pudding with caramel apple sauce or choose from our assortment of seasonal pies.

Start your morning with Santa! Join us for our family-friendly breakfast before seeing our production of Charles Dickens’ A Christmas Carol, the classic holiday tale of the miserly Ebenezer Scrooge. Stop by our yogurt bar, make your own donuts, and enjoy our holiday hot chocolate station. Let the little ones write out their holiday wishes in a letter to Santa that we send straight to the North Pole!

CHRISTMAS BRUNCH WITH SANTA
Sundays, November 26 and December 3, 10 & 17
10:00 a.m. to 1:00 p.m.
Price:   Adults - $50
Child 6 to 12 - $16
Child 3 to 5 - $10
Child 2 and Under - FREE
Celebrate the holiday season with our exquisite brunch! From eggnog and cinnamon rolls to green bean casserole and hand-carved roasted turkey, we have all your holiday favorites. Gather around our 20-foot sparkling Christmas tree for a family photo before seeing our toe-tapping production of 42nd Street. Don’t forget to say “hi” to Santa!

Take a break from holiday shopping and indulge in our special holiday afternoon tea. Listen to Christmas favorites played by our classical pianist and enjoy seasonal specialties under the twinkling lights of Drury Lane’s festive 20-foot Christmas tree. Featuring freshly baked breads and scones, holiday tea sandwiches, enticing desserts, as well as an assortment of seasonal teas, including harvest apple spice and spiced ginger plum, and hot chocolate for the children. Champagne is also included!
Reservations must be made 24 hours in advance!

Treat the whole family to a festive evening with a savory dinner before the December 13th evening performance of Charles Dickens’ A Christmas Carol, the classic holiday tale of the miserly Ebenezer Scrooge. Stop by our holiday hot chocolate station before enjoying our seasonal quiche, honey-glazed ham, and whipped potatoes with gravy. Take a photo with Santa (or write him a letter!) and then gather the whole family for a photo in front of our elegant 20-foot Christmas tree!

NEW YEAR’S EVE
Saturday, December 31, 2017
3:00 pm, 3-course meal, $40
6:00 pm, 4-course meal, $70*
9:00 pm, 4-course meal, $65*
6pm and 9pm seatings include a commemorative flute
Ring in 2018 with Drury Lane’s New Year’s Eve Celebration. Gather your friends and indulge in a decadent four-course dinner at Lucille. As midnight approaches, celebrate with a complimentary champagne toast and dancing with our live band until 1 am.  Add to the celebration with a performance of the beloved tap classic 42nd Street.


OTHER PRODUCTIONS DURING THE HOLIDAY SEASON 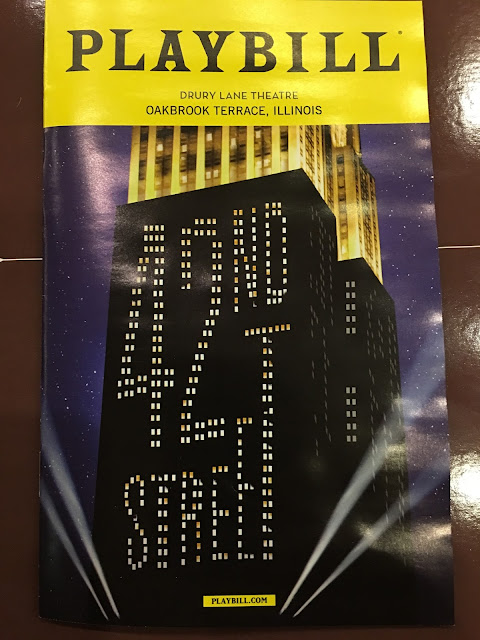 Tap through this year’s holiday season with the 1980 Tony Award winner for Best Musical, 42nd Street! In this Broadway favorite, aspiring chorus girl Peggy Sawyer lands a bigger break in New York City than expected. When the leading lady injures her ankle, Peggy gets the chance of a lifetime to rise from showgirl to star of a glitzy new Broadway musical. With show stopping tap numbers and unforgettable hits such as “We’re In The Money,” “Lullaby of Broadway,” and “Shuffle Off to Buffalo,” Warm your Chicago winter with 42ND Street – a love letter to the Great White Way. The creative team and cast for 42nd Street will be announced at a later date. 42nd Street is suitable for all audiences but most enjoyable for ages 5 and up. 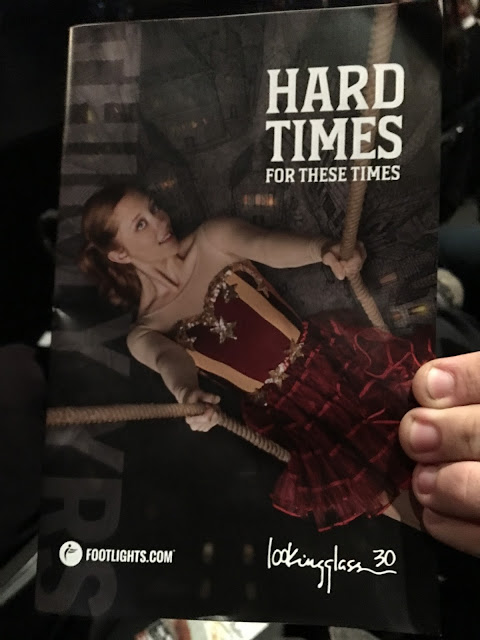 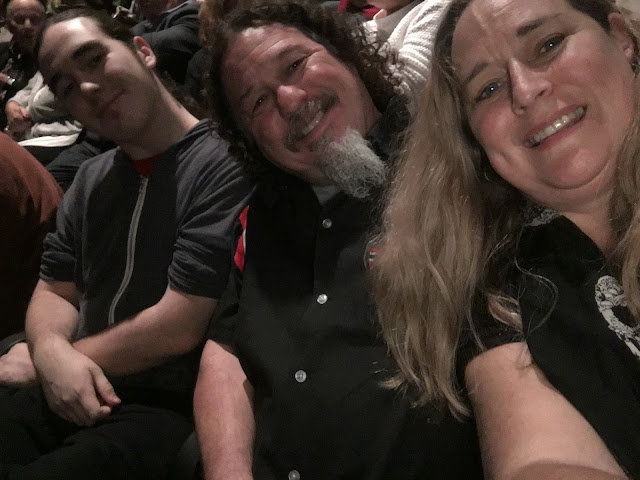 Lookingglass launches its 30th Season with the return of the award-winning, circus-infused Hard Times.

A Dickensian carnival of characters inhabits the streets of smoke-choked Coketown: grim Mr. Gradgrind’s school churns out joyless students; poor Stephen Blackpool toils in the nearby mines; and mill-owner Mr. Bounderby, full of bluster and bombast, presides over it all. Only when a traveling circus alights nearby, and young orphan Sissy Jupe enters their world, does a ray of hope shine through.

Artistic Director Heidi Stillman adapts and directs this timeless love-letter to the power of beauty, hope, and imagination. 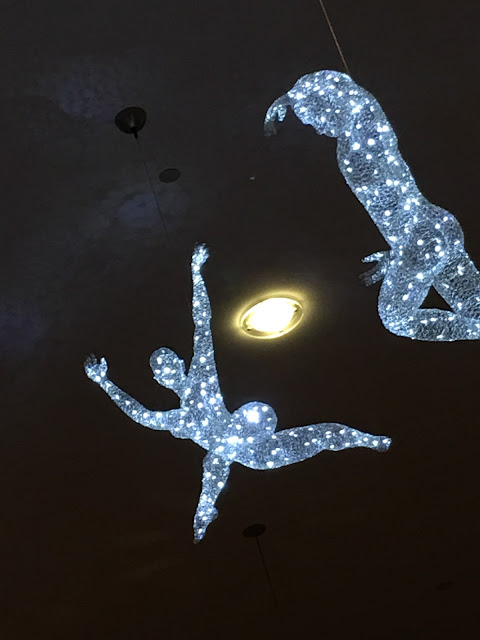 The Book of Will
By Lauren Gunderson
Directed by Jessica Thebus
November 9 – December 17, 2017

William Shakespeare wrote some of the world’s most beloved plays – but without his friends, they may have been lost to history! Follow the members of Shakespeare’s own company as they cunningly navigate the production of the First Folio in 1623. They may not have any money or clear-cut rights to his work, but they’re armed with wit, humor, a deep camaraderie and a passion to preserve the plays that shaped their lives. With the help of their wives and colleagues, two actors set out not only to print a collection, but to uphold a legacy for the world. 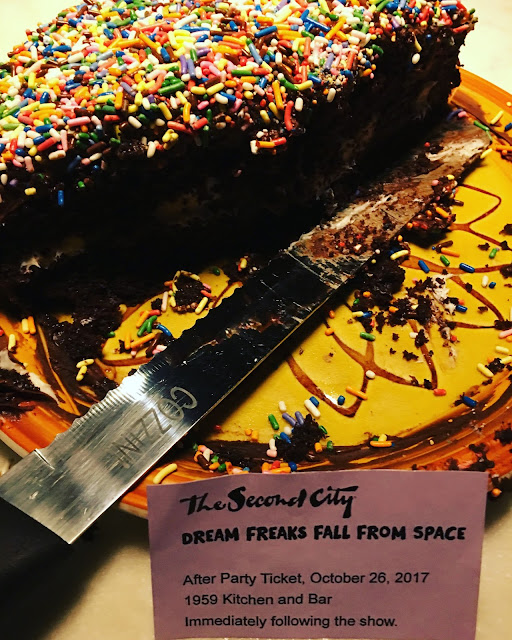 THE SECOND CITY
1616 N. Wells St.
(312) 337-3992
www.SecondCity.com
The full schedule at The Second City, including holiday programing, is available online.

In one of the comedy industry’s most anticipated traditions, iconic Chicago comedy institution The Second City is proud to announce the opening of its upcoming 106th Mainstage revue, Dream Freaks Fall From Space. The all-new show is written and performed by second-time Mainstage cast member Kelsey Kinney and new cast members Ryan Asher, Tyler Davis, Jeffrey Murdoch, Tien Tran, and Nate Varrone. Jeff Award winner Ryan Bernier returns to direct his sixth resident show. Vinnie Pillarella returns as music director, as does longtime stage manager Craig Taylor, who has been at the technical helm of shows featuring legendary alumni including Chris Farley, Tina Fey, and Stephen Colbert over the course of his storied career at The Second City. 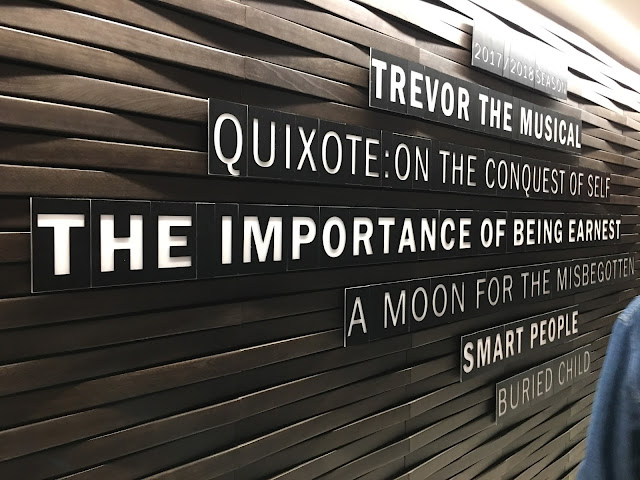 The House Theatre of Chicago’s The Nutcracker,
Through December 30
**CONGRATS TO OUR 4 TICKET WINNER, D'ARCY. ($160 VALUE)**

The House Theatre of Chicago’s The Magic Parlour, Open Run, tickets now on sale through July

The Neo-Futurists’ The Infinite Wrench,
ongoing

Posted by Bonnie Kenaz-Mara at 12:16 PM No comments: