The dates have shifted forward a bit since we first began promoting this show waaaaaay back in March. It's nearly here and we couldn't be more excited. We adored Potted Potter and the adults in our family are also huge Game of Thrones freaks. Can't wait to catch this one!

*Do note, the show does contain adult content...
Duh! It's a GOT parody people.*


FROM THE PRODUCER OF POTTED POTTER
GRAEME OF THRONES
TO PLAY CHICAGO’S BROADWAY PLAYHOUSE AT WATER TOWER PLACE
NOVEMBER 1- 15, 2016

Created by a team of some of the UK’s top comedy writers, GRAEME OF THRONES is an original and un-authorized parody on the international phenomenon that is Game Of Thrones. A treat for fans and an introduction for the unenlightened. 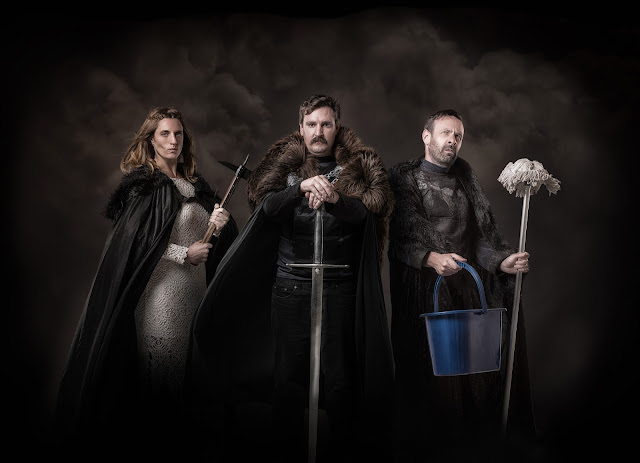 CASTING FOR CHICAGO ENGAGEMENT OF GRAEME OF THRONES

Original cast members Ali Brice (Graeme) and Libby Northedge (Bryony) are joined by Michael Condron (Paul), who has appeared in Seasons 5 and 6 of GAME OF THRONES as Bowen Marsh.

In this critically-acclaimed theatrical journey through the Seven Kingdoms, direct from sold out shows in London’s West End, avid ‘Thrones’ fan Graeme just wants to recreate his favorite fantasy saga on stage - aided and abetted by his best friend Paul and the girl he used to fancy at school - Bryony.

He doesn’t quite have the same budget as the TV show, or as many cast members, or the performance skill required, but he’s sure George RR Martin would approve – and that’s what matters. But when news reaches them that an influential theatrical producer is in the building, Graeme decides that this could be his big break - as long as nothing goes wrong...

CAST BIOGRAPHIES
ALI BRICE (Graeme) is a character comedian and actor. Performing since 2009, Brice creates very silly, vividly-coloured worlds full of very silly, larger-than-life characters. In 2014 Brice took Eric Meat Wants to Go Shopping to the Edinburgh Fringe to critical acclaim. He is a member of the London-based alternative comedy collective Weirdos. Ali was in the original Graeme Of Thrones cast in London’s West End and has since gone on to tour the UK and Australia with the show.

LIBBY NORTHEDGE (Bryony) has worked as both a performer and director with notable companies including Punchdrunk, NIE, BBC, Sky Arts. Libby is one half of clown and character sketch duo Twisted Loaf. In 2013 they won the prestigious Funny Women Award and have since had two smash hit Edinburgh Festival shows that have both transferred to the West End. They wrote and starred in their own short film for Sky and are currently in development for a TV series. Libby is a regular improviser, having spent the summer of 2012 performing with IO and Second City in Chicago. Libby was in the original cast of Graeme Of Thrones in London’s West End and has toured with the show across the UK and in Australia.

MICHAEL CONDRON (Paul) performs regularly at Belfast Lyric Theatre and his credits include:
39 Steps, Smiley, Hee Comes the Night, Macbeth and Much ado About Nothing, Jhn Bulls Other Island, The Miser by Moliere adapted By David Johnston. Michael performed with the Boat Factory, off Broadway, Kings Head Theatre, Edinburgh Fringe Festival with other Local and Regional tours. He has worked with many other venues and touring companies in the UK and Ireland, including Mirandolina (Manchester Royal Exchange) Mojo Mickybo (lyric Hammersmith) Borderland (7:84 Theatre Co), Da (Art NI) Revnge, Lally the Scut (Theatre Co), Oh what a Lovely War, Threepenny Opera, Blue Remembered Hills, The Government Inspector (Bruiser Theatre Co). 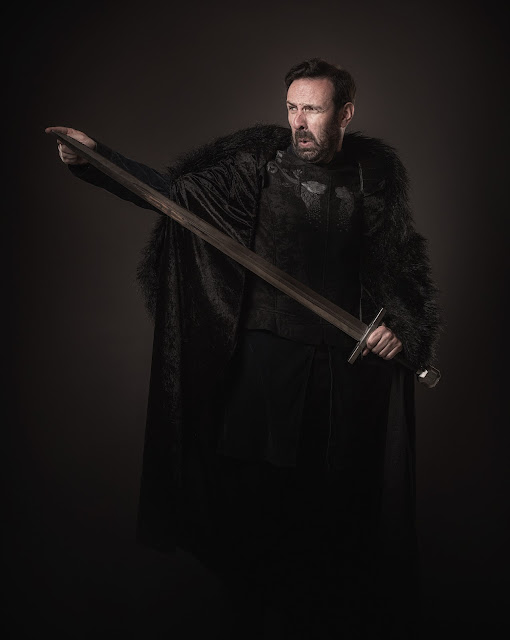 Posted by Bonnie Kenaz-Mara at 11:21 AM No comments: