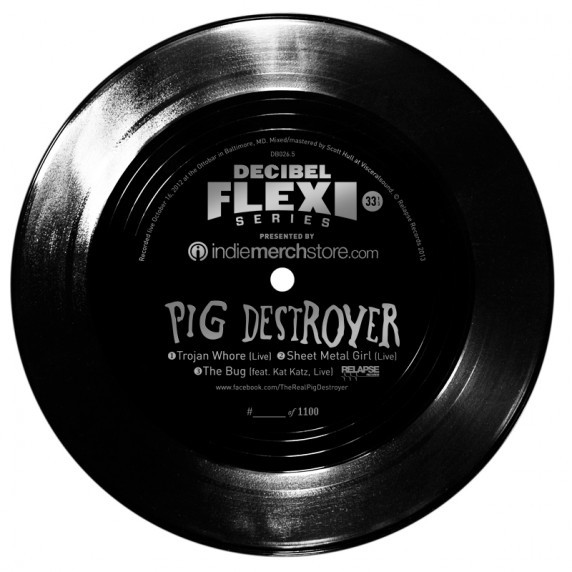 The undisputed kings of Grind PIG DESTROYER recently took part in the Decibel Magazine 100th Issue Anniversary Show.  At this show, a limited edition (1100) PIG DESTROYER Flexi was given to all fans attending the event.  The Flexi features three exclusive live PIG DESTROYER songs.  Although the Flexi cannot be purchased Decibel Magazine is giving fans the opportunity to check out the tracks on their "Deciblog".  Listen to the stream HERE.

PIG DESTROYER will be heading over to Europe for select headline and festival dates.  A complete list can be found below.

The band was just confirmed for the Hopscotch Fest in Raleigh, NC, where they will perform alongside label-mates ASG and Inter Arma.  The fest is scheduled for September 5th - September 9th.
PIG DESTROYER released a never before heard EP entitled Mass &Volume.  This EP is dedicated to the memory of Pat Egan and to the loving family he left behind.  The EP is a Doom EP and the artwork was created by Arik Roper.

The EP is available for purchase at http://patlapse.bandcamp.com/album/mass-volume.  This is the only format that this EP is available in and all proceeds of this recording will be donated to the college fund of Pat Egan's daughter Katie.

Posted by Bonnie Kenaz-Mara at 5:53 PM No comments: 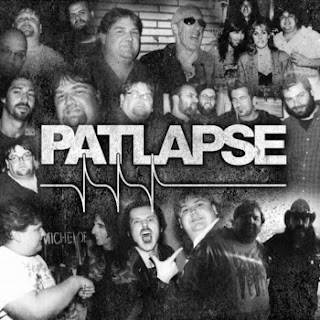 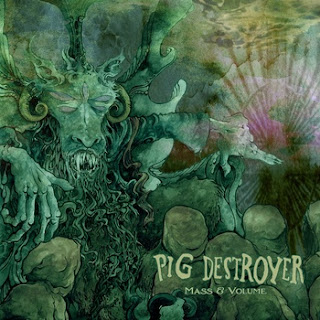 Posted by Bonnie Kenaz-Mara at 12:16 PM No comments: