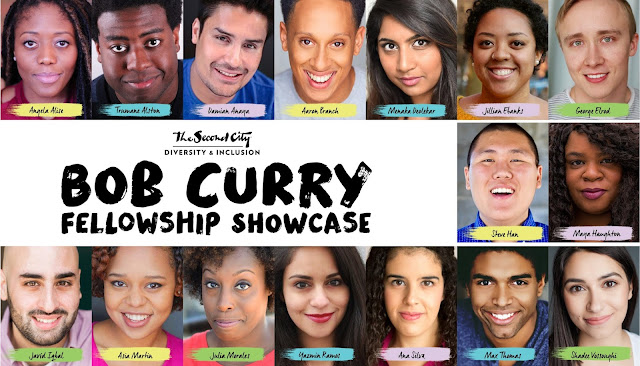 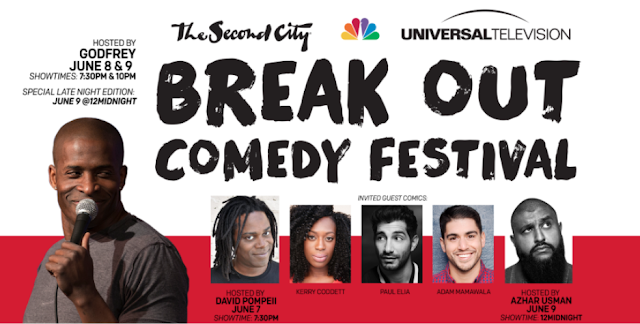 The Second City will bring diverse new voices to the forefront of the comedy world with a series of events June 6 - 9, 2018. The weekend kicks off with the 5th annual Bob Curry Fellowship Showcase, featuring 16 of the best and brightest new voices in comedy. The 4th annual NBCUniversal Second City Break Out Comedy Festival, which spotlights rising talent from across the country, will be hosted by incomparable comic Godfrey (Comedy Central, VH1, BET), Second City alumnus David Pompeii (Comedy Central, Key and Peele) and special guest Azhar Usman (Comedy Cellar of NY).

“The Diversity and Inclusion program was formally introduced over 25 years ago as part of Second City’s ongoing mission. We couldn’t be more thrilled with the Bob Curry and Break Out Festival events, which are the centerpieces of the initiative and a vital part of the overall programming at Second City,” said Dionna Griffin-Irons, Director of Diversity Talent and Development. “No fan of comedy should miss out on this weekend exploding with fresh, diverse voices.”

Back for its fourth year, this dynamic partnership with NBCUniversal and Second City will again showcase some of the hottest emerging and seasoned diverse comedic acts in stand-up, sketch and improv from around the country. This year’s Break Out Comedy Festival includes hosts Godfrey (Comedy Central, VH1, BET), David Pompeii (Comedy Central, Key and Peele), Azhar Usman (Comedy Cellar of NY) and a lineup of Chicago favorites and emerging comedic acts.

About The Second City
Since opening its doors 1959, The Second City has grown to become the world’s premier comedy club, theater and school of improvisation, entertaining 1 million theatergoers a year around the globe. Alumni of The Second City’s resident stages, touring companies, and theatrical divisions include some of the biggest names in entertainment, and in addition to the sold-out shows playing nightly on resident stages in Chicago and Toronto, the comedy empire has staged productions with a wide range of illustrious creative partners and theatre companies, including the Lyric Opera of Chicago, Hubbard Street Dance Chicago, The John F. Kennedy Center for the Performing Arts, Goodman Theatre, Center Theater Group Los Angeles, Portland Center Stage, Toronto Symphony Orchestra, La Jolla Playhouse, Woolly Mammoth Theatre, and even the Chicago Bulls.
Posted by Bonnie Kenaz-Mara at 9:36 AM No comments: