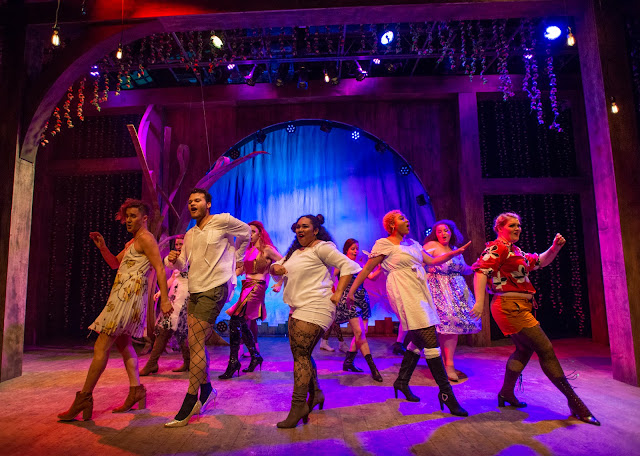 When I walked into HEAD OVER HEELS, 80's music blared amid colored lights, and the audience was already singing along, dancing in their seats and grinning in anticipation. The festive, party atmosphere was palpable and the good vibes were contagious. With catchy, familiar songs by The Go-Go’s and a surreal plot based on a prose romance work from the 16th century, HEAD OVER HEELS is a visual feast and hella fun. This convoluted and far fetched plot could have easily devolved into campy chaos, but Kokandy's delightfully diverse cast keeps the audience enthralled as they bring this tale to life on stage. Parker Guidry is a particular standout. They have charisma and stage presence to spare and they're one to watch. I've seen Parker in other productions, and this kid is going places. Liz Norton and Jeremiah Alsop were also a delight to see in action. 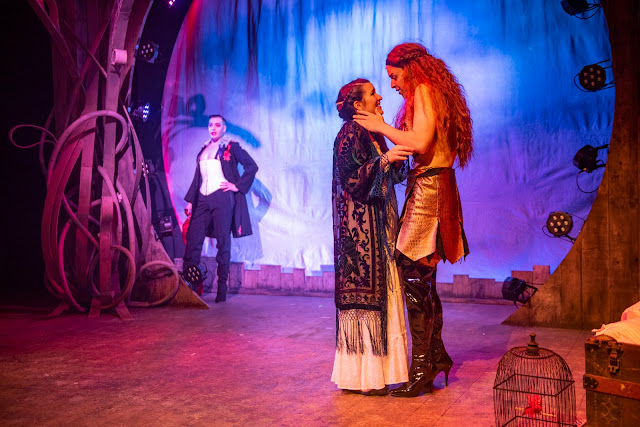 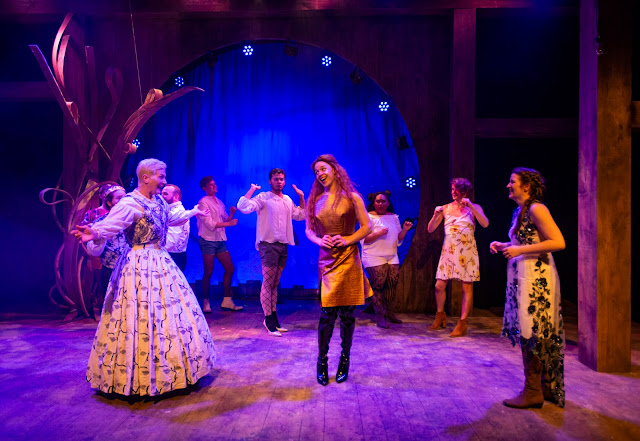 
Kudos to Kokandy for pushing the boundaries with a compelling range of ethnicities, ages, genders, shapes and sizes in this talented cast. 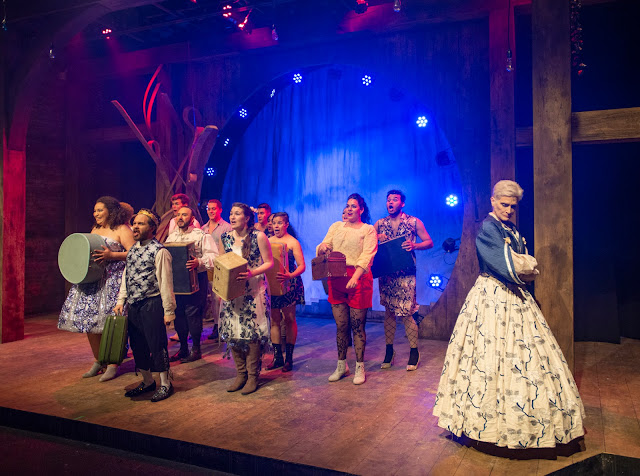 (front right) Liz Norton with the cast of Kokandy Productions’ Chicago premiere of HEAD OVER HEELS. Photo by Michael Brosilow.

Breon Arzell killed it with the choreography. And though the costumes, props and set are shoestring chic, with a solid thrift store aesthetic, they don't detract from this imaginative and highly entertaining romp. 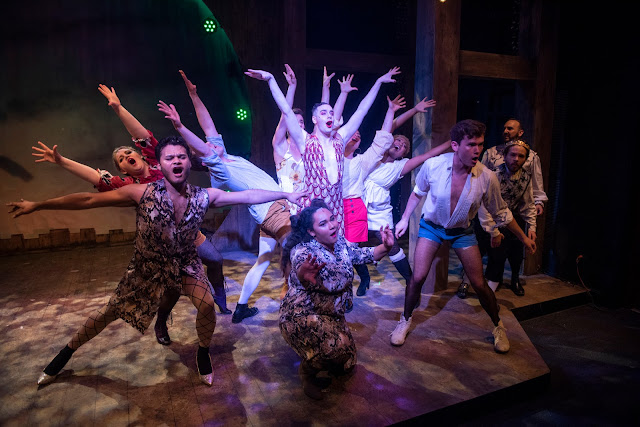 (center) Parker Guidry and the cast of in Kokandy Productions’ Chicago premiere of HEAD OVER HEELS. Photo by Michael Brosilow.


HEAD OVER HEELS is one of summer's must see shows. Don't miss this! Extended and highly recommended. 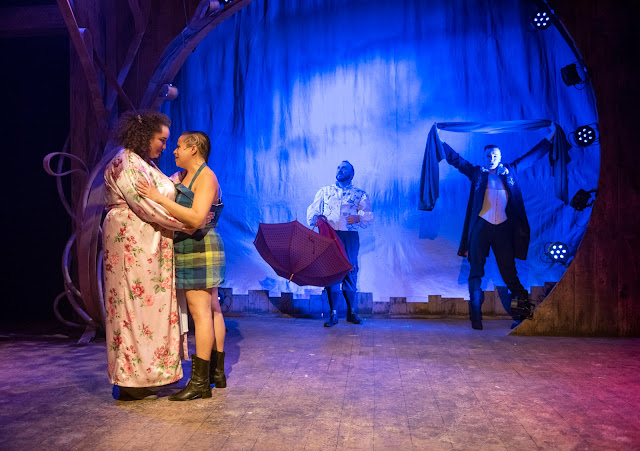 Kokandy Productions is pleased to present the Chicago premiere of the bold new musical comedy HEAD OVER HEELS, featuring songs by The Go-Go’s, based on The Arcadia by Sir Phillip Sidney, conceived and original book by Jeff Whitty and adapted by James Magruder. Making its Chicago debut just six months after concluding its Broadway run, HEAD OVER HEELS is co-directed by Kokandy’s new Producing Artistic Director Derek Van Barham (he/him/his) and Elizabeth Swanson (she/her/hers/they/them/theirs), with music direction by Kyra Leigh (she/her/hers) and choreography by Breon Arzell (he/him/his). HEAD OVER HEELS will play July 1 – August 25, 2019 at Theater Wit, 1229 W. Belmont Ave. in Chicago. Tickets are currently available at www.kokandyproductions.com, by calling (773) 975-8150 or in person at the Theater Wit Box Office. 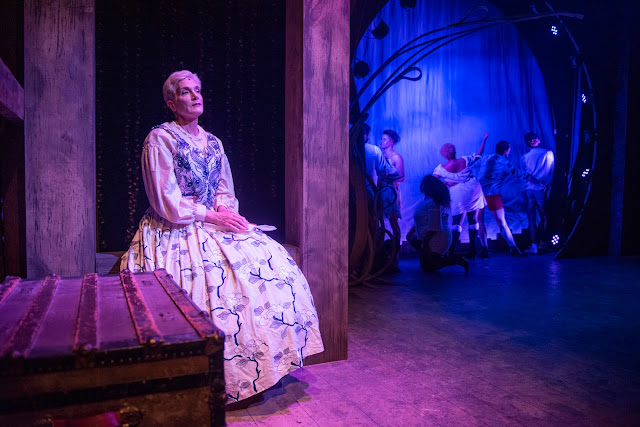 (front left) Liz Norton with the cast of Kokandy Productions’ Chicago premiere of HEAD OVER HEELS. Photo by Michael Brosilow.

From the visionaries that rocked Broadway with Hedwig and the Angry Inch, Avenue Q and Spring Awakening, HEAD OVER HEELS is a laugh-out-loud love story is set to the music of the iconic 1980’s all-female rock band The Go-Go’s, featuring the hit songs, “We Got the Beat,” “Our Lips Are Sealed,” “Vacation,” Belinda Carlisle’s “Heaven is a Place on Earth” and “Mad About You.”

A hilarious, exuberant celebration of love, HEAD OVER HEELS follows the escapades of a royal family on an outrageous journey to save their beloved kingdom from extinction – only to discover the key to their realm’s survival lies within each of their own hearts.

Rush tickets: Kokandy Productions will partner with TodayTix to offer $15 mobile Rush tickets beginning at 9 am each performance day. Tickets are available on a first-come, first-served basis exclusively through the TodayTix app. 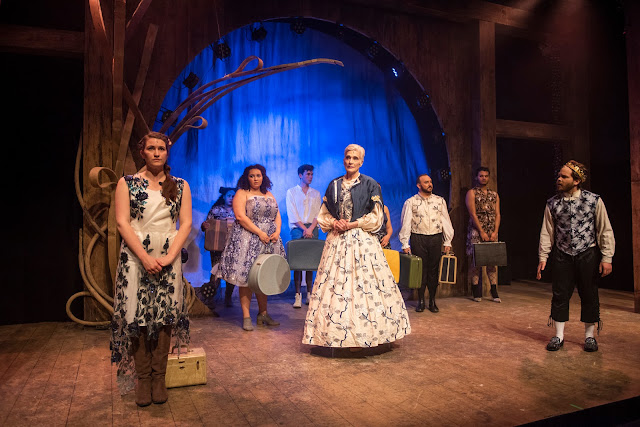 Derek Van Barham (Co-Director) is the Producing Artistic Director of Kokandy Productions, and a member of the Red Tape Theatre ensemble. He previously served as Associate Artistic Director of Pride Films & Plays. For PFP, he directed Perfect Arrangement, Angry Fags (Steppenwolf Garage), Songs from an Unmade Bed (Jeff nomination), and (co-directing) PRISCILLA, Queen of the Desert. Choreography credits include The CiviliTy of Albert Cashier and BITE (PFP), all Black Button Eyes productions, and Salonathon. Other directing credits includeThe View Upstairs (Circle Theatre), Three Days of Rain (Boho) and Miracle! by Dan Savage and Skooby Don't! (Hell in a Handbag). He was named one of Windy City Times 30 Under 30, recognizing Chicago's LGBTQ+ community.

Elizabeth Swanson (Co-Director) is a Chicago-based theater director. Recent credits include I Know My Own Heart (Pride Films & Plays), Hildegard: A New Musical (With a Machete Productions), Where All the White Sneakers At? (Second City) and Lungs (Granary Theatre, Cork, Ireland). Assistant directing credits include Fun Home (Victory Gardens Theater), Love’s Labour’s Lost (Chicago Shakespeare Theater) and Vardo for the Dublin Theatre Festival (Anu Productions). Elizabeth has also directed for Stage 773’s Artists Lab, as well as festival shows and readings with About Face Theater, Chicago Dramatists, Chicago Theater Marathon, The New Colony and Waltzing Mechanics, among others. Elizabeth holds an MFA from the Lir National Academy of Dramatic Arts at the University of Dublin. elizabethswansondirector.com

Kyra Leigh (Music Director) is active as both a musician and actor. She’s composed and performed for the prestigious Stewart Ostrow Musical Theatre Lab, Prop Thtr, and released a full length album, “Transfigure.” She’s acted with the Jeff Award-winning Theo Ubique, The National Pastime Theatre, and is making her debut with Pride Films & Plays. She’s performed as a solo artist at venues such at Mary's Attic, Park West, The Abbey Pub and Davenport’s. She also directs shows at the Chicago School of Rock and is an active church musician with North Shore Baptist. She is a passionate advocate for trans visibility in the worlds of pop music, classical music and theatre. She is currently represented by DDO Artists.

Breon Arzell (Choreographer) Most commonly known as an actor, Arzell's breakout, and award-winning, premiere as a Chicago choreographer came with Oracle Productions' The Hairy Ape. The Detroit native received his first training while at Miami University. In Chicago, he has worked as a dancer, choreographer and instructor at Joel Hall Dancers & Center, Porchlight Music Theatre, Vagabond School and The Goodman Theatre (for their Musical Theater Program). Developing his own style of dance (hip-hop, jazz, modern, lyrical, contemporary and body percussion) and storytelling, movement credits include: We Are Proud to Present (Steppenwolf Theatre), Poseidon!(Hell in a Handbag), The Total Bent (Haven Theatre/About Face), Rightlynd, The House That Will Not Stand(Victory Gardens Theater), Night Runner, Wig Out (DePaul University); Julius Caesar (Writers Theatre), Marie Christine  (BoHo Theatre), The Wiz  (Kokandy), Scottsboro Boys (Porchlight Music Theatre), and more. His talents have allowed him to work all across the U.S., Canada, England, Italy, Germany, Denmark, Singapore and Malaysia. 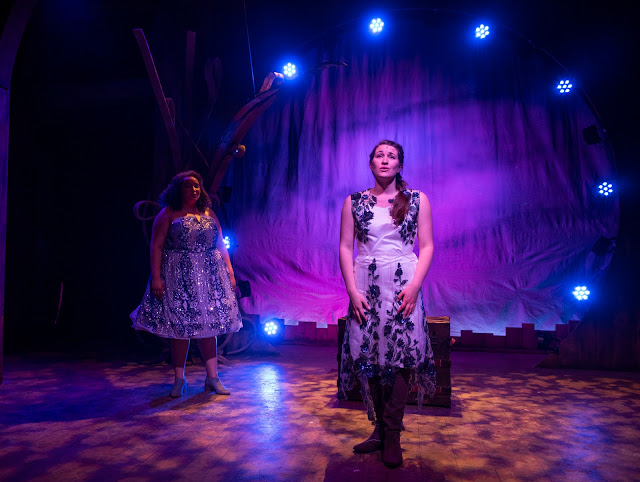 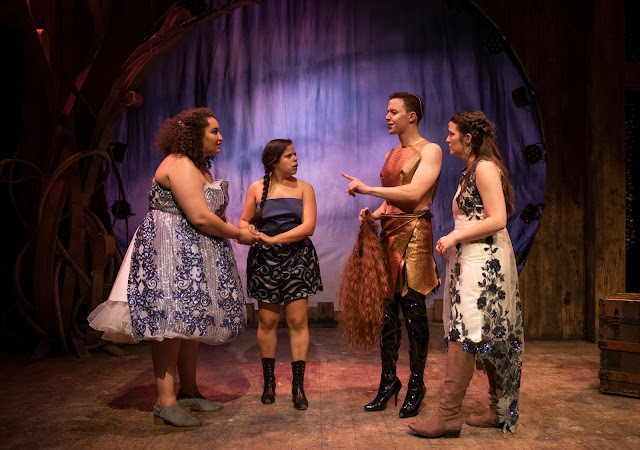