ACT OUT: Gorilla Tango Burlesque Round Up & Donna Madonna

Now that it's October, Halloween is in the air.   We'll be doing a Gorilla Tango late night double feature October 6th and we'll have a review up for you shortly.   We'll be checking out both Fellowship of the Boobs & Boobs of the Dead.

For now here's a mini GT round up: 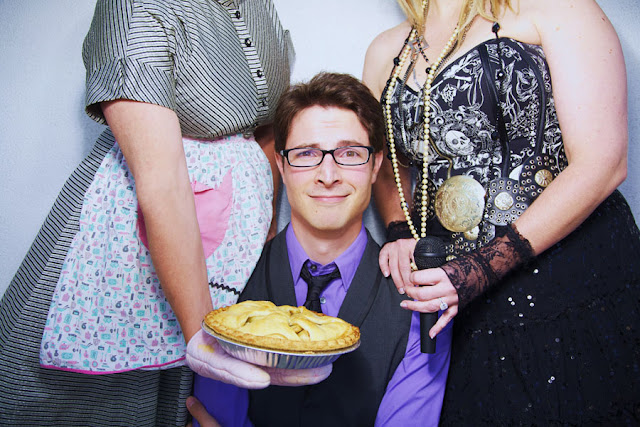 Rizzo 39 Productions has announced a one night only
engagement of DONNA/MADONNA at the Gorilla Tango
Theatre Bucktown (1919 N Milwaukee Ave. Chicago,
IL 60647) on October 16 at 7:30pm. Written and
performed by John Paul Karliak, DONNA/MADONNA is
directed by Tiger Reel and Matthew Craig. Tickets
are $20 and available at www.gorillatango.com or
773-598-4549.

In this hilarious and poignant autobiographical
one-act, writer/performer John Paul Karliak wants
desperately to be the perfect son for his adopted
mother, a doting Catholic housewife from Scranton,
PA. But realizing he will never be the ideal local
boy, he seeks answers from a very different
source: his fashion journalist,
married-to-a-British-pop-star birth mother.

Donna/Madonna is a tale of motherly love and and characters like Darth Vader, Carol Channing and John Paul's unforgettable mothers.

Donna/Madonna was the winner of the Best One Man

Show Award (2010 United Solo Theatre Festival in
New York), Best of Fringe Award (2011 New York
International Fringe Festival), Overall Excellence
in Solo Performance Award (2011 San Francisco
Fringe Festival), and Best Solo Performance (2011
StageSceneLA.com Awards). Last year, the show
enjoyed a successful run at Hollywood’s Lounge
Theatre.
John Paul Karliak’s LA theatre credits include The Mistakes Madeline Made, The Girl, the Grouch & the Goat, Into the Woods, Inherit the Wind, Women and Wallace, Whatever, and Sexual Perversity in Chicago. A graduate of the USC School of Theatre, iO West and Second City Training Center, John Paul has written numerous short films and plays which have been produced in various locales around the country, including Donna/Madonna, which is his first full-length solo production.

Tickets for Donna/Madonna at the Gorilla Tango
Theatre are available now, online at
www.gorillatango.com or by calling (773) 598-4549.
All seats are $20. Gorilla Tango is located at
1919 N. Milwaukee Avenue in Chicago, 60647. For
more info, visit www.donnamadonnashow.com.

BOOBS OF THE DEAD: A WALKING DEAD BURLESQUE
Hottest. Apocalypse. Ever. 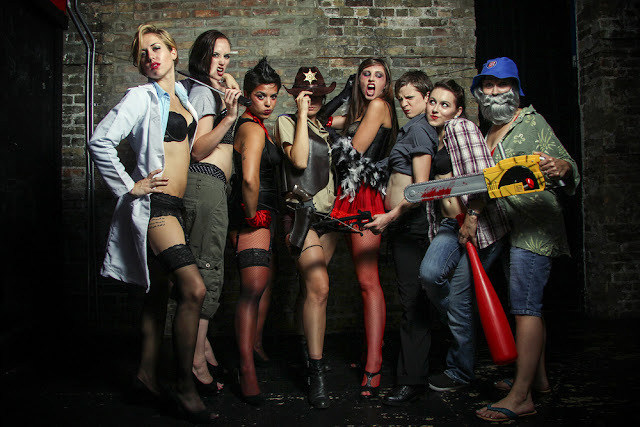 Soft, eerie moans. The relentless approach of shuffling footsteps. And glitter. So. Much. Glitter.

Just in time for Halloween, Gorilla Tango Burlesque presents BOOBS OF THE DEAD: A WALKING DEAD BURLESQUE, the latest in a long line of unique and immensely popular scripted burlesque parodies. On stage in October ONLY, this silly, sexy Zombie-filled romp comes to life Fridays at 9pm and Saturdays at 11:59pm, October 5-27, 2012, with a special final performance on Wednesday, October 31st at 9pm (1919 N. Milwaukee Avenue, Chicago IL 60647). Tickets are $20; *18 and over only. Advance purchase highly recommended (tickets are already selling strong!) at www.gorillatango.com/zombies or by phone at 773-598-4549.

You may have encountered their viral (pun intended) marketing in the form of Facebook updates from the fictional Chicago CDC which have been charting the spread of “virus B1Z3” since early August with warnings that “virus-carriers have been observed performing elaborate dance routines while removing sequined corsetry before committing heinous assaults on confused onlookers,” and, “One of the greatest dangers is that the infected show no visible signs of boas, pasties or high heels for the first 6 hours of infection... while they appear perfectly normal and super sexy they remain dangerous, and citizens should watch for these subtle signs and remain at a safe distance.”

Featuring such familiar zombie-genre archetypes as Sheriff, Wife Lady, Old Dude, Best Friend and Southern Guy, this slyly satirical exhibition of reanimated flesh will appeal to any audience seeking some glittery gore for the spooky season. One doesn’t have to be a fan of the television series to recognize the sexual tension between Wife Lady and Best Friend or enjoy Sheriff’s encounter with an attractively anthropomorphic horse.

Written and directed by internationally renowned fine art photographer K Leo, and with choreography by Erica Gerdes (the creative force behind burlesque numbers performed by some of Chicago’s most well known “classic” troupes such as Kiss Kiss Cabaret and the Belmont Burlesque Revue) this show promises to be one of the hottest tickets of Chicago’s October offerings—so take our advice and get them now (before they get you!)

BOOBS OF THE DEAD: The apocalypse has never been hotter. 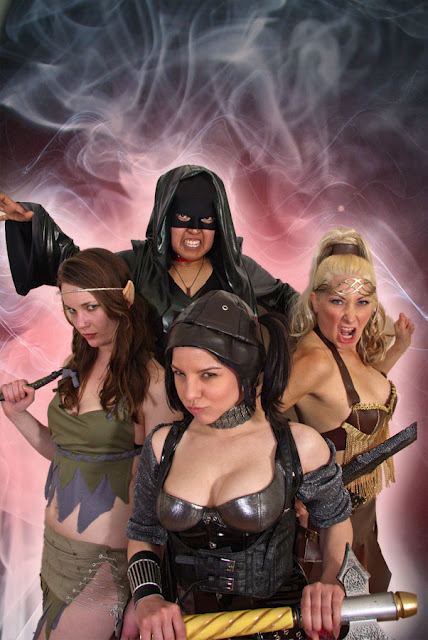 FELLOWSHIP OF THE BOOBS: A LOTR, D&D, WoW, RPG BURLESQUE ADVENTURE returns to the GT Stage for limited Engagement: Saturdays at 10:30pm, September 22 - October 27, 2012 ONLY

MORE ABOUT GORILLA TANGO BURLESQUE
Over the past almost three years (!!!), Gorilla Tango Burlesque has gone from the debut of the surprise hit “Boobs & Goombas: A Super Mario Burlesque” in October 2010 to a local burlesque/comedy powerhouse with literally thousands of audience members through the door to see unique burlesque parodies of everything from Star Wars to Indiana Jones, from superheroes to 1990s pop-culture phenomena -- and that's just a small selection of what they have available for-- as their slogan states-- "the Discerning Nerd."

GTB will debut its first Halloween-themed show, BOOBS OF THE DEAD: A WALKING DEAD BURLESQUE which runs in October only, and look for THE EMPIRE BRINGS SEXY BACK: A STAR WARS SEQUEL this November!

Gorilla Tango Theatre (GTT) provides year-round theatrical venues where audiences of all ages can consistently go to see a wide variety of talented artists. GTT exists to provide artists with an opportunity to produce their work in professional environment. GTT was created by Dan Abbate and boasts two venues: an 80-seat performance space in Bucktown and a 150-seat performance space in Skokie. GTT Bucktown is conveniently located at the intersection of Western and Milwaukee in Chicago's Bucktown neighborhood. Easily accessible by public transportation, GTT is steps away from the Western Blue Line stop and the #49 Western, #73 Armitage and #56 Milwaukee buses. Street parking is readily available.  Gorilla Tango’s Skokie Theatre is located in the heart of Downtown Skokie; street and lot parking available. With shows for all ages, all GTT performances are on a rating system, similar to the one used in movie theatres. GTT offers a variety of affordable beer and wine for purchase. Consult the website for show details, rating information, tickets, and more.

Posted by Bonnie Kenaz-Mara at 5:04 AM No comments: