Chicago’s Vintage Blue will celebrate the release of their new EP, No Going Back, with a WKQX-sponsored show at Metro on Friday, May 2. Click here for full details.

Check It Out
Vintage Blue is having a release party for their new EP at the METRO on May 2nd! You can hear them on Queued Up, Sunday nights at 7 p.m.

They'll be joined at the show by The Future Laureates, The Ivorys, and Mike Golden & Friends (Acoustic).

Walt at WKQX is hooking up a lucky Junkie with a pair of tickets to the show. Listen to Queued Up Sunday, April 27th for your chance to win VIP tickets! (Must be 21+).

Chicago’s North by North will celebrate the release of their debut, double LP, Something Wicked, with a show at the Empty Bottle on Thursday, Jan. 23: http://emptybottle.com/show/3933594/.

The album streams at http://northbynorth.bandcamp.com/.

Harnessing a love of gritty, classic rock and dance music, THE IVORYS a trio of young Chicago whipper-snappers who walk the line between power pop, indie-rock and good ol' rock'n'roll. The band has played Chicago extensively and toured around the U.S. with stops at SXSW over the past two years while building a steady fan base her at home and around the country. Come witness THE IVORYS' animated, electrifying live show with your own eyeballs and remember to clean the drool off your face.

Another power-trio of sorts, Chicago's NORTH BY NORTH veer in a completely different direction, playing more angular, heavy rock that's veers in spastic-but-anthemic directions. Tonight the band is celebrating the release of their first LP, Something Wicked, which is the perfect titled for the ball of hook-laden, noisey fury they've created in all EIGHTEEN songs. Fans of fuzzy, bluesy rock'n'roll aren't gonna want to miss their set tonight - be sure and pick up a copy of the record on your way out. 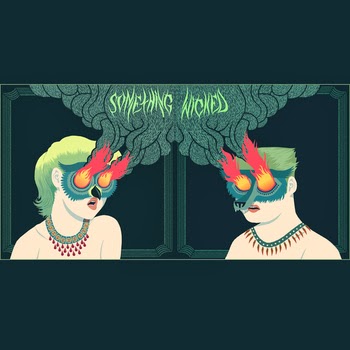 Opening tonight's show and making their EB debut is AKTAR AKTAR, a Chicago four-piece who meld Brit-pop with American folk-rock on their debut LP, Mothershipman. The album was released in late 2011 and we're excited to hear what new tunes they'll have for us tonight.